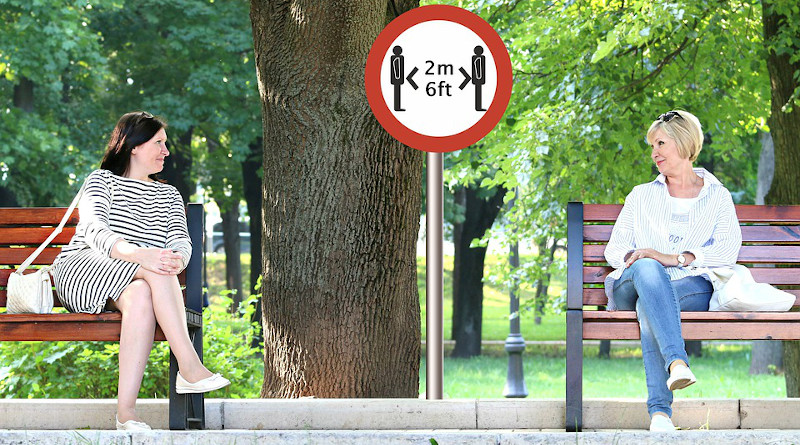 The COVID-19 pandemic has bolstered the case for large-scale government intervention in the economy and in ensuring social welfare. It has thrown into further doubt the neoliberal notion that shrinking the public sector to empower the private market will deliver optimal social and economic outcomes.

The impact of the COVID-19 pandemic is being felt globally but we can focus on the situation in Singapore and in the United Kingdom to shine a light on some of the lessons that emerge from this crisis. Indeed, focusing on these two places makes good sense particularly given the UK’s recent exit from the European Union (EU) and the championing by many Brexiteers of Singapore as a model for the UK to emulate in reshaping its economic identity.

In his 3 February 2020 RSIS Commentary, Professor David Martin pointed out many of the flaws of the small government, low regulation “Singapore-on-Thames” vision for the post-Brexit UK advanced by many neo-Thatcherites. Not least among these is the fact that the Singapore government is a major stakeholder in the Singapore economy, including via the investments of the Monetary Authority of Singapore, GIC Private Limited and the shareholdings of state investor Temasek Holdings.

The Singapore government is not “small”. It may have harnessed some of the efficiencies of the private market in delivering public goods to its population but it is not the stripped down laissez-faire model so hankered after by many economic right wingers in the UK.

Indeed, in its implementation of quarantines, social distancing measures, the Circuit Breaker, and the Unity, Resilience, Solidarity and Fortitude Budgets, the COVID-19 crisis has reminded us of one thing about the Singapore government: that it is its ability to effectively intervene in the economy and to shape social norms that enables it to manage crises successfully. This depends not only on competent decision making but also on the prioritisation of the public sector.

While the large number of COVID-19 infections among foreign workers living in dormitories has illuminated problems in the living conditions of migrant workers that the government has pledged to address, Singapore has managed to limit the spread and deadliness of the virus effectively.

Testing has been carried out on a large scale from the beginning of the outbreak until now, community spread outside of dormitories has been very limited and government messaging to the public has been clear.

Each of these successes have been absent in the UK. The British government’s complacency and vague “Stay Alert” public instruction have been roundly condemned. The government initially expressed interest in allowing at least 60 per cent of the population to contract COVID-19 in a wrongheaded attempt to develop “herd immunity”. It implemented social distancing measures and its lockdown weeks too late and after many had taken matters into their own hands and started self-isolating.

The Horse Has Bolted

In the three months between the virus outbreak and the UK lockdown, 18 million people arrived in the UK from overseas. Only in a few weeks has testing been carried out at a significant level. The stable door is being closed after the horse has well and truly bolted.

The proportion of people recorded to have had COVID-19 in the densely populated island of Singapore is approximately 0.64%; in the UK, the equivalent figure stands at about 0.41%. However, in reality the infection rate in the UK is likely much larger than this.

This is due to the fact that people with mild COVID-19 symptoms have not generally been tested but rather were instructed simply to stay at home without seeking medical attention so as not to overwhelm the National Health Service (NHS), the UK’s public health system.

Comparing the COVID-19 fatality rate in the two countries is a better measure of how the two governments have managed the crisis. In Singapore the fatality rate (the proportion of those recorded to have had COVID-19 who have died from it) stands at approximately 0.07%, while in the UK it stands at 14.2%. At the time of writing 24 people have died of COVID-19 in Singapore. In the UK, 181 NHS workers alone had succumbed to COVID-19 by 20 May.

Some have argued that the stark difference in success in fighting COVID-19 can be accounted for by the fact that certain societies value collective responsibility while others have been “infected” with libertarian values, causing individuals to behave selfishly. While this seems overstated, and many individuals in Singapore as well as in the UK have failed to mask up and practise social distancing, there may be something to it.

It is also undeniable that competent political leadership in Singapore and what many consider to be a lack thereof in the UK are key in explaining the respective success and failure in responding to the present crisis.

But there is something else significant, which is the discrepancy in prioritisation of public services as between Singapore and the UK. Despite government spending on healthcare as a percentage of GDP being approximately three times as high as in Singapore, British healthcare outcomes are much worse. As with other British public services, the NHS has been variously neglected, mismanaged, and marketised.

Exorbitant private finance initiative (PFI) costs have even forced NHS trusts to go bust and hospitals to close. The priority given to cutting costs helps to explain the dire shortage of personal protective equipment for frontline health workers during the COVID-19 outbreak.

A global recession is upon us, and Singapore and the UK will both be badly affected, as they were following the global financial crisis of 2007-2008. Back then the UK government was forced to step in to bail out the private sector in the form of “too big to fail” financial institutions. This time the private firms to be bailed out by the state will be of a much wider variety.

The COVID-19 emergency is certainly a reminder of the importance of strong political leadership but also of the dangers of marginalising the public sector in favour of privatisation for its own sake. The market cannot be relied upon to deliver optimal social and economic outcomes and this is shown most clearly during times of crisis.

*Luca Farrow is a Research Analyst with the S. Rajaratnam School of International Studies (RSIS), Nanyang Technological University, Singapore. This is part of an RSIS Series.