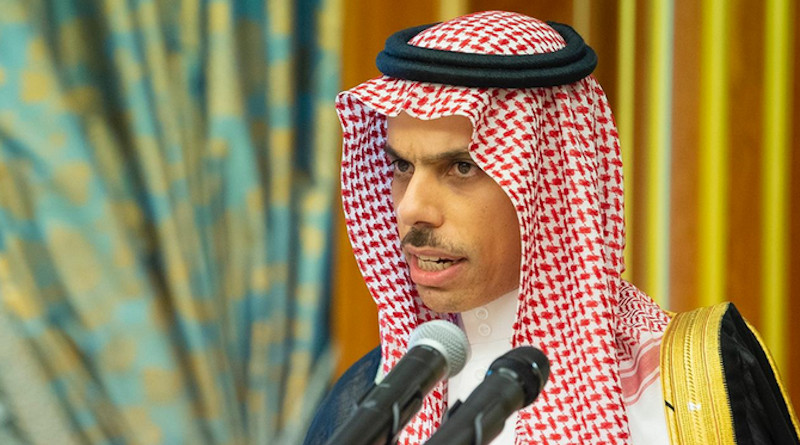 Prince Faisal bin Farhan was addressing foreign ministers at an Organization of Islamic Cooperation (OIC) meeting to discuss a response to the Israeli threats.

Prime Minister Benjamin Netanyahu has said Israel intends to extend its sovereignty over Jewish settlements in the Palestinian West Bank, which has been occupied by Israel since 1967.

Prince Faisal said the plan was “a dangerous escalation that threatens the chances of resuming the peace process to achieve security and stability in the region.”

He added that the Kingdom condemns and rejects Netanyahu’s plans and is committed to “peace as a strategic option.”

“We call for the Arab-Israeli conflict to be resolved in accordance with the relevant international resolutions, international law, and the Arab Peace Initiative of 2002,” Prince Faisal said.

He added that the annexation plan is a “blatant challenge to international norms, laws, treaties, conventions and resolutions, and does not take into consideration the rights of the Palestinian people.”

The OIC said in a statement that the annexation threat amounts to “an official declaration by Israel of revocation of all its signed agreements” and “a serious escalation of its colonial policies and measures.”

Maas warned Israel on Wednesday that its plan to begin annexing parts of the West Bank would violate international law.