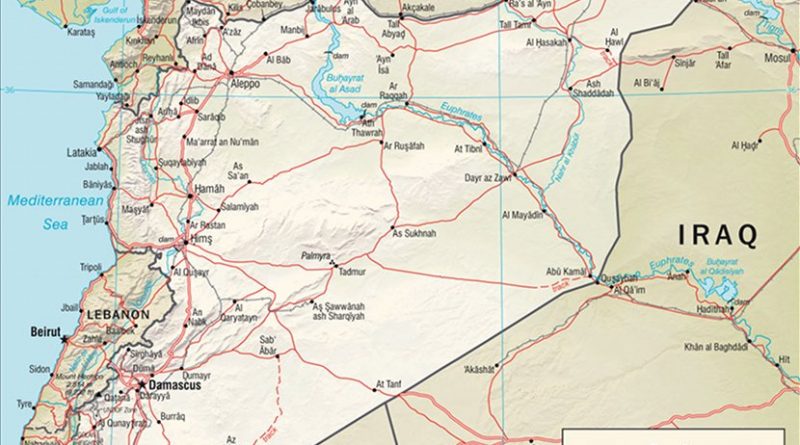 Syria was recently the subject of international attention, over its suspected nuclear weapons program, after the IAEA, in its latest report, recommended the issue to the United Nations Security Council (UNSC). Syria’s nuclear program first came to light following an Israeli air-strike on a suspected nuclear facility at Dair Alzour in 2007. The IAEA in its findings buttressed Western claims, concluding that Syria was indeed developing a covert nuclear facility. Attempts to punish Syria in the UNSC were thwarted by Russia and China, who argued that the facility having been destroyed, the need for punishment had become redundant. The IAEA, however, called upon Syria to sign an additional protocol to the NPT, for violating articles 41, 42, and XII C of the agency statute. These protocols would allow the agency intrusive inspections at undeclared facilities. This episode has raised important questions- First, what are the reasons behind Syria’s development of covert nuclear facilities, and what are the regional and international implications of such a programme? Second, what is the relevance of the NPT in such a scenario?

While Syria is presently energy sufficient, its oil stockpiles are declining, and therefore had taken recourse to nuclear energy. Its ambitions to go nuclear will be fulfilled only by 2020, when a reactor being built with Chinese assistance goes critical. The covert weaponization program however may be dictated by the Syrian military, which has been a major stakeholder in Syria’s nuclear programme since the 1970s. Though Syria has denied allegations of developing nuclear weapons, it has plausible reasons to do so. Syria’s adversarial relationship with Israel is a significant one. Others include the insecurities caused by American presence in the region, and dwindling Syrian influence in the region, following its withdrawal from Lebanon. Additionally, NATO’s military action against Libya would have justified Syria’s nuclear ambitions, to use its nuclear programme as a survival tool.

Syria played the international community by eliciting overt nuclear assistance from the IAEA, China, Russia, and covert assistance from Iran and North Korea. Links between Iran and Syria over their nuclear program, may have formed to evade the international attention presently on Iran. According to a statement given to the Guardian newspaper, an Israeli advisor suggested that Syria could produce the plutonium desired by the Iranians. For this assistance, Syria would get reprocessing technology, which its nuclear facilities lacked. This claim was earlier reported in Der Spiegel (June 23, 2008). According to the US intelligence community, Syrian cooperation with North Korea began in 1997, with its covert reactor design matching those of North Korea’s Yongbyon reactor.

The destruction of one of its nuclear facilities does not mean that Syria’s nuclear capabilities have been eroded. According to the IAEA report, Syria has three more secret sites, similar to Dair Alzour, where its weaponization developments are taking place. While the report did not give details of the facilities or of their locations, the US think tank, Institute for Science and International Security (ISIS) released satellite images of three additional sites which are functionally related to Al-Kibar. These are located near the cities of Maysaf, Marj as-Sultan, and Iskandariyah, and all three are situated in naturally secure locations, or have added security elements, according to imagery analysis.

Syria’s nuclear ambitions have serious regional and international implications. The Middle East has traditionally been a zone of instability, and the presence of an additional nuclear weapon state will only aggravate its volatility. Owing to the symbiotic nature of Syria and Iran’s nuclear program to, it raises the spectre of a conjoined nuclear umbrella, which enhances the chances of direct confrontation with the international community. Failure to halt such a programme will be a setback for the international communities’ efforts towards non-proliferation.

This raises concerns about the relevance of the NPT, especially when the signatories are violating the treaty, by developing secret nuclear facilities, as seen in the preceding cases of Libya, North Korea and Iran. These fears are accentuated by the lowering of the technology threshold and the connivance of proliferators, such as Pakistan, Iran and North Korea, which lends them to becoming business models for nuclear weapons. The NPT in such a scenario loses its relevance both as a security mechanism as well as being a move towards nuclear non-proliferation. The treaty needs to be revisited and revised to emerge as an effective mechanism towards international security.

With Syria presently battling a domestic crisis; international pressure on President Assad, has forced Damascus to take a moderate approach with the IAEA. While Syria has ducked a UNSC censure, the crisis possesses characteristics which can worsen matters in the future. With serious ramifications for both Middle East and international security, the Syrian nuclear case needs to be addressed before it turns into another unstable nightmare like North Korea or Pakistan.

By Rakesh Sood The oldest democracy has been subjected to its most severe stress test; it came to the brink,