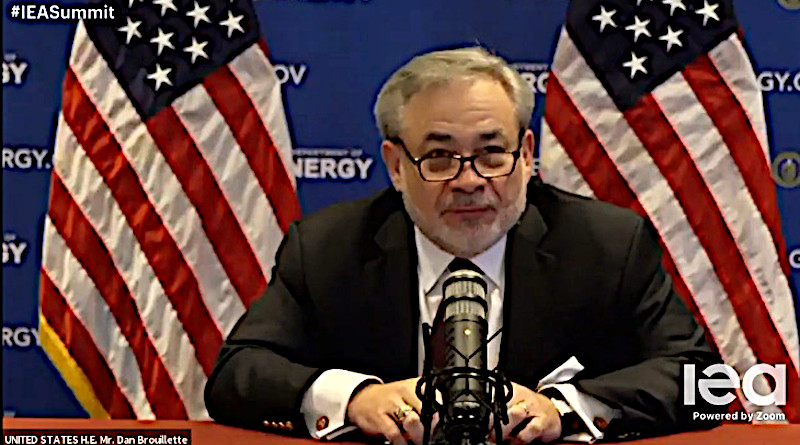 US Energy Secretary Dan Brouillette on Thursday called for the world to take a dynamic, rather than static, approach to energy policy to facilitate the innovation necessary to secure a clean energy future. Speaking at the International Energy Agency’s Clean Energy Transitions Summit 2020, he cautioned against “static” policies that could stifle innovation and limit fuel choices.

The rise and spread of COVID 19 has had a dramatic impact on the world economy and has left an undeniable mark on the world energy landscape, Brouillette told the virtual meeting, which the Paris-based IEA described as the year’s largest global gathering on energy and climate. The world has risen to these challenges in very powerful ways, Brouillette said, but this “brings us back to the question of how we can produce energy in a way that improves our environment and keeps our economy growing”.

There are two different approaches to this issue: a top-down, government-driven approach, and a bottom-up, competition-based alternative, Brouillette said. The bottom-up approach supports free markets, funds scientific research and honours the choices of producers and consumers alike, he said. In contrast, the top-down approach “lets governments do the choosing”, which can lead to more taxes and regulation, and also means that governments can steer energy choices to the extent of banning any fuel source that produces emissions. “Some would even ban zero-emissions nuclear energy, compelling us to rely on renewable energy alone,” he said.

The “obvious problem” with this type of approach, Brouillette said, is that renewables by themselves “cannot ensure the reliable flow of electricity in any nation”. Every nation, he said, can benefit from a wider mix of fuels. Furthermore, he said, such an approach vetoes the “democratic choices” of the marketplace and neglects the “pivotal idea” of continued human progress. It does this by taking a static, rather than dynamic, approach to energy by assuming that “what is true today is going to remain true tomorrow”. The experience of coronavirus alone refutes this, he said, adding that we can be better prepared for such events in the future by adopting policies that support both the environment and the economy.

Innovation is by definition dynamic rather than static, and is the key to fostering new technologies and advancing existing ones, Brouillette said. “And as we all know, technology changes everything.”

“That’s why the United States is abandoning none of our fuels, and not one iota of economic opportunity, in the quest for a clean energy world. We are dedicated to an all fuels, all technologies energy strategy,” he said. The USA, as well as being the world’s largest producer of oil, natural gas and nuclear power, is the second largest generator of wind and solar power. This reflects pro-innovation policies that are supported by a bottom-up energy policy, including robust support for clean energy technology R&D, Brouillette said.

“Together, we can achieve the impossible by harnessing … our own power to innovate,” he said. “Let’s move on to a future of clean energy and unmatched opportunity for this generation, and for every generation to come.”