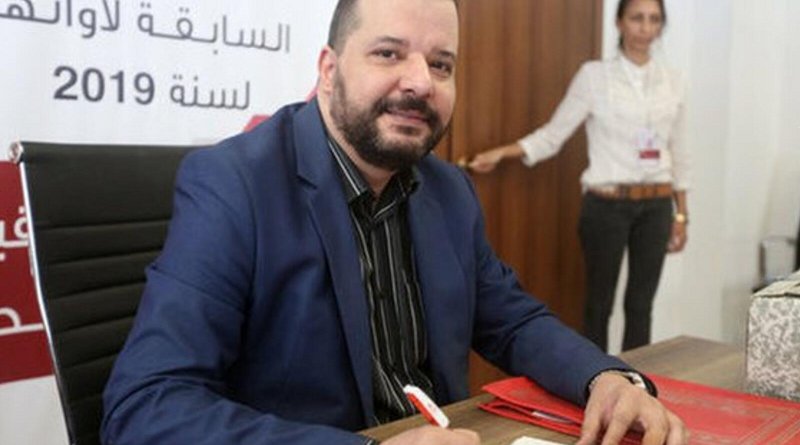 An openly gay lawyer has announced he will run for president of Tunisia – making him the first homosexual to run for office in the Middle East.

Mounir Baatour’s candidacy marks ‘a first which will without doubt be a benchmark in history’, his Liberal Party said.

Baatour, the party’s chief and a lawyer at the Court of Cassation, presents himself as a defender of LGBTIQ rights.

But ahead of his announcement, a petition signed by 18 groups who campaign for those rights warned his candidacy would represent a ‘danger’ for their communities.

Baatour was jailed for three months in 2013 for ‘sodomy’ with a 17-year-old student, which he has always denied.

Having a criminal record does not automatically ban Tunisians from standing in elections.

‘The fact that I’m gay doesn’t change anything. It’s a candidacy like all the others,’ Baatour said.

‘I have an economic, social, cultural and educational programme for everything that affects Tunisians in their daily lives,’ he added.

Presidential hopefuls have until Friday to submit their candidacy, ahead of September 15 polls.

Baatour is co-founder of the Shams association, through which he has for years campaigned against Tunisia’s criminalisation of ‘sodomy’ which carries a sentence of up to three years.

‘We think that Mr Baatour represents not only a threat but also a huge danger for our community,’ the petition read.

‘I have thought hard and decided to put myself forward for the position of president of the republic,’ he said during an assembly of his Tahya Tunis party.

Originally scheduled for November, the vote was brought forward following the death of incumbent Beji Caid Essebsi on July 25.

Chahed said he wanted to ‘break with the old system and give hope to all Tunisians, including young people, that they can take on important positions in the state.’

Launched at the start of the year, Chahed’s Tahya Tounes has become the second largest party in parliament behind Ennahdha.

Tahya Tounes said last week the premier would be their candidate for the presidential polls.

Tunisia has been praised as a rare case of democratic transition to emerge from the Arab Spring uprisings.

But it has struggled with repeated jihadist attacks, along with inflation and unemployment that have hit Chahed’s popularity.

Over 50 people had registered their candidacy by Thursday.