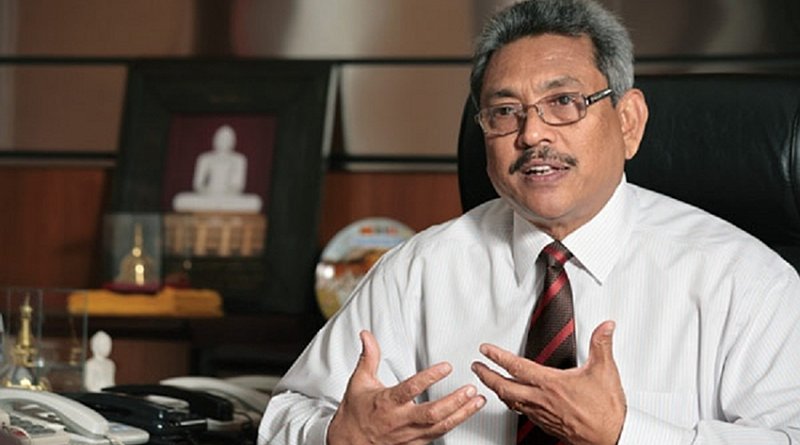 The 1977 general election was transformative. It provided J. R. Jayewardene’s United National Party (UNP) more than a two-thirds majority in parliament. Jayewardene used the unassailable parliamentary majority to alter the Sri Lanka society and polity structurally. When the general election was announced in March this year, we did not know that the 2020 parliamentary election will also have a transformative capacity. Writing about the parliamentary election in an essay entitled, Politics: Frozen by COVID-19, I pointed out that “it seems the government would win more than 125 seats if the election is held in, for example, May 2020. Space has been created to win a two-thirds majority. But, would it win such a majority? No one knows.” The Sri Lanka Podujana Peramuna (SLPP) exceeded expectations.

Multiple factors worked in favor of the government. I have discussed some of these factors in the essay indicated above. Therefore, I do not want to repeat them here. However, one aspect neglected in that analysis was the campaign restrictions. Campaign restrictions imposed on political parties due to the COVID-19 crisis by the Election Commission was brutal, especially for small parties and first-time campaigners.

Meanwhile, the government enjoyed the power of state media. It is also imperative to note that most, if not all, major news outlets, especially television channels, are pro-government entities. This provided the government an added advantage in reaching out to the voters. I am sure that the Rupawahini would have unloaded campaign materials day in and day out. Therefore, one cannot understate the role of the media in the SLPP’s mammoth electoral victory.

The SLPP won 145 seats, only five seats short of a two-thirds majority. In fact, as of today, the government has 148 seats. The Eelam People’s Democratic Party (EPDP) is a longtime ally of Rajapaksa and contested in the North on its own for strategic reasons. Contesting under the pohottuwa (lotus) symbol would have fetched fewer votes. Now the party has two seats won from the Jaffna and Vanni districts. The Sri Lanka Freedom Party (SLFP) also won one seat from the Jaffa district. The SLFP is also an ally of the SLPP. It contested the election in the rest of the country under the SLPP banner. Hence, these three seats are government seats.

Although, two seats short of the much needed 150 seats (from the SLPP perspective), the government could easily manufacture the two-thirds majority. Interestingly, the Sunday Times (of Sri Lanka) on August 9, claimed that “a Tamil National Alliance (TNA) politician from the North is also expected to join” the government. This may or may not happen. Keen observers of the Northern campaign would not be surprised if a leading TNA personality crossed over.

If one goes by the 18th Amendment experience, it is clear that the government would break opposition parties to manufacture the two-thirds majority it was desperately seeking. This time around, there are very few candidates. The UNP has only one member in parliament. The Janatha Vimukthi Peramuna (JVP) with three seats, will be hard to break. That leaves the Samagi Jana Balavegaya (SJB) to be the primary target for additional members.

At this point, one can presume that the SJB will be the main political threat to the SLPP in the long run. The SJB surprised many people by its electoral gain of 54 seats. The party’s future looks bright. The SJB’s success should be a worry for the SLPP leadership. Therefore, targeting the SJB for additional parliamentary votes could also serve a strategic purpose, weakening the party. Preserving the party’s unity and integrity will be one of the significant challenges the SJB would face in the short term.

Nevertheless, the point is that the government is guaranteed a two-thirds majority in the national legislature. What will it do with that power? When the SLPP leaders argued for a two-thirds majority during the campaign, their main aim was to undo the 19th Amendment. It is possible that the SLPP leaders did not expect a landslide victory during the campaign. Hence, the minimalist objective of repealing the 19th Amendment.

The presidential form of government is unlikely to change in a new constitutional scheme. Rajapaksas and Sinhala nationalists love the powers vested on the president in a presidential form of government. One should not be surprised if presidential powers are further strengthened. However, three significant subject matters could be targeted for change. One, the unitary nature of the state could be consolidated and strengthened. The fear of continuing internal and external threats would justify such a move.

Two, provisions of the 13th Amendment could be dropped in favor of a system based on a gramarajya concept. Mahinda Rajapaksa had been advocating a solution based on a gramarajya idea to the ethnic conflict for a while. For example, in a tweet dated June 19, 2013, Mahinda Rajapaksa stated, “Power must be devolved to the lowest possible level, the village – the Gramarajya or Panchayat. Sub nat’l level PCs haven’t served purpose.” The notion that Provincial Councils are a waste of money and resource is considerably prevalent. A new constitution would provide an opportunity to replace the provincial council system with a more grassroots-based scheme.