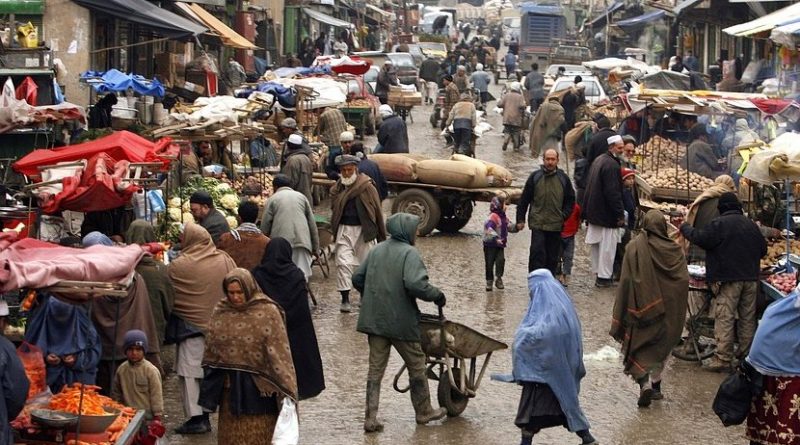 Afghanistan has suffered negative economic growth after the withdrawal of large portion of international coalition forces. Also, a new report from World Bank indicates more than 50 percent of the Afghan population is living under the poverty line. Moreover, based on statistics of Ministry of Economy population growth is faster than economic growth, which conveys an excessive poverty with its all outcomes for the future. In such scenario, Thomas Robert Malthus an English scholar theory comes to subjectivity implying: that, “Excess population growth would lead to starvation, poverty and war which would eventually bring the per capita supply of resources back to its original level”.

In this crucial and fragile economy condition, the government is stepping up to rescue by implementing reforms in many economic sectors that resulted to increase export volume and trade balance change. Recently major actions took place that evaluates Afghanistan’s absolute advantages, comparative advantages and competitive advantages for performing better on multilateral trade.

Nevertheless, the Malthus Catastrophe theory proved wrong with respect to the economic growth model of Bangladesh in which the country identified its strengths and weakness and utilized its advantage for the best. The country has pursued export-oriented industrialization, however, based on Malthus theory, Bangladesh should have suffered from excessive poverty and famine, but the country has utilized its low labor cost with available resource and transformed into a major exporter on clothing and textiles.

Considering the above facts, Afghanistan has taken important measures to revolutionize trade turnover and doing business environment. The first and foremost important goal is to increase export volume to 1 billion USD by the end of 2020. As a result of the reforms tangible outcomes appeared such as gradually improvement on export from 596 million USD in 2016 to 720 million USD in 2017. Moreover, the establishment of air corridors, focusing on alternative routes to reduce dependency on Pakistan transiting sea ports, easing business environment, developing national export strategy, prioritizing a private sector driven economy and even recruitment of highly qualified commercial attaché through an open competitive process are major government actions taken for better international trade performance which will be discussed below.

Afghanistan has inherited traditional trade environment and old laws with protectionism manner that brings up challenges in many cases. But at least from two years back comprehensive meetings held among stakeholders including government entities, private sector and relevant international organization for streamlining business environment, amendment of laws and developing new laws, for instance: business license can be acquired in one stop shop with 200 AFN much cheaper than 35 thousand AFN a couples of years back.

By implementing above mentioned reforms Afghanistan is expected to improve its worth ever ranking in World Bank DBI. That will include trading across borders and starting a business as well. Meanwhile, Afghanistan is set to complete its commitment of post accession of WTO. Afghanistan has recently become 164th member of WTO after more than a decade of being observer member.

Ministry of Industry and Commerce has developed a comprehensive National Export Strategy (NES) through which comparative advantages of the country is identified and export with appropriate goods and markets are aligned. The (NES) has been completed with close collaboration among Ministry of Industry and Commerce, Private Sector, Relevant government entities and international organizations. EU has provided financial support and technical support. The strategy elaborated thanks to technical assistance of International Trade Center (ITC).

Collaboration and close following up of participant such as organizations, businessmen, entrepreneurs, and experienced individuals made (NES) a functional tool. A total of 500 firms and individuals shared their applied experiences on comparative and competitive advantages of Afghanistan’s products as a result 6 sectors were identified and included in (NES). National Export Strategy will cover potential markets, competitors, preferential treatment and required standards.

The 6 product includes: saffron, fresh fruits and vegetables, dried fruits and nuts, carpets, marble and granite, precious stones and jewelry. This strategy is developed for 5 years and provides a framework for Afghan exporters.

Afghanistan has been facing challenges exporting seasonal products due to relying on neighboring countries sea ports. But, air corridor initiative is an alternative way to export Afghanistan noble products to different destinations and has a great impact on trade balance. Exports by air corridor reached to approximately 323 million USD in first 10 months of 2017. Since first establishment of air corridor an amount of 2600 tons of Afghanistan product has been exported and it is set to reach amount of 6000 tone by the end of 2018 as new markets and destination agreed for air corridor.

Currently, Afghan goods are transported through air cargo to India, Turkey, Kazakhstan and KSA soon other destination such as Indonesia, EU and China will also be connected by air cargo. Despite challenges of Afghanistan products conformity with EU standards, this trade zone is crucial for Afghanistan because of high value markets, high purchasing power and 500 million buyers. Very recently air cargo agreement was signed with Saudi Arabia, during first 3 months 1 ton of Afghan saffron exported to KSA. With all facts mentioned above we are expecting a positive impact on saffron export and overall Afghanistan export volume this year.

On 29 July 2016 after ratification of the parliament, Afghanistan became 164th member of WTO. However, the original package was accepted on 10th WTO Ministerial Conference in Nairobi, Kenya and become 36th least developed member of WTO on December 2015. World Trade Organization grants special and differential treatment to Least developed Counties (LDCs) that allows them to derogate from basic WTO principles. Meanwhile, Afghanistan can enjoy from Generalized System of Preference GSP scheme that allow Afghan products as LDCs to EU markets with zero tariff duty.

Within the structure of WTO there is a sub-committee working on LDCs and providing technical assistance for theme as required. The sub-committee also helping LDCs on market access and WTO post accession commitments implementations. The mentioned body is mandated to closely observe systematic issues of interest of LDCs in multilateral trading system. There are provisions for LDCs requiring all WTO members to safeguard trade interests of LDCs. WTO provides technical support on dispute settlement for LDCs, therefore Afghanistan can utilize this opportunity and file a lawsuit against Pakistan for discrimination of free transit as the mentioned country closing the trading ports by their willing that many times made afghan fresh fruits and vegetables spoiled.

Lastly, is should be remembered that the Afghanistan permanent mission to WTO representative and ambassador has outstanding performance. Despite hurdles and issues, he’s been doing great so far he’s chairing important working groups introducing new Afghanistan.

Afghanistan is a land lock country that heavily costs trading across borders for the country but, meanwhile, it’s a land bridge that connects South Asian countries with Central Asian countries that provides exceptional opportunity for trade off. Afghanistan can utilize her crucial geographic location for smoothly running the trading. However, on a typical old method for transiting Afghan products into international markets which were solely dependent on Pakistan and Iran sea ports, the border would have been closed with almost no reason.

But in a modern trade off their interest in mega projects such as CASA 1000, TAPI project, transiting electricity and fresh water issues make them obey international rules and respect the agreements. Moreover, Lapiz Lazuli route, air cargo corridors, Cha-bahar trilateral agreement are alternatives to diversify tools for international market access for Afghanistan products. The very first trial shipment through Lapiz Lazuli Route is set to start in coming days. The trial shipment that includes carpet and gemstones will reach black sea in 6 days. The Lapiz Lazuli Route starts from Aqina and Torghondi ports from Faryab and Herat provinces continue to Turkmenistan, Azerbaijan, Georgia and Turkey. In conclusion, all conditions seem optimum and promising for an export oriented future in coming years. To add to it, the surveying phase of 3 thousand Km rail road is completed for a required infrastructure.

Security situation is directly linked with business cycle. As the security condition improves investments get better, industries thrive and export volume rises. Recent government efforts for peace are bold. Corruption is another big hurdle for the trade. The government is closely persuading as recently a spokesman expressed a big amount is embezzled in custom borders, a fundamental change is needed. Electronic governance is required to implement a comprehensive system that tackles the corruption. Also, conformity of Afghan products to international standards is very important as it is set to penetrate into new international markets.