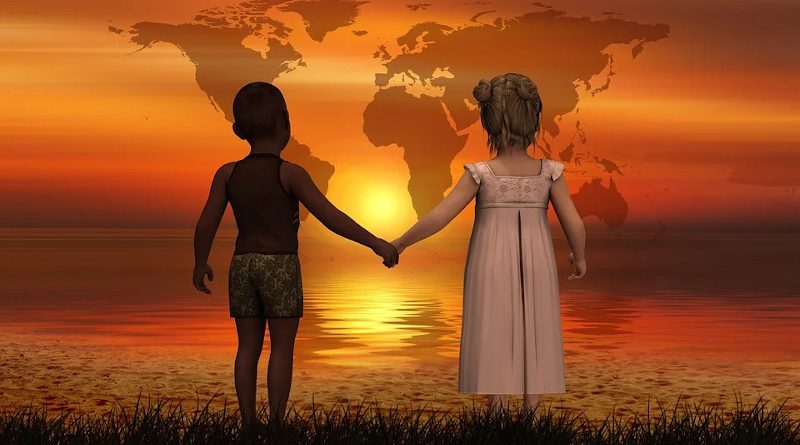 There has been a vogue recently to take some particular year, call it “the year that changed X” and produce a book or a documentary about it. These range from the mostly very bad (“1971: The Year That Music Changed Everything” — spoiler alert: It didn’t) to the rare piece of excellence (Kim Ghattas’ “Black Wave,” about the profound long-term impact of 1979 — the Iranian Revolution, Juhayman Al-Otaibi, Mohammed Zia-ul-Haq in Pakistan, and the Soviet invasion of Afghanistan).

I have a sneaking sympathy with the desire to pin down moments when the zeitgeist shifted. After all, some events are so striking or devastating that they do indeed seem to derail history. Nearly 60 years on, I can still remember the first black and white pictures of the John F. Kennedy assassination in Dallas flickering across the small screen of our television set in the English Midlands on a cold November day in 1963. The same with the 1969 moon landing. I imagine the Ides of March in 44 B.C. was indelibly printed on the minds of politically aware Romans. And, in all his long years of exile in New York and Stanford, I don’t suppose Alexander Kerensky ever forgot the storming of St. Petersburg’s Winter Palace on Nov. 7, 1917.

But mostly this is a convenient and sometimes lazy trope that can obscure the much longer and more complex trains of events that produce historical change. The Kennedy assassination was the product of the Cold War and two decades of increasingly polarized and sometimes paranoid politics in the US and was itself only the first of three violent deaths in the 1960s that changed America. Julius Caesar didn’t die because of what he’d done that month: He was killed for the same reason as the two Gracchi brothers some 70 years earlier — they promoted populist reforms that threatened oligarchic rule. And, in truth, the collapse of the Roman Republic was a long time coming. Even the storm of 1979 had been sown long beforehand in the radical study circles of Tehran, Qom and Najaf, Makkah and Madinah, and Islamabad, Lahore, Peshawar and Quetta.

And we should have seen 9/11 coming too. Osama bin Laden had already announced his intentions with attacks in East Africa and Yemen. He had made plain his absolute hostility to the US in particular, to the infidel West in general, and to all Arab states and governments that refused to accept his impossibly absolutist demands. He drew on ideas that had been brewing inside Islamist movements for half a century and more — shaped into a destructive ideology and forged into a weapon of revolutionary action by, among others, Abul A’la Al-Mawdudi, Sayyid Qutb, Abdullah Azzam, Abu Mus’ab Al-Suri, Omar Abdel-Rahman and their followers. We simply failed to pay attention — and, by “we,” I mean all of us. Killun ya’ni killun (all means all).

So 9/11 was an alarm call. It had been planned by Al-Qaeda from its haven inside Afghanistan, which had become a magnet for global extremism in the wake of the collapse of the Soviet Union and the destructive wars in Chechnya and the Balkans. The Taliban regime, which had emerged out of the Deobandi madrasas of Pakistan, rejected all appeals to dissociate themselves from Al-Qaeda and hand over Bin Laden. Their refusal led to their destruction. But now they’re back — and gleefully celebrating, along with fellow Sunni Islamists across the world (and some in the Pakistani government), what they see as the defeat of another superpower, this time the US, along with its Western allies.

Before we answer that question, there are two other events of the last 20 years we need to consider. The first was the global financial crash of 2007. The second is the COVID-19 pandemic. And then, into the interstices of this framework, we need to weave the rise of China and its turn to a form of personalized authoritarianism that we have not seen since Chairman Mao; the technological revolution in warfare, where unmanned aerial vehicles, cyber and other highly destructive but relatively cheap offensive weapons have transformed the balance of threat; the failure of US and European efforts to build a new state on the ruins of catastrophe in Iraq; the migration crisis in the Mediterranean after 2011 in the aftermath of the almost equally destructive Arab Spring; and the rise of highly polarized sociocultural politics in the US and Europe.

The year 2000 was, in some ways, the high-water mark of the Western-made post-1945 world order. The US and its allies had won the Cold War, Russia under Boris Yeltsin seemed to wish to be cooperative, the Balkan Wars had been ended and the Oslo peace process looked as if it was only a negotiating whisker away from ultimate success. The global economy was booming, with millions lifted out of poverty every year, demonstrating the ultimate power of the Washington Consensus. The EU was on the verge of a major expansion eastward. And the mandarins of Brussels looked forward to an accelerating, if necessarily discreet, integration of EU nation states into a modern version of the Carolingian Empire under the intellectual guidance not of Alcuin of York but the technocrats of the Berlaymont.

Then it all went wrong. Some of this was undoubtedly the result of Western hubris. The invasion of Afghanistan was entirely justified. The Taliban had allowed Afghan soil to be used to prepare an assault upon the American homeland: It was an act of war they refused to denounce. Dealing with Al-Qaeda was an imperative. But the invasion of Iraq was a catastrophe — and an entirely unnecessary distraction. It also cost the US alone more than $2 trillion, which, when added to the price of Afghanistan, imposed a massively unproductive burden on the US economy and made it important to keep interest rates low, thereby encouraging financial adventurism.

The Iraq war also radically changed the nature of Western politics. The Stop the War movement in the UK was merely one example of the way in which Islamists took Western adventurism overseas as an opportunity to integrate themselves into broader coalitions of leftist and often otherwise entirely secular opposition movements. We have seen the results not just in Britain, but in France, Germany, the Netherlands, Scandinavia and the US. This has fueled the rise of a form of identity-based politics across the Western world that challenges and seeks to disable the traditional liberal democratic consensus.

It has also led to the rise of increasingly intrusive technology-based security regimes, not just in China (which is probably a world leader in the surveillance of its own citizens) but across the world. Some of this stems from an entirely justified desire by states to protect themselves from the globalized and often virtual threats of violent extremism, other subversive ideologies, and the vast and growing web of global organized crime. But it has also led to massive abuses, such as the treatment of the Uighurs in Xinjiang.

Associated with this is the use of cyber tools as offensive and usually deniable weapons designed to weaken and destabilize rival states. This would not have been possible without the extraordinary rise of social media and other internet-based global applications over the last 20 years. The West created a weapon against itself.

At the same time, we have seen the collapse of many traditional states, notably in the Middle East and North Africa, but also now in Afghanistan, and their replacement by a patchwork of areas under the control of armed substate actors — the Houthis, the Shiite militias of Iraq, the various groups active inside Syria and Libya, and now the Taliban. Iran has perhaps provided the source code for this: A people held hostage by an oppressive state wholly captured by an armed ideology. But Hezbollah, which continues to act as a state within a state in Lebanon, offers a phenotype in action.

And all this has encouraged the growth of what we now know as “gray-zone” conflict — not state to state, declared or in uniform, but militias, private contractors, deniable attacks and a fog of deliberate disinformation.

A diplomatic colleague once told me with great confidence that Al-Qaeda and other Islamist terror groups were not a major threat to the Western way of life. But if you look back to the world of 2000 and the world today, you can’t help but feel that something fundamental has indeed changed — and not just for the West. The securitization of politics, the rise in surveillance technologies, the constraints on freedom of speech, the fueling of powerful ethno-nationalist currents not just in the Middle East or South Asia but across the world (including China), and the general atmosphere of anxiety that now prevails all seem to me to represent the end of what, 20 years ago, looked like an increasingly prosperous, globalized and culturally converging world.

I have also seen it suggested that the post-1945 liberal world order never really existed: It was a fraud, a trick of the light, designed to obscure the self-interested pursuit of advantage by the US and its allies. But no one serious has ever thought that political order can be sustained without hard power. That was precisely the problem with the toothless League of Nations in the 1930s. The US became top nation after 1945 partly because of the collective self-immolation of Europe, but more because of its own extraordinary economic dynamism, its continental-scale economy, and its inventiveness and competitive drive, which enabled the construction of the most powerful military and intelligence apparatuses the world has ever seen. It was self-interested, thuggish and hypocritical, of course. So was Rome at its imperial height. But Rome also set the conditions for the subsequent rise not just of Charlemagne’s Europe, but also the great Orthodox and Islamic successor empires.

The US, for all its faults, created the conditions for the world in which we live today. And if what we are now witnessing in Kabul and elsewhere is the beginning of the end of that world, we are unlikely to find the new world of multipolarity, proxy warfare, sociocultural fracturing and vicious ideological conflict a happy replacement. This isn’t particularly the result of 9/11. That was simply one event among many: The mills of history grind relentlessly on. But we shall still remember where we were that day because, in retrospect, it perhaps marked the end of one thing and the beginning of something much worse.