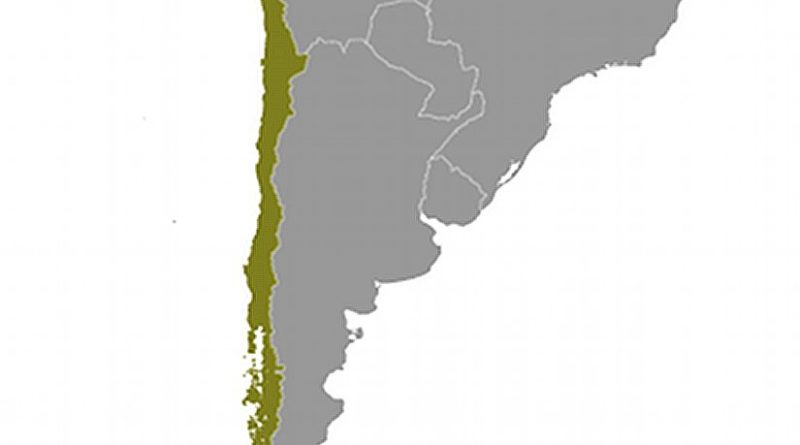 There can be no progress without investors, inventors, innovators and businessmen – or without developing energy, minerals, forest products, agriculture and the economy.

People engaged in these enterprises should provide quality products and services, at fair prices, to create jobs and meet people’s needs. They should be honest and ethical in their dealings with customers, employees, neighbors and regulators; transparent in their dealings with others; and accountable for their mistakes. That is the meaning of corporate social responsibility.

American billionaire, Chilean landowner and development opponent Doug Tompkins does not agree. He became wealthy through manufacturing and global trade – by making expensive clothing in big factories, from organic cotton, petrochemicals and metals that required more land, water, mining, oil drilling and electricity to produce. He is a capitalist and industrialist, who took advantage of modern technology and the global economy to get rich.

But now that he is rich, Tompkins has become a leader of the Deep Ecology movement, which claims the world faces an environmental apocalypse. Now he opposes modern technology, energy, economic development and global trade for Chile. Now he says trade, development, consumerism, fossil fuel use and cheap energy are not sustainable. Now he says they will cause catastrophic climate change and a collapse of ecosystems.

He has targeted Chile, because it has rich mineral resources, ecological treasures and a successful free market economy.

He thinks it is OK for him to travel the world, have multiple homes and enjoy a very comfortable life. But it is not OK for Chile to develop further, generate more electricity, and ensure greater progress and opportunity for its people.

His Deep Ecology Foundation and other American foundations give millions of dollars every year to environmental groups, to oppose HidroAysen, other electricity projects and economic development in Chile. They also bought land in Chile. They say it was to “preserve ecosystems and genetic banks.” It was really to create kayaking and hiking areas for themselves, and block north-south travel, transmission lines, economic development and true social equity in Chile.

The foundations and activist groups are all corporations. They should operate according to the CSR standards they demand for profit-making corporations. But Tompkins and his corporations believe they should be held to different standards.

They think they should be allowed to exaggerate or misrepresent science, use scare stories that have no basis in fact, and be less than honest about what they are doing. They see no need to be transparent about who is getting paid how much by whom, to oppose electricity and economic progress.

They think they have a right to dictate Chile’s future, keep families from achieving their economic dreams, and reduce government revenues and people’s living standards, by preventing new development.

In Uganda, Ghana, South Africa and other impoverished countries – where 95% of the people never have electricity or have it only a few hours a week – the same environmental groups and their allies block electricity development, prevent the use of insecticides that could save millions of lives from malaria, and oppose modern seeds and agriculture that could reduce malnutrition and save more lives.

These foundations and environmental groups think they should not be held accountable for their dishonest and unethical actions, or the harm they cause to jobs, health and lives of people in these countries.

The fact is, their campaign against energy and economic development is based largely on deceptive, misleading and blatantly false claims that would land businessmen, bankers and stockbrokers in jail.

Deep Ecologist claims about imminent manmade catastrophic climate change, oil and gas depletion, ecological cataclysms, and virtues of wind and solar power over traditional electricity generation are based on assumptions, assertions, a smattering of anecdotal evidence and, in some cases, computer models and scenarios that bear little or no resemblance to observed reality. They insist that conservation alone will free up enough spare electricity that more power plants won’t be needed.

And yet, despite an absence of any factual, replicable evidence to support these claims, they have been made the foundation for intense, well-funded pressure campaigns intended to drive public policies that raise energy and consumer prices, destroy jobs, and hurt poor and middle class families.

That is immoral. It is eco-imperialism and environmental colonialism.

Every country should have the right to decide its own future, based on factual science and economics – and after open, honest discussions and debates that consider all feasible options, the economic and environmental risks and benefits of each alternative, and the informed wishes of their people.

Too often, well-funded environmental groups obstruct this process, misrepresent the facts, prevent progress, reduce people’s choices and opportunities, and harm the health and living standards of families and communities.

Chile is blessed with magnificent ecosystems, natural resources and smart, hard-working people. It can have a prosperous future, and preserve its magnificent environment. It does not have to sacrifice that future on the altar of Deep Ecology.

Paul Driessen is senior policy advisor for the Committee For A Constructive Tomorrow and author of “Eco-Imperialism: Green power – Black death.”