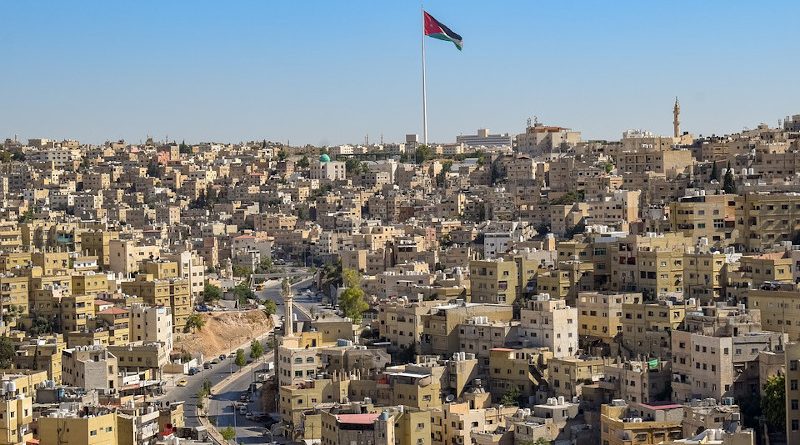 Polling stations across Jordan closed at 09:00 pm wrapping the Kingdom’s 19th parliamentary elections which saw a turnout rate of 29.9 percent.

Election committees in 23 constituencies across the country started counting ballots cast in the polls in which 1,387,696 voters participated, out of a 4.64 million-strong electorate.

Those who voted today included 749,621 males and 638,075 females, according to Chief Commissioner of the Independent Election Commission Khaled Kalaldeh.

The top election official said 13 voter impersonation incidents were detected and referred to the public prosecution for further action.

Preliminary results are expected to appear within hours while final results will be announced Wednesday afternoon.

Some 1,824 polling stations with over 8,061 ballot boxes have been prepared to receive voters nationwide.

According to the IEC’s official website, 1,693 candidates in 294 electoral lists are contesting the Lower House’s 130 seats, that are spread over 23 electoral districts across the Kingdom, of which at least 15 seats are reserved for women under the women’s quota.

Cabinet ministers called for a heavy turnout as voters Tuesday headed to polling stations across the Kingdom to choose their representatives to the 19th Jordanian parliament.

Speaking in his hometown of Ma’an where he cast his ballot, Minister of Justice Bassam Talhouni said participation in the elections serves the cause of justice and human rights since the parliament is the authority that proposes and passes legislation.

He stressed that the national duty compels him as a citizen to exercise the electoral right granted by the constitution and choose his representative in the next legislature.

Also in Ma’an, Deputy Prime Minister and Minister of Local Administration Tawfiq Kreishan said that he came to his constituency in the southern governorate to perform his constitutional right and be “at the side of the country”.

He called on voters to turn out for the polls and choose their representatives to elect a strong parliament capable of assuming its legislative and oversight roles.

In Amman, Minister of Transport Marwan Kheitan said that Jordanians today vote to set a real democratic model, undaunted by crises, urging voters to cast their votes while ensuring adherence to health safety protocols amid the coronavirus pandemic.

Speaking after voting in Amman’s third constituency, Kheitan said the government was concerned over possible crowding in some areas, however, he observed strong commitment to infection control measures.

Speaking to Petra after he cast his vote in his hometown of Salt, State Minister Mahmoud Kharabsheh called on voters to head to polling stations and elect a parliament that is capable to the responsibility at this ‘critical stage”.

Minister of Environment Nabil Masarweh, who voted in the city of Madaba, called on eligible voters, particularly the youth, to participate in the elections to produce a parliament capable of making the voice of youth heard and to engaging in the decision-making process.

Jordan has proven that it is able to hold parliamentary elections in spite of the challenges wrought by the COVID-19 pandemic, Minister of State for Media Affairs Ali Ayed said on Tuesday.

During an interview with the Jordan TV, Ayed said that as the Kingdom, which is on the heels the marking its first centenary, has honored its well-established constitutional traditions, upon which the nation’s 19th parliamentary elections are held.

He said that the high turnout among the younger generation is an indicator of their will to pursue positive change.

“If we wish to make a change, we must do our duty toward the homeland through taking part in the elections process. The youth have a major role to play in making a positive change,” he explained.

Wide participation by political parties in this year’s parliamentary vote is set to reflect on turnout numbers, according to Minister of Political and Parliamentary Affairs Mousa Ma’aytah.

Speaking at a meeting hosted Tuesday by the media center of the Independent Election Commission, the minister said that political parties’ participation in this year’s polls was unseen since 1989, noting that a total of 41 parties had fielded 390 candidates vying for seats in the 130-strong parliament.

He stressed that the “citizen’s will to take part in the vote would determine the shape and nature of the next parliament”.

On the election law, Ma’aytah indicated that the proportional list is the best formula for parties and political blocs, pointing out that more than 70 percent of world countries use election laws based on this formula.

According to the commission, the vote is monitored by 9,667 local observers and 108 foreign observers.