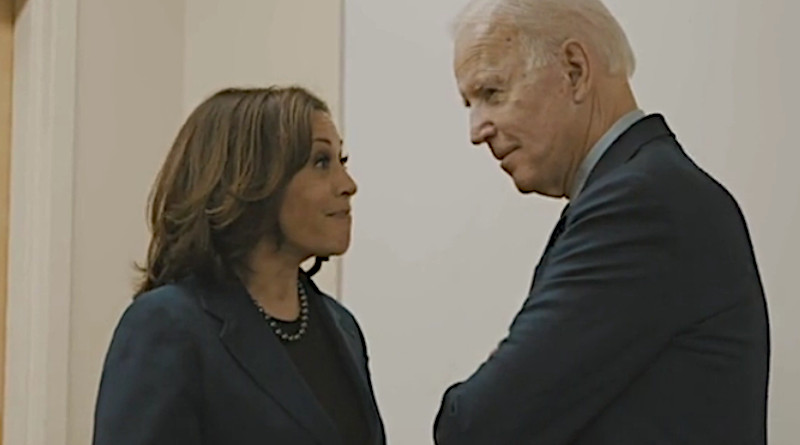 It was noticeable that when Saudi leaders congratulated President-elect Joe Biden on winning the US election, they also sent formal letters of congratulations to Kamala Harris, his vice president-elect. In addition to her evident personal qualifications for the post, there was important symbolism in her win, not only as the first woman to claim the position but also for being the daughter of immigrants from Jamaica and India. That symbolism was not lost in this region, where women and minorities still face an uphill battle to achieve such visible recognition.

On Sunday, a day after US media called the election for Biden and Harris, King Salman and Crown Prince Mohammed bin Salman sent congratulatory letters to both. In his letter to Harris, the crown prince said that he was looking forward to “continuing the joint cooperation between the two friendly nations.”

Harris is not the first woman in the world to gain such high office. There have been women presidents and prime ministers in many countries, but the high visibility of US politicians and their personal styles have made Harris an instant celebrity and as such she may make greater impact with young people, especially young women who would be undoubtedly inspired by her success.

Women in the US got the vote nationally in 1920. Since then, they have made great strides in public life, but not as much in elected office. In local governments, women represent about 32 percent of mayors and council members of the largest 100 cities. In state legislatures, their share of the seats has grown fivefold since 1970, but is still under 30 percent. The inequality is most pronounced in the US Congress, where less than 24 percent of the lawmakers are women, largely from the Democratic Party (83 percent), indicating the considerable resistance women still face among US conservatives 100 years after gaining the vote.

American women vote in greater numbers than men — 63 percent of women vote on average compared with 59 percent of men. Yet, it took the US 100 years to get a woman to the second-highest office in the country. It is an important milestone, with women making the difference. According to US media, 56 percent of female voters chose the Biden/Harris ticket as opposed to 43 percent who chose Trump and Pence. Most likely having a woman on the ticket contributed to this tilt. Among men, the two tickets were tied.

On Saturday, Harris dressed in suffragette white to deliver her first speech as vice president-elect. Her message to young girls was clear: “While I may be the first woman in this office, I won’t be the last. Because every little girl watching tonight sees that this is a country of possibilities.”

In addition to empowering women, Harris’ election is important for another reason. Her immigrant heritage resonates with many in this region, and has led to inevitable comparisons, mostly favorable to the US.

Xenophobia in the US is, relatively speaking, not as strident or widespread as it is in Europe or for that matter the Middle East and North Africa. It is true that there are pockets of dangerous antipathy toward immigrants and foreigners in general. It is also true that many in the US are indifferent to the injustices that African Americans endured in the past and still suffer today.

However, the fact that Americans previously have elected Barack Obama for president and now Harris for vice president speaks volumes on the difference between the US and the Old World of Europe and the Middle East, where it is rare to see an immigrant assuming such high positions.

Starting in the 1960s, the civil rights movement contributed greatly to the cohesion of US society by calling out discrimination, both systemic and social, and created a healthy awareness of the need to address inequalities.

As a result, US legislation targeting discrimination is robust and effective. The new administration will need to build on those foundations to restore that social cohesion.

Europe has not had a similar awakening toward more inclusion, and the Middle East and North Africa are light years away on this issue. In the MENA region, including the Gulf, there are growing signs of the opposite — exclusion, antipathy and conflict, usually riding on the back of religious, ethnic, national or regional differences.

In Iraq, Lebanon, Libya and Yemen, armed conflicts are fed and sustained by those differences. When women demand equal rights, they are accused of breaking social or religious norms, or blindly following occidental ways. Guest workers have few avenues for social inclusion or political office. Social media have accentuated tribal and other social differences, and singled out immigrants for special abuse.

In a region ravaged by division and turmoil, much of it related to identity, the choice of Harris appears exotic to some but inspiring to others. The idea that a child of immigrants could reach high office in one generation is beyond belief to many. That she is also a woman makes it more far-fetched. But the fact that it has happened in the most powerful country in the world, through a most visible election, should make it less implausible.