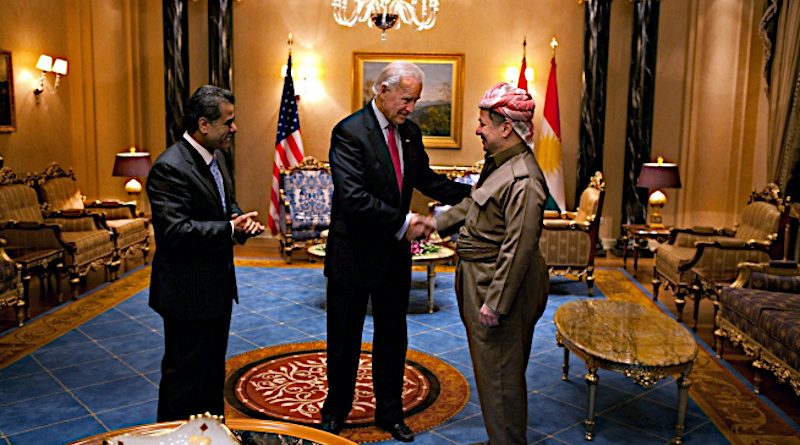 Donald Trump tried to dismantle the rules-based world order established by America after the second world war. Joe Biden might resurrect it. But since almost half of America voted for Trump, the superpower has lost its moral standing and cannot, anymore, be seen as the leader of the free world.

Some of America’s staunchest western allies wished Trump gone since he adopted a nakedly transactional foreign policy based entirely on short-sighted local interests.

After the results of a contentious election were announced in Biden’s favour and he was declared the 46th president of the United States of America, Canada, France, and Germany were the first to congratulate and expressed a desire to “work together,” with a like-minded leader in Washington.

Biden’s presidency is expected to upend the policy pursued by Trump in Europe and to a large extent in the Middle East too. In the latter, however, American policy resonates far and wide and the ramifications are often lethal. Many countries in the Middle East are still governed by authoritarians- religious leaders, monarchs, and autocrats.

The two pillars of the Islamic world are Sunni Saudi Arabia and Shia Iran. Since Iran’s Islamic revolution in 1979, the Persian nation has been challenging the hegemony of Saudis who see themselves as the leaders of the Muslim world.

George W Bush bombed Iraq and Afghanistan, Obama shied away from participating militarily in the Syrian and Yemeni wars and signed a nuclear deal or the Joint Comprehensive Plan of Action (JCPOA) with Iran. The pact was seen as America’s tacit nod to Iran to have its own region of influence.

That did not bode well with Saudi Arabia. When Trump came to power and his son-in-law and Middle East adviser Jared Kushner befriended the Saudi crown prince, Mohammad bin Salman (MBS), Trump leaned massively towards Riyadh. In 2018 Trump walked out of the JCPOA even though the US’s European allies, who were co-signatories to the deal, objected.

Iran went through harsh sanctions but did not come to the table to renegotiate the deal with Trump. They waited for the day he was replaced by a democrat and last week their prayers were heard.

Biden has already promised to return to the Iran-US nuclear deal if Iran abides by its commitments and refrains from making a nuclear bomb.

In a CNN op-ed, Joe Biden said Iran was closer to making a bomb now than before owing to Trump reneging on a commitment made by the American government under Obama and Biden who was then the vice president. He said he had a “smarter way,” to deal with Iran. “There are reports that Iran has stockpiled 10 times as much enriched uranium as it had when President Barack Obama and I left office,” wrote Biden. “I will offer Tehran a credible path back to diplomacy. If Iran returns to strict compliance with the nuclear deal, the United States would re-join the agreement as a starting point for follow-on negotiations.”

Iranians are quietly heaving a sigh of relief, but Saudi Arabia has many reasons to be anxious.

Biden spoke of reengaging with Iran, but was very critical of the Wahhabi kingdom and especially its impetuous crown prince. Biden blamed MBS for ordering the killing of Saudi journalist Jamal Khashoggi and for the bloodshed in the ongoing war in Yemen. He said that his administration will stop selling weapons to Riyadh and make them “in fact the pariah that they are.” He added there is “very little social redeeming value in the present government in Saudi Arabia.”

With Saudi Arabia, the United Arab Emirates, Bahrain and Egypt in one bloc and Iran, Qatar, and Turkey in another, Biden is going to have to walk a tightrope. He can re-enter negotiations with Iran but it might be hard to push the Saudis, traditional American allies, too far.

US’s rapprochement with Iran, however, might prove to be a windfall for countries like India who were purchasing Iranian crude at a discounted price. Trump had withdrawn the exemption given to a few countries, including India, from the sanctions and that helped Indian taxpayers buy cheaper crude.

But Biden is also pro-Israel and if not for Saudi fears, for Israel’s safety concerns it would need to figure out how to keep a check on Iran’s regional expansion and its armed militias spread from Tehran to Baghdad to Syria and Lebanon. Can Iran promise it would contain its proxies in the region if Biden re-joins the deal?

Home » What Does Biden’s Victory Mean For The Middle East? – Analysis