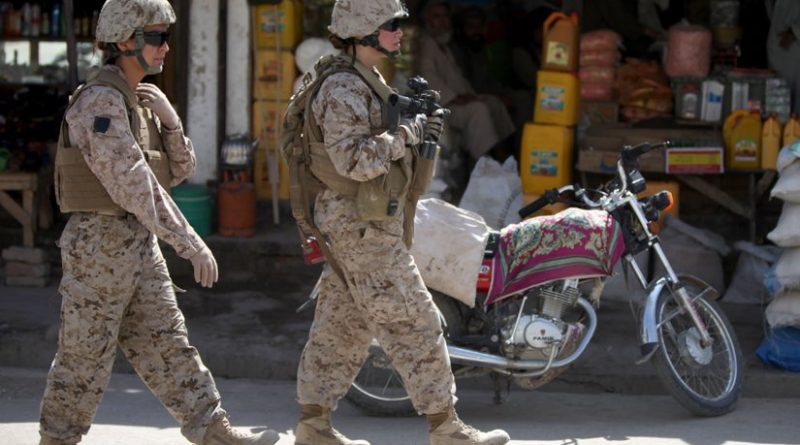 Fifteen times more troops were discharged from the US Army this year due to obesity than five years prior. With scores of recruits unfit to serve due to the extra pounds, the country’s top brass have deemed it a national security concern.

­The American Army is discharging servicemen in an attempt to cut its budget, and the first to be given their walking papers are those who have failed fitness tests because of obesity. During the last 10 months alone, 1,625 troops were dismissed from the US army due to being overweight, the Washington Post reported.

Over the last 15 years, the figures of obese people actively serving more than tripled. Armed Forces Health reported that in 2010, 86,186 servicemen (5.3 per cent of the military) had at least one obesity-related diagnosis.

In 2010, the highest percentage of overweight troops were women older than 40 serving in the Air Force. Marines and troops in other branches under 20 were deemed the most fit.

The alarming trend caused the top brass to review the soldiers’ training programs, prompting them to push commanders to discharge all those unfit to serve.

“A healthy and fit force is essential to national security. Our service members must be physically prepared to deploy on a moment’s notice anywhere on the globe to extremely austere and demanding conditions,” Commander Leslie Hull-Ryde, a Pentagon spokeswoman, told the daily.

Soldiers themselves have in fact argued that the fitness test they have to undergo is too strenuous, with strong, fit servicemen being unfairly excluded.

Although younger generations are said to live more sedentary lives while enjoying larger mealtime portions, some servicemen have taken to the Internet to counter that they became overweight due to injuries, not sloth.

Blogs and forums are filling up with soldiers and their relatives who have criticized the new policy, claiming the troops are being treated as expendable items.

“My son fought for this country and has a wife and 3 young children, the youngest a month old and they are now homeless,” wrote one soldier’s mother, whose son got a knee injury while serving in Iraq and was later kicked out of the military.

Another user says that his wife was hurt, gained weight because of a lack of exercise and time to visit the gym, and was eventually dismissed from the forces. “It truly is a sad state, when there are people begging to get out of the Army, and they want to throw out someone who truly wants to serve,” he pointed out.

Obesity has also become the main cause of ineligibility for recruitment in the US, leading the Pentagon to worry about the impact the trend will have on its fighting forces.

Retired Lieutenant General Mark Hertling said in a 2009 speech that 75 percent of civilians who wanted to join the force were ineligible due to being overweight.

“Of the 25 percent that could join, what we found was 65 percent could not pass the [physical training] test on the first day. Young people joining our service could not run, jump, tumble or roll – the kind of things you would expect soldiers to do if you’re in combat,” he pointed out.

During the peak of US military involvement in Iraq and Afghanistan this past decade, the Army allowed recruits to sign up who in previous times would have been considered ineligible, including obese people or those with criminal records. Following a recent order to reduce the active-duty force from 570,000 to 490,000 by 2017, Army commanders have now been tasked with weeding out substandard troops.

With the highest proportion of mobile phone users in East Africa, Kenya’s response will need to rely on technology and

Robert Reich: The Dangerous Seduction of ‘Going Back To Normal’ – OpEd