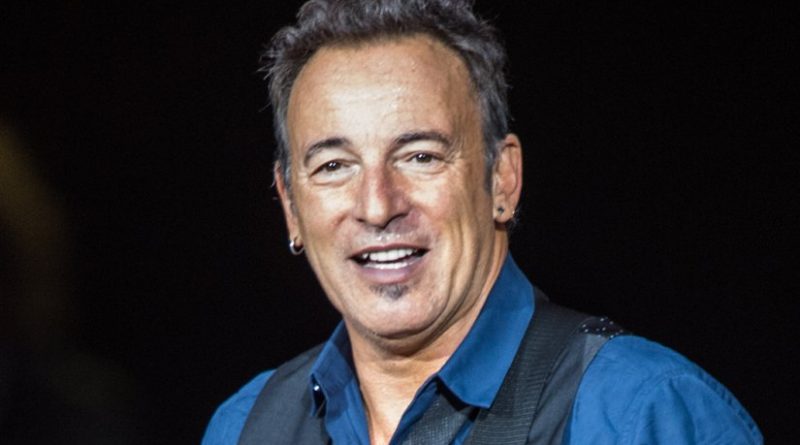 Bruce Springsteen called into SiriusXM’s E Street Radio this morning to chat about his upcoming The River Tour, and revealed in the interview that he’s working on a new album that will likely result in a tour without the E Street Band, Rolling Stone reports.

“The project I’ve been working on is more of a solo project,” he said. “It wasn’t a project I was going to probably take the band out on. So I said, ‘Gee, that’s going to push the band playing again until a ways in the future. It’ll be nice to get some playing in so you don’t wind up being two or three years between E Street tours.’ This will give us a chance to get out there and stretch our muscles a little bit.”

The upcoming River tour will feature a complete performance of the 1980 double album at every stop. It was booked at the last minute, forcing guitarist Nils Lofgren to postpone many of his upcoming solo dates.

In the new interview, Springsteen gave a behind-the-scenes account of how the tour came together. “We made the box set and there was no plan to tour,” he said. “Then we felt, ‘Maybe we should do a show just to raise the flag and have some fun and make it a little more exciting.’ I said. ‘Okay, maybe we’ll do a show in New York.’ Then that went quick to, ‘Maybe we should do a couple of shows.’ Then it turns into, ‘Maybe we should do a small series of shows, basically one-nighters, with maybe a little bit around the country.” They ultimately wound up with a 24-date arena tour that kicks off January 16th at the Consol Energy Center in Pittsburgh.

Springsteen played many of his classic albums on the 2009 Working On A Dream Tour, but The River was only performed during a single tour stop at Madison Square Garden. In the new interview, he responded to concerns from fans that seeing the same 20 songs in sequence every night will remove much of the unpredictability that has become a trademark of E Street Band shows. “It’s going to take a little guessing out of the evening,” Springsteen acknowledged. “You’re going to know what the next song is. Maybe we’ll make up for some of that in the encores. We plan on picking out some of the best of our outtakes for the end of the show, and there will obviously be some fan favorites. I don’t know myself how it will play out. It should be interesting and a lot of fun for the fans.”

The E Street Band’s lineup swelled to 18 people on the 2014 High Hopes tour, including a five-piece horn section, three backup singers, a percussionist and guest guitarist Tom Morello. The River tour will feature a stripped-down lineup of core members plus saxophonist Jake Clemons and violinist Soozie Tyrell. “It’ll be a little more of a rock band format,” Springsteen said. “I’m looking forward to that for a little while and seeing how that feels again. It should be perfect for this record and what we’re doing right now … I miss playing with the guys. I miss playing period. It’s going to be fun. “