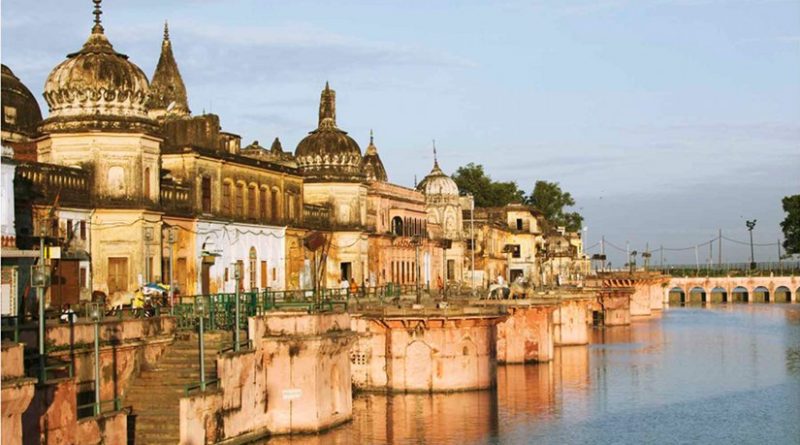 December 6, 1992, saw the demolition of the 450-year-old Babri Masjid in Ayodhya by the Hindutva brigade comprised of organizations such as BJP, VHP, Bajrang Dal and RSS. The demolition inflamed the passions of many and continues to do so in modern India as the 23rd anniversary of the demolition showed last week. Its ritualistic deployment and usage by various actors every year strategically has made its invocation quite mundane and banal, yet potent enough to cause frenzied reactions. Claiming to take back Ramajanmabhumi (the birthplace of god Rama) by constructing a temple, many groups have utilized the logic of sacred space and the power of symbols to their benefit.

The Dispute and Its Hues

The Ayodhya dispute is premised on the belief that the Babri Masjid (mosque) was constructed after the temple there, signifying the place of birth of the god Ram, was decimated to make way for the mosque. And so, in 1992, as a denouement to a calculated calibration of emotions and raked up renzy, the mosque was razed to the ground by the Hindutva activists.

The advent of the 23rd anniversary of the demolition brought the usual suspects into action. RSS and its affiliate organs have been seeking to mark the anniversary by either making inflammable statements or fixing a date for the instantiation of the temple of Rama in Ayodhya.

Historically, Ayodhya known as Saket in ancient India, gained prominence in the last six centuries and until the mid 19th century, was patronized by Muslims as well as Hindus and thus was a popular folk shrine. However, the advent of British rule saw aggravated sectarian tensions to which Ayodhya too was not immune. In 1949, the situation escalated even further with the ‘miraculous’ appearance/installation of idols of Rama, Sita, and Hanuman. Though the idols were ordered to be removed, it never materialized for the fear of the masses. The gradual encroachment began, however, through permissions that eventually culminated in the worship in the mosque’s courtyard by Hindu worshipers. As soon as the mosque was demolished in 1992, a shrine was built among the ruins for the god Rama.

This brings the city of Ayodhya into focus again. Meaning ‘unassailable’ or ‘unconquered,’ the holy city which along with six others is believed to bring moksha (ultimate liberation of the soul) to devotees, has been assailed by many a narratives. Deemed to be a tirtha (a place that provides sanctity or a crossing place helpful in transitioning from the transient life to that of a stable and blissful one), its deployment by Hindutva forces has distorted its image.

Historical texts show that Ayodhya was much more than a temple. Its status in the religious geography of Hinduism is that of a tirtha and is not confined to that of a birthplace or a temple. Appealing to many, sacred spaces can be potent recruits for various uses as evident across sites such as Ayodhya and Jerusalem. While many have written about the threats to democracy or the secular ethos of the country that the demolition brought about, it is also important to look at how notions of sacred space were meticulously channelized by BJP and other organizations.

The Logic of Sacred Spaces

Sacred sites are places that are concrete structures of mediation and contact with the divine. The sublime prospect of meeting and experiencing the divine alongside the believer’s belief is what gives sacred sites their inexplicable, yet visceral potency. Thus, for believers they are of paramount significance. One of the important sites in Ayodhya is Svargadvara (gateway to heaven) on the banks of river Sarayu, where Rama is supposed to have ascended into heaven. Likewise, the inscription from 1528 at the Babri Mosques states that it was built to act as a place for the angels to descend. And since they are valuable for many believers, they by extension become hot assets for politicians too. For political uses, these are premium sites of real estate imbued with divinity.

Places of this sort are indestructible as their holiness resides in the place, rather than the structure imposed on them even if the structure, due to the contagious properties of the sacral land may partake of that sanctity. Thus, the tangible annihilation of the structures or material aspects on the sacral site have minimal bearing and may in turn even increase the holiness component of the desecrated deity. Conquerors in the past routinely aimed for existing religious sites since they are already established sacral points and thus can gain immediate followers for any religion which is why, many sacred sites across India have religious structures of different religions between them on the same spot.

Sacred sites moreover cannot be divided if they rank high in the spatial hierarchy of religious geography. Paradoxically the higher the rank a place possesses, equally greater is its vulnerability since competition rages for its control. Cohesive boundaries and infrangibility of the sacred site make the site sacred in the first place. In Ayodhya’s case, it was indeed divided and thus, by default, remains irresolvable.

Ayodhya has proved to be a fertile ground for Hindutva groups and they have incessantly tried to elevate the lore of Rama and his birthplace as the locus of Ayodhya giving short shrift to its status as a tirtha and sites of god Shiva, who happens to be the presiding deity and also that of Hanuman, the current guardian. Apart from the historically spurious claim of Rama’s temple being on the exact spot as that of the Babri mosque, it is not only selective historicity that is recruited for usage, but a selective deployment of gods as well from the Hindu pantheon. This in turns masks the complexity and plurality of Ayodhya as a tirtha, as well as a harbor for different deities.

Moreover, as shown by the intellectual historian Jyotirmaya Sharma, the Hindutva’s image makeover from the 19th century onwards comprised manufacturing a myth that demonized Muslims for temple desecration while simultaneously projecting Hindus as all-embracing benevolent creatures tolerant of all and sundry.

India’s sacral geography is proverbial for its mirror sites or religious-material doppelgangers wherein there is a sense of mirroring the sacred, which is why in Ayodhya itself, many places claim to be the birthplace of Rama. These are not rival but complementary claims that bring into sharp relief the plurality of manifestation of the divine very much evident in Hinduism.

Much of the political establishment’s response to the Ayodhya dispute has centered on division and exclusion. The first is about dividing the sacred sites for competing religious groups so as to provide demarcated space to each group, which is mostly the norm in few mosques in India that are constructed on destroyed temples or material from them. Division can also be at temporal levels wherein access to the site is given at particular times, which was the case at Ayodhya wherein access was given to Hindu worshipers once a year before the demolition in 1992.

The second approach is when exclusion is the norm. It is attained by excluding one or all of the actors involved from the site. These responses, though widely replicated and usually followed fail for they misunderstand the logic of how sacred sites function.

Division does not quell the desire of the actors involved to gain legitimacy and control over the place. Moreover, the presence of other religious groups for these actors is emblematic of the deconsecration it entails. Division thus aggravates the situation for many actors as evident through the Allahabad high court judgment of 2010 wherein it went for a tripartite division of the disputed area in Ayodhya. The judgment, however, was unsatisfactory to the parties involved and all three actors decided to appeal against it.

The second approach entails excluding all the actors from the site involved. This involves a state actor that is more powerful than the actors to enforce it without any signs of partiality. In the Indian case, this is particularly challenging and trickier due to the very nature of Indian secularism that is not contingent upon the strict division of the church and state as in the West but entails equal treatment of different religions. Favoring any particular religious community by the state may lead to perceptions of non- neutrality of the state which may prompt opposing actors to use it as a rallying cry.

Coexistence and veneration of holy sites by varied religious groups are particularly a widespread phenomenon in certain parts of India. How does such a scenario square off with the one enumerated above where there is a perpetual contestation for holy space? The answer lies in the fact that these shared sites of worship have two characteristics that make them immune to the kind of contestation stated above.

Firstly amicability in sites of coexistence derives from the ability of a third party actor, most of the time the State, to act as the arbiter and enforcer between the communities fighting for the sacred site. The concerned actors concede to the third party and let the animosities simmer beneath only if they perceive a neutral stance from the third party. If there is a slight preponderance of power or perceptions of it on either side, an eruption of conflict becomes evident.

Secondly, such a scenario of peaceful coexistence prevails when the site in question is of marginal importance in the religious geography of religion. With marginality comes little vulnerability since they are not fully incorporated and enlisted in the sacred geography. The control and access to such sites proffer no particular legitimacy or ideational value for the actors which is why most shared sites of this nature are symptomatic of ‘folk’ religion.

Many sites also have the potential to grow or increase their salience in the sacred space if miraculous or highly extraordinary scenarios take place lending them the vulnerability and thus by extension leading to conflict. This is evident through the miraculous appearance of Rama’s and Sita’s idols in the Babri Masjid in 1948 and used strategically by the Hindutva brigade since then.

The responses so far to the Ayodhya dispute have excluded the dynamic by which sacred spaces function. A neglected group that can play a prominent role in such scenarios is that of the religious leaders. Religious leaders, with their sway and place in the religious hierarchy, are uniquely primed to engage in such scenarios of conflict by reshaping the sacred space and thus deescalating the situation. However, their ability to reshape sacred space once again is contingent upon the leader’s place in the community, the centrality of the site involved and a willingness of the politico-secular establishment to cooperate.

Home » The Politics Of Sacred Space In Modern India – Analysis