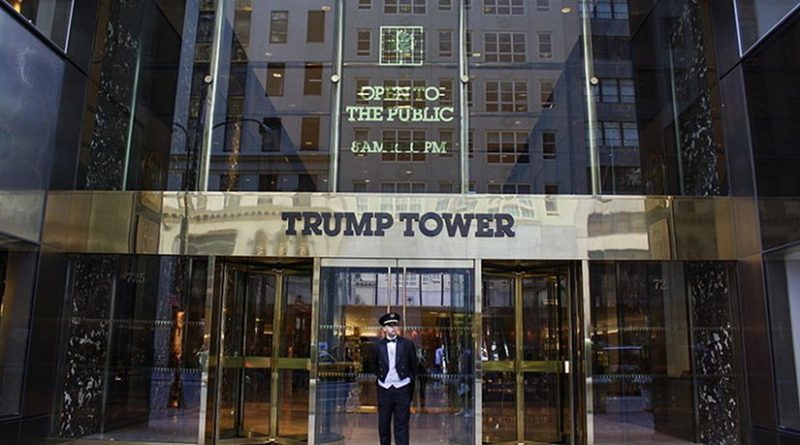 There have been many commentaries about the potential conflicts of interest that are posed by the Trump real estate portfolio. It has been pointed out that traditionally, presidents set up blind trusts with more liquid assets like stocks and bonds. The problem with the President Trump’s wealth is the strong connection to his name and brand. Even if he sold and/or gave his interest in the business to his children, there will remain a strong connection to the business. All transactions involving the business will be under scrutiny for potential conflicts of interest. Who is renting space? Who is buying condos? Who is lending money to the Trump organization? Who is clearing regulatory obstacles for the Trump Organization? All the ways that money or favors comes to the Trump organization will be scrutinized. This could undermine a Trump presidency.

That summarizes much of the recent editorials on the matter. There is another significant reason for president-elect Trump and the Trump family to divest themselves of the Trump real estate portfolio and cease the use of the Trump brand for the duration of the presidency. As soon as President Trump engages in the war against ISIS, al-Qaeda, and other Islamic terrorist groups, every one of the Trump properties will be magnets for terrorist attacks. Not only will they represent attacks against the US, they will represent direct personal attacks against the president of the United States!

Destroying the ISIS bastion in Syria and Iraq will send many foreign fighters scattering around the world. Many will head to countries that have Trump properties. These properties will need to be protected from lone wolf attacks, coordinated attacks by gunmen, car bombs, and in some countries with lower levels of airport security, they will need to be protected from a 9/11 type attack. It would be virtually impossible for the Trump Organization to afford such protection on its own. Will the US government try to provide it? Unlike US embassies that have been secured behind blast walls and space between buildings and roads, the Trump towers are in city centers close to heavily traveled streets.

President Trump needs to concentrate on doing what is best for the country. He needs to do himself, his family, and especially the country the service of freeing himself from this potentiality. Having this in the back of his mind is an unnecessary burden for a president. He needs to be focused on protecting the whole country not on his own family’s wealth.

Liquefying his own stake in the Trump Organization is the necessary first step. Purging the Trump brand and the Trump family ownership of these properties should be done as soon as possible. The Trump family wealth and the safety of the people who live in, work at, or visit Trump properties is at stake. Some commentators have said that the Trump family will not want to sell at “fire sale” prices. It would be a shame if they have to lose a great deal of their wealth due to a quick divestiture. It would be a greater shame if the figurative “fire sale” becomes a literal fire sale.