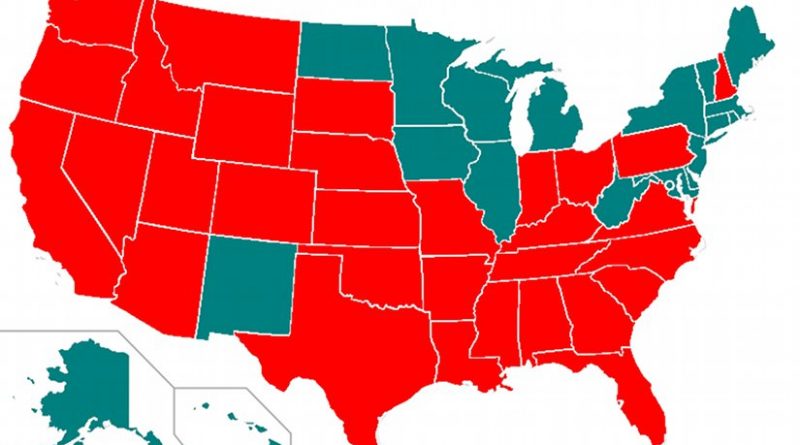 More than 10 years ago, the Supreme Court ruled in two separate cases that the death penalty is unconstitutional when applied to juveniles or the intellectually disabled.

But today, over a decade later, many states still execute inmates with severe mental illnesses, such as schizophrenia, bipolar disorder and post-traumatic stress disorder.

And Catholic advocates say the rules need to change.

“As Catholics we are called to uphold the dignity of all life, and supporting a Severe Mental Illness exemption bill is a vital part of our call to live where justice and mercy meet,” said Karen Clifton, executive director of the Catholic Mobilizing Network. The group advocates for an end to the use of capital punishment.

The death penalty for the severely mentally ill “does not further the retributive goals of the punishment, as this population simply does not have the requisite moral culpability,” a new report by the American Bar Association on the death penalty stated.

“Their illnesses can impair the ability to interpret reality accurately, comprehend fully the consequences of their actions, and control their actions.”

Two years ago, a federal court halted at the last minute the execution of a man diagnosed with schizophrenia. Advocates are citing his case in favor of a death penalty ban for the severely mentally ill.

Scott Pinetti, the man at the center of the Texas case, killed his in-laws in 1992 and was sentenced to death in 1995.

Before his crime, he had been hospitalized 14 times in 11 years for symptoms of mental illness. Pinetti was diagnosed with paranoid schizophrenia and suffered from hallucinations. At his trial, he dressed in a purple cowboy outfit and attempted to subpoena John F. Kennedy, the Pope, and Jesus Christ. Yet he testified in court against the wishes of his attorney, and the jury sentenced him to death.

A federal appeals court granted a temporary halt to his scheduled execution in 2014, just hours before it was to take place. Texas’ Catholic bishops approved of the move and restated their opposition to his execution.

“The Texas Bishops have long taught about the immorality of the death penalty and were particularly vocal seeking mercy for Panetti, who has been diagnosed by several doctors as suffering from severe mental illness,” they stated, adding that “the death penalty in his case would violate the constitution’s prohibition on cruel and unusual punishment.”

Yet despite prohibitions on the execution of juveniles and persons with Intellectual Disability (formerly referred to as mental retardation), decided by the Supreme Court in 2002 and 2005 respectively, many states that use the death penalty have no specific prohibition on the its use on persons who had severe mental illness at the time of their crime.

Thus, controversial executions of people with evidence of mental illness continue. For instance, in 2015 Georgia executed Andrew Brannan, a Vietnam War veteran whose lawyers said was ruled 100 percent disabled with PTSD by the Department of Veterans Affairs and was diagnosed with bipolar disorder before he shot and killed a police officer.

A coalition of groups, including the Catholic Mobilizing Network, the American Bar Association and the National Alliance on Mental Illness, and other religious and mental health groups have been pushing for this legal protection.

Several states, including Ohio, Tennessee, Texas, Virginia, and North Carolina, are “expected to consider severe mental illness exemptions” to their death penalty law next year, said Hilarie Bass, president-elect of the American Bar Association. These legislative proposals are bipartisan, she added, speaking at a keynote luncheon on severe mental illness and the death penalty at Georgetown University.

Getting into the details

Someone with “severe mental illness” would have a specific diagnosis like schizophrenia, bipolar disorder, or post-traumatic stress disorder, would have had it for at least a year, and would have “comparatively severe impairment in major areas of functioning.”

Before a capital murder trial, the judge would need testimony “from a licensed psychiatrist or psychologist who would reevaluate the defendant and his or her health history,” Bass explained. Witnesses familiar with the defendant could give testimony for or against their claim of severe mental illness.

It would have to be clear that the judgment of the defendant would have been impaired at the time of their crime, and not just in the present moment.

And these exemptions “would not create a total defense for murder, or mean that the defendant would not be punished if found guilty,” Bass insisted, as someone committing a capital crime could still receive a life sentence without parole.

Severe mental illness like schizophrenia can clearly impair someone’s judgment to the extent that their guilt for a capital crime is reduced as it is for juvenile offenders and the Intellectually Disabled, Bass argued.

In those cases, she said, “our society considers both groups less morally culpable than the worst of the worst,” and “less able to appreciate the consequences of their actions, less able to participate fully in their defense, and more likely to be wrongfully convicted.”

Yet the same applies for persons with severe mental illness, she said. Someone could competently plot a crime yet be delusional while doing so – which was the case of Russell Weston, who drove from Illinois to Washington, D.C. and shot two Capitol Hill police officers in 1998.

According to the Washington Post, Weston afterward told a court-appointed psychologist that he had come to the Capitol seeking “the ruby satellite” which would protect citizens from diseases spread by cannibalism. He had also previously stayed 53 days in a mental hospital.

However, these aren’t reliable methods of ensuring a just sentence, Bass said.

For one, a defendant with severe mental illness could be seriously impaired in court. “It can strongly affect defendants’ decision-making about their defense, leading them to refuse to cooperate with their attorneys or reject the presentation of any mitigating evidence related to their illness,” the American Bar Association noted in its report.

However, mental illness can also be an aggravating factor for the jury in someone’s sentence, “and it is worsened when a defendant has a bizarre or flat affect in the courtroom,” the report said. Juries can also “view people with mental illness as intrinsically dangerous,” thus bringing “a significant risk” that a death sentence may be imposed because of – not simply in spite of – a defendant’s mental illness.

The delusion that can haunt a person with severe mental illness is all the more reason why they should receive treatment – not the death penalty, advocates insist.

The U.S. bishops have advocated for the overall repeal of the death penalty, but also emphasized what they called particular abuses of it, in their 2000 statement on criminal justice reform, “Responsibility, Rehabilitation, and Restoration.”

“While government has an obligation to protect the community from those who become aggressive or violent because of mental illness, it also has a responsibility to see that the offender receives the proper treatment for his or her illness,” the bishops stated.

Mentally ill inmates need treatment for their condition and not just punishment, they said. “Far too often mental illness goes undiagnosed, and many in our prison system would do better in other settings more equipped to handle their particular needs.”

Catholic Mobilizing Network agrees that treatment and rehabilitation can be more effective ways of dealing with crime in cases where criminals are severely mentally ill.

Another reason why a death penalty exemption must be considered for them, the network added, is because such persons are overrepresented in the prison population and on death row. According to one estimate, around 20 percent of those on death row suffer from severe mental illness.

Ultimately, protecting those with serious mental disorders from the death penalty is part of Catholic practice, Clifton stressed, and “a vital part of our Church’s pro-life mission.”