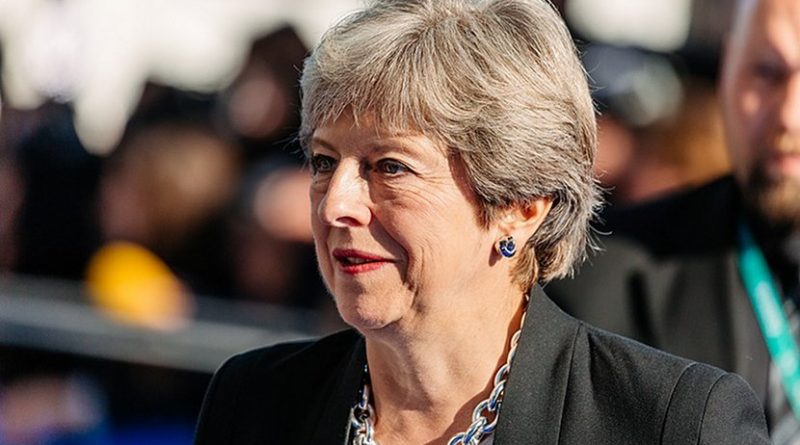 UK Prime Minister Theresa May told MPs on Monday (10 December) that she would return to Brussels to seek new concessions on the Irish ‘backstop’ as she postponed a vote in parliament to give herself one last chance to salvage her battered Brexit deal.

After another morning of chaos in Westminster, May delayed the vote planned for Tuesday on her Withdrawal Agreement struck with EU leaders in November, after her ministers warned that she was heading for a heavy defeat.

News of the postponement, which came less than an hour after May’s spokesperson told reporters that it would still take place, rattled the markets and sent the pound to a 20-month low against the dollar.

More than 100 MPs from May’s governing Conservative party had confirmed that they planned to vote against the Withdrawal Agreement.

The delay also prompted a row with the Speaker of the House, John Bercow, who described the move to unilaterally delay the vote as “deeply discourteous” to Parliament. 164 MPs had already spoken in the first three days of a five-day marathon debate ahead of the Tuesday vote.

May is now expected to head to Brussels on Tuesday ahead of a European Council summit on Thursday and Friday, but MPs from all sides warned that minor concessions would not change anything and would “merely be postponing the inevitable”.

May refused to be drawn on a new date for the MPs’ vote but hinted that it would take place in the new year just ahead of a deadline of 21 January.

In response, Labour leader Jeremy Corbyn said that the prime minister had “lost control of events”, while a series of MPs from all sides called for May to call a second referendum.

“There will be no successful and enduring Brexit without compromise on both sides,” said May, adding that her opponents should be honest about the consequences of a second referendum or leaving with no deal.

“If you want a second referendum that overturns the result then be honest that this risks dividing the country again when we should be striving to unite it, and if you want to leave without a deal you must be honest that this would cause significant economic damage to parts of our country that can least afford to bear the burden,” she added.

However, May reiterated that she was committed to striking a deal with EU leaders and did not want a ‘no deal’ scenario.

The European Court of Justice ruled on Monday (10 December) that the UK can unilaterally halt the Brexit process as Theresa May moved towards delaying a crunch vote on her EU Withdrawal Agreement in the UK parliament.

“Even though I voted Remain I have known that my duty is to deliver on the result,” she said, adding that she was “determined to get this deal over the line.”

EU officials have repeated that there will be no changes to the Withdrawal Agreement.

For his part, the European Parliament’s Brexit co-ordinator Guy Verhofstadt tweeted: “I can’t follow anymore. After two years of negotiations, the Tory government wants to delay the vote. Just keep in mind that we will never let the Irish down.”