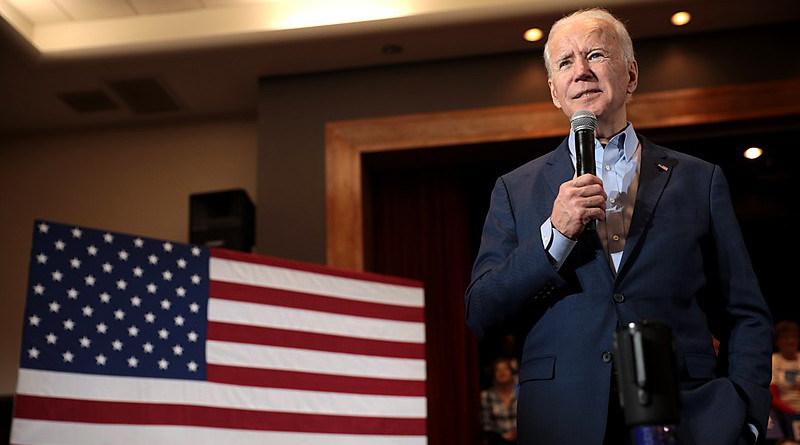 After four years of “America First,” the incoming Biden administration faces a formidable task in reviving US economic diplomacy to address national and global challenges. But fortunately for Biden, on many of these issues good policy and good politics coincide.

The most pressing issue confronting the incoming administration is the coronavirus pandemic. The global nature of the pandemic necessitates a multifaceted international solution: No one will be safe until everyone is safe.

Hopes have been buoyed in recent weeks by announcements of effective vaccines, but we face an emerging “vaccine famine.” In famines, people do not die because there is not enough food to go around; they die because they are too poor to purchase adequate provisions. “Vaccine nationalism,” in which a limited number of producer countries impose export controls or pre-emptively purchase huge stocks for their citizenry, will leave vast swaths of the world’s population, including in Asia, exposed.

The outgoing Trump administration has notified the WHO that it plans to withdraw from that organization, but recent surveys done by Pew Research, the Chicago Council on Foreign Relations, and the Eurasia Group document that a majority of Americans supports the WHO and international cooperation to end the pandemic. Such cooperation is not only the right policy, it is a politically popular one as well.

If the coronavirus pandemic is the immediate crisis facing the world, climate change is the existential threat. Global warming can only be solved through cooperative international action. The Paris Agreement is inadequate, but it is the only game in town.

The Trump administration’s withdrawal from the Paris accord, at the same time Japan was committing to carbon neutrality by 2050 and China was pledging to attain this goal by 2060, damaged the US image abroad. President-elect Biden has promised to rejoin the agreement, but the existing pact should be regarded as a stepping stone and not a final outcome. Strengthened rules are needed to manage the inevitable imposition of border taxes intended to equalize the treatment of producers facing differing tax or abatement schemes to cut greenhouse gas emissions.

The good news is that the polls show a clear majority of the public supports US participation in the Paris Agreement. In order to take many of the additional steps necessary to address climate change, the Biden administration will need to draw upon that reservoir of good will if the Senate remains in more climate change-skeptical Republican hands.

The US refusal to engage with the most dynamic part of the world economy is leaving it isolated and disadvantaged. Ironically, when the US exited the TPP negotiations, the remaining participants dropped some provisions, such as those creating rules for pharmaceutical patents and investor-state dispute settlement, that many Democrats in Congress believed excessively favored producers over the public.

The upshot is that the resulting CPTPP should be more palatable to congressional Democrats, resembling the US-Mexico-Canada trade agreement that passed with bipartisan support. It will not be politically easy for Biden to embrace CPTPP, but his administration can and should re-engage with our Asian trading partners to prevent loss of market access for US exporters and to ensure that the US participates in setting the future rules of commerce in this critical region. To remain outside CPTPP creates an opening for China to take the lead in that rule-setting.

Finally, the US has long led the world in anticorruption and transparency actions, especially by enacting the 1977 Foreign Corrupt Practices Act (FCPA), which bars bribery by US firms abroad. Extending that work at the global level is not only good for economic efficiency, it also levels the playing field for US firms in international competition.

In 2017, the US withdrew from the Extractive Industries Transparency Initiative (EITI), a global effort to reduce corruption and bring improved governance to extractive industries such as oil and mining, where problems in developing countries have been endemic. These troubles are not just an economic concern; they create national security challenges as well.

The US should rejoin EITI as well as communicate to other governments that it stands fully behind the FCPA and similar international anticorruption efforts, particularly those of the Organization for Economic Cooperation and Development. Supporting clean business practices is not only the right thing to do but will support US firms competing abroad.

The incoming administration faces a myriad of formidable tasks if it is to begin reversing four years of Trump’s attacks on global institutions. The good news is that it is a battle that the majority of the American public supports.

*About the author: Marcus Noland is a Nonresident Senior Fellow with the East-West Center and Executive Vice President / Director of Studies with the Peterson Institute for International Economics.