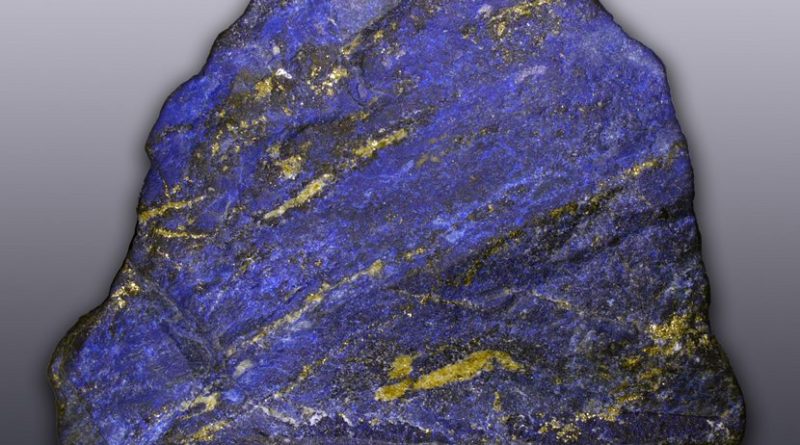 Afghanistan’s mining industry is extraordinary important for the country’s economy, setting up thousands of employments and contributing a broadly economic growth but mining can be immensely harmful if it is not regulated properly-as ran a vital range of abuses and disasters around the country. Also with range of harmful mix of poor policies, weaknesses in the institutions, bad governance and corruption which mess up mining industry and result is chaos.

Lawlessness, that dominants the mining industry in Afghanistan, acknowledged by the international, local investors and even the Afghan government officials that faces a myriad of problems and difficulties which includes a wide spread of ‘illegal Mining’.

According to USIP, the majority of active mines sites in Afghanistan are not government regulated neither controlled. According to the constitution of Afghan mining law- all, mineral resources are the property of the state, but message has not been sent properly to the local communities hosting mineral wealth.

Most of the artisanal mining involved in illegal mineral extraction which lead to conflicts, myriad loss of local and political economy. We have witnessed that certain mines are being operated for decades by the local communities who do not hold any licenses for exploitation, exploration and mining, according to MoMP roughly the government of Afghanistan losses $250-300 million annually since the fall of Taliban.

According to Global Witness, the Taliban and other armed groups are earning up to $20 million/year from Afghanistan famous lapis lazuli of Badakhshan region.

Global standards of mining operations have developed to understand that unless mine operators exercise caution and vigilance, possible direct damage and harmful impacts shall take place on surrounding communities. It is pretty obvious that In Afghanistan and around the globe, studies and experience has shown that without effective government regulation, no company shall behave responsibly. Despite the companies that put on serious efforts to do so most often fall off without proper government attention.

The rapid increase in industrial and technological advancement have a positive impact on humans in terms of producing various industrial products that plays a vital role in quality of life, but also carries a negative impact in form of air and environmental pollution, e.g. industrial waste (tailings) and technology.

One of the major concerns of illegal mining is environmental pollution which stands a great threat to human health. Illegal mining activities of heavy metals such as arsenic, cadmium, mercury and lead can cause a serious threat to the human, animal and plants life.

A survey was conducted from the residents of illegal mining sites and from the patients visiting neighbouring countries for health concerns affected by the dust emission from passing ore trucks and from ongoing illegal mining of talc in Achin of Nangerhar province, coal and heavy metals extraction from various parts of Afghanistan, which are highly linked with respiratory diseases. A farmer claimed that heavily loaded ore trucks passing through their fields leaves a thick dust coats over crops that stands in nearby fields. This is alarming and rapidly increases and the government should consider it foremost of their priorities.

Illegal mining is also responsible for soil erosion, aquatic life and natural water that flows in stream and lakes along with environmental health issues. The processing of certain minerals such as Gold in various provinces highly contaminate water resources with its waste or tailings.

A range of actors engaged in illegal and unregulated minerals extraction, which includes the warlords, certain members of the parliament, regional government officials, and various insurgent groups including Taliban, due to which the government of Afghanistan losses $250-300 million annually only to the hands of Taliban. The locality of number of mine sites are in areas which are relatively unstable and out of reach of the central government control, the insurgents and several other mafia groups have made an easy excess to have control on and for decades they are controlled and exploited by Taliban and other insurgents or criminal groups. For instance, the copper and gold deposits of Afghanistan in certain provinces such as Kandahar and Helmand, talc, chromite of Nangerhar, which are sharing border with Pakistan, the insurgents hand on to the direct shared profit of millions of dollars annually.

Similarly, unregulated and illegal small-scale extraction of minerals in Afghanistan contributes to conflict producing a great deal of mining profit by financing insurgents and various criminal mafias using violence against state to gain power, which has deprived the government of Afghanistan of revenue owed in terms of loyalties and taxes. We have witnessed, in various cases the local communities who are hosting mining sites support these mafia groups and insurgency, or various other artisanal mafia controlled mines to refrain from legal taxation by corrupt government officials.

The insurgents and several other actors who are involved in illegal and unregulated minerals extraction smuggle or illegally transport these precious mineral resources to the neighbouring countries where they sell these minerals on less than of its half prices, thus it goes to international market under the name of neighbouring countries and get immense of benefits of Afghanistan natural resources and never benefits the hosts of mineral deposits and local community.

Getting best outcomes of mineral potential in Afghanistan is a real challenge because of weak state capacity, deliberate failure of the government of Afghanistan and to formalize entire policy and legal provisions. But, certainly it is quite possible to overcome.

A greater majority of people involved in illegal and unregulated minerals extraction are the youth. The government of Afghanistan can do well in offering incentive schemes to promote mineral beneficiation in order to redirect the energy and time of these youth to various productive ventures. It is pretty important to socialize and educate the local community who are hosting mineral resources. This could be done through arranging proper seminars, Promotions, Brochures to be distributed, posters, billboards and leaflets dispersed and television and radio programs shall be on-aired. But unfortunately, socialization and education never reached the hosting mineral communities which has resulted of keeping them unaware of regarding the impacts of illegal mining.

The government of Afghanistan should be able to assure that the mining projects are subjects to competent and have the ability of dictating the overall undesirable impacts and inevitable violation of law. The present framework remained fail in this case and should be able to do more of creating transparency and accountability initiatives. Unfortunately, the government of Afghanistan lacks effective mechanism and framework to encounter artisanal illegal mining throughout the country. The government failed to oversight mining operations and mines supposed to submit required compliance reports to the mining and environmental ministries every six months.

There should be a mutual commitment from policy makers, but very unfortunately, the role of stockholders/policy makers and the public is still lacking. The government officials, warlord and other and local police officers involved in illegal mining should be prosecuted and legal actions should be taken against them.

There is a need of establishing a special taskforce which should be responsible of awareness of better livelihood, environmental impacts, worth of natural resources, and coordination with local community, controlling and overseeing the mining operations, they are supposed to directly submit compliance reports to the ministry of Mines and Petroleum and to the office of President. This taskforce should also be responsible for creating coordination between the government of Afghanistan and local community hosting mineral wealth.

According to global mining principles, the government of Afghanistan, mining companies (national & international) and other stakeholders are supposed to take care of sustainable local community development. The mineral wealth when developed, there should be a sustainable human well-being by incorporating with economic and social infrastructure in terms of creating job opportunities, education, health and transportation. Traditionally, in Afghanistan we have witnessed that mining wealth have always benefited the national economy, but unfortunately the local communities have always been avoided.

Facilitating local communities who are holding national mineral wealth will not only benefit the mining companies and government of Afghanistan, but also will have a great impact to overcome the insurgency and other various actors involved in illegal and unregulated mining.

The important conclusion to be made regarding the illegal mining and unregulated mineral wealth in Afghanistan, that there is an obvious reflection of government’s failure to translate what actually we have in the policy and legal framework which has to be brought into actual practices. The government officials, Parliamentarians, warlords and other actors should be restrained and deprived from indulging in illegal mining of natural resources in Afghanistan. The law enforcement agencies should be committed to have a strong hold on borders insurgency movements, especially related to mineral wealth.

*Mohammad Ismail Amin is a mining expert and is based in Kabul. He can be reached at [email protected]