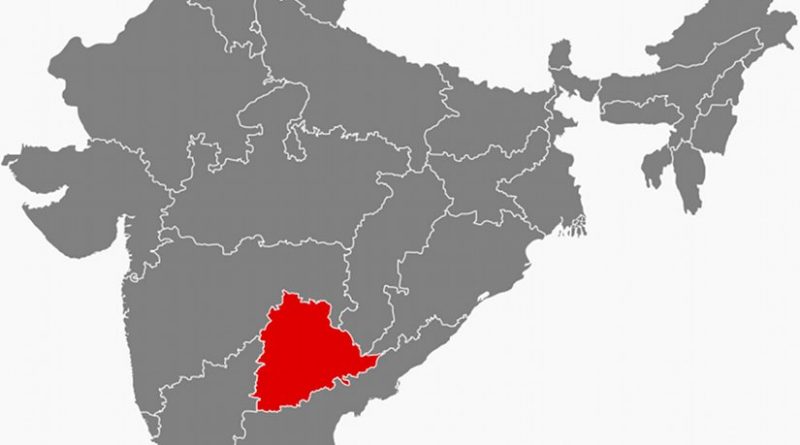 On January 11, 2019, the District Police arrested two Communist Party of India- Maoist (CPI-Maoist) cadres from Tekula Gudem village in the Bhadradri Kothagudem District. The arrested cadres were identified as Yalam Bikshamaiah and Valva Kistaiah of Lodedu village in Bijapur District, Chhattisgarh. They were said to be working as members of the CPI-Maoist’s ‘Revolutionary People’s Committee (RPC) of Maddedu Area Committee’.

On January 6, 2019, the State Police arrested a leader of the Chandranna faction of the Communist Party of India-Marxist-Leninist-New Democracy (CPI-ML-New Democracy-Chandranna), identified as Singaboyina Veerabhadram aka Ramanna, near Vennaram Lake in the Dornakal Mandal (administrative sub-division) in Bhadradri Kothagudem District. According to the Veerabhadram Police, a Self-Loading Rifle (SLR), a magazine, and 20 rounds were recovered later. The Police also seized some books, which they claim were prohibited, and a laptop.

On the same day, the District Police arrested a cadre of the Communist Party of India-Marxist Leninist-Janashakti (CPI-ML-Janashakti), identified as Vavilala Saikumar, from Kodimyala Mandal in Jagtial District. The Police seized one 0.32 calibre pistol, 19 bullets, two magazines, and two cell phones from his possession.

On January 5, 2019, Police arrested seven CPI-ML-Janashakti cadres, who had threatened a Government employee from Siddipet District, demanding payment of INR 1.5 million. Acting on a complaint lodged on January 2, 2019, Police tracked the movements of the accused and arrested them. Police also seized one 0.32 calibre pistol, 35 live rounds, two magazines and five mobile phones from their possession. A person (identity not disclosed) reportedly had lodged a complaint with Kuknoorpally Police stating that he was directed to pay the extortion amount and he agreed to pay only INR 50,000, to which the accused agreed, and asked him to pay the amount to one D. Malla Goud, who was one among the seven arrested. The other six persons arrested were identified as M. Lakshmi Narasimha, Y. Ramulu, V. Santosh, G. Mahender, R. Rajashekar and A. Mallesham Goud.

Though no Naxalite has surrendered in the current year (data till February 10, 2019), during the corresponding period of 2018, at least two Naxalites had surrendered before the Police. A total of at least 10 such surrenders had been recorded through 2018, in addition to 23 such surrenders in 2017, according to SATP data.

Meanwhile, SFs killed one Naxalite in 2018 in addition to 11 killed in 2017. On July 24, 2018, a CPI-Maoist ‘divisional committee’ member and in-charge of Cherla-Shabari area, identified as Arun (30), was killed in an encounter with the Police in the forest area of Cherla Mandal in Bhadradri-Kothagudem District. Arun was involved in more than 10 crimes, including three killings and landmine blasts, and carried a reward of INR 400,000 on his head. The Police recovered a .303 Rifle and four kit bags from the encounter spot. Since, the formation of Telangana on June 2, 2014, the State has recorded a total of 16 Naxalite deaths: one in 2018, 11 in 2017, one in 2016, two in 2015, and one in 2014.

Significantly, SFs have not suffered any loss through 2018, as well as 2017. In fact, since the formation of Telangana on June 2, 2014, no SF losses have been recorded, demonstrating clear SF dominance the State.

The security situation in the State remained unsurprisingly peaceful through 2018. Two civilian fatalities were recorded through the year. On September 10, 2018, CPI-Maoist cadres killed a tribal farmer, identified as Irpa Venkateswarlu (52) of Kurnavalli village, in the Kurnavalli Forest area in Bhadradri Kothagudem District. The Maoists left a note near Venkateswarlu’s body, claiming he was a ‘Police informer’. On January 27, 2018, CPI-Maoist cadres killed a former Maoist cadre and injured another, suspecting them of being ‘Police informers’, in the Bhadradri Kothagudem District. The killing of civilians after branding them ‘Police informers’ clearly indicates that the Maoists are getting increasingly wary of their declining prowess in the region, which was once their principal stronghold.

The State had also registered two civilian fatalities in 2017, both alleged ‘Police informers.’ Since the formation of the State, at least eight civilians have been killed by the Naxalites, out of which seven were accused of being ‘Police informers,’ while one person was killed by the Naxalites as they nursed a grudge against the deceased, reportedly for seeking the help of the CPI-ML-New Democracy-Chandranna faction to resolve an internal issue in his village.

Some indicators, nevertheless, suggest a struggle for a Naxalite revival in the State. According to SATP data, the Naxalites triggered at least three landmine blasts in 2018, as against none in 2017. One incident of arson was registered in 2018, in addition to another in 2017. The Maoists issued bandh (total shut down) calls on two occasions in 2018, in addition to one such call through 2017.

Significantly, no major incident (involving three or more fatalities) was recorded through 2018, as against one in 2017. On December 14, 2017, at least eight cadres of the Chandra Pulla Reddy Bata faction of the Communist Party of India–Marxist Leninist (CPI-ML, Chandra Pulla Reddy Bata faction) were killed in an encounter with the Police in the Mellamadugu forest area under the Tekulapally Mandal of Bhadradri Kothagudem District.

However, despite the CPI-Maoist’s October 16, 2018, call for a boycott of the Telangana Assembly elections, at least 73.20 percent polling was recorded. According to a November 1, 2018, report, in a letter issued in the name of Sabitha, ‘secretary’ of the CPI-Maoist ‘Yeturru Nagaram – Mahadevpur Committee’, asked people to confront and question the Telangana Rashtra Samithi (TRS) leaders who come to them asking for votes.

The State held single phase Election on December 7, 2018. K. Chandrashekar Rao, who was the Chief Minister at the time of election, returned to power after declaration of the results on December 11, 2018. The TRS, led by Rao, bagged 88 seats, followed by the Indian National Congress (INC), with 19 seats; All India Majlis-e-Ittehadul Muslimeen (AIMIM), seven seats; Telugu Desam Party (TDP), two seats; and Bharatiya Janata Party (BJP), All India Forward Bloc (AIFB) and Independents (IND), one seat each. In the previous election held in 2014, Telangana had recorded a turnout of 68.9 percent.

Geographically, all LWE-linked fatalities in 2018 remained confined to Bhadradri-Kothagudem. In 2017, all but one civilian fatality (reported from Khammam District), were reported from Bhadradri-Kothagudem District. Telangana has a total of 31 Districts. Unsurprisingly, on August 1, 2018, the Union Ministry of Home Affairs (UMHA) identified Bhadradri-Kothagudem as one among 30 ‘worst Maoist-affected’ Districts across seven States in the country. Further, on April 16, 2018,  UMHA also disclosed that the number of Maoist-affected Districts covered under the Security Related Expenditure Scheme (SRE) had decreased from 126 in 10 States to 90 in 11 States. Eight of these 90 Districts were in Telangana: Adilabad, Bhadradri-Kothagudem, Jayashankar-Bhupalpally, Khammam, Komaram-Bheem, Mancherial, Peddapalle, and Warangal Rural.

Clearly, the Maoist threat is not completely over, despite overwhelming gains registered by the Security Forces. In addition to steps taken over the last several years, the State also initiated a number of new programmes in 2018. According to a November 14, 2018, report, the State Police has coined a new slogan ‘Samacharam Maku… Bahumathi Meeku’ [give us information (about the Maoists) and take huge cash as a reward]. Posters printed with the slogan, with photographs of 12 CPI-Maoist ‘action team members’ and phone numbers of Police officials of various ranks have been put up on the walls across the State. The Telangana Police also continued to maintain vigil on the borders with Chhattisgarh to prevent Maoists from entering the State.

There are, nevertheless, some areas of neglect. At least 16,044 Police posts were vacant in the State as on January 1, 2017, against a sanctioned strength of 63,064 – a deficit of 25.44 per cent – according to the Bureau of Police Research and Development (BPR&D). Moreover, against the sanctioned strength of the apex Indian Police Service (IPS) Officers in the State at 139, just 97 were in position, considerably weakening decision-making in the Force. The police-population ratio (Policemen per hundred thousand population) in the State was 130.71 per 100,000, even lower than the appallingly low national average of 137.11 [over 220 Policemen per 100,000 population are considered necessary even for ‘peacetime policing’], according to BPR&D, as on January 1, 2016 [Disaggregated data of population/area for Andhra Pradesh & Telangana not available for 2017].

Maoists will continue with their effort to engineer a revival in their erstwhile areas of dominance in Telangana, the worst affected region at one time in united Andhra Pradesh. The State leadership has kept up the pressure on the rebels, but with the surviving concentrations of LWE activity arrayed along its border, Telangana can afford no measure of complacency.