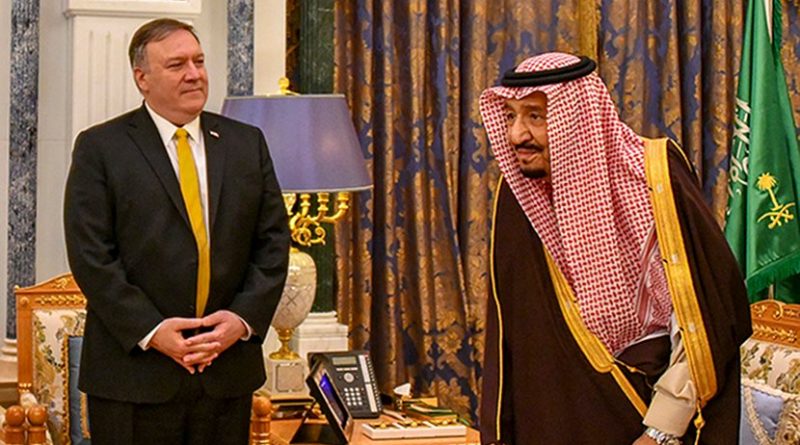 US Secretary of State Mike Pompeo on Monday denied Washington was “covering up” the killing of Saudi journalist Jamal Khashoggi and promised further action.

“America is not covering up for a murder,” Pompeo told reporters in Budapest.

During an official visit to Hungary, Pompeo said that Trump’s administration was “working diligently” on its investigation.

“The president has been very clear — couldn’t be more clear — as we get additional information, we will continue to hold all of those responsible accountable,” he said.

On Friday, a State Department representative said Pompeo had briefed US lawmakers on the murder investigation but gave no other details.

Also on Friday, Saudi Minister of State for Foreign Affairs Adel Al-Jubeir said that Crown Prince Mohammed bin Salman did not order the killing of Khashoggi.

“We know that this was not an authorized operation. There was no order given to conduct this operation,” Al-Jubeir told members of the US media in Washington.

Saudi Arabia late last year indicted 11 people for the killing at the Kingdom’s consulate in Istanbul in October. Prosecutors are seeking the death penalty against five of them.

Al-Jubeir said the Saudi judiciary is committed to holding those involved in the killing of Khashoggi accountable, adding that he hoped the US Congress would take a step back and await the results of the investigation.

Home » Pompeo Says US ‘Not Covering Up’ Khashoggi Murder

The Good, The Bad, And The Ugly In India-China Nuclear Relations – Analysis

Where Have All The Sunflowers Gone? – OpEd