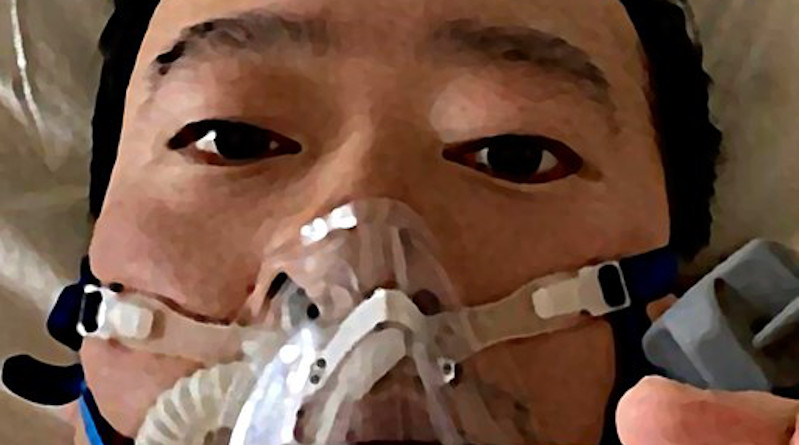 Beijing is always cold in February; snow glistens on the ground and flurries from above christen Tiananmen Square’s skyline. But for journalists like Reuters’ Mark Chrisholm, it doesn’t take much to notice something is out of place. His daily commute takes him through the heart of the city, where a once flourishing, buzzing local culture has now been forced into hiding for fear of facilitating further the Wuhan coronavirus. “You see empty walkways, empty streets with very little cars, bicycles or motorbikes,” Chrisholm wrote in the online publication. “I’ve lived in Beijing for 15 years and never seen the city so deserted,” He continued. “I actually find it rather sad that this usually vibrant place has become a ghost city with 25 million people holed up in their apartments.”

The uncontained spread of the virus has all but stopped certain aspects of Chinese life dead in its tracks. Celebration for the Lunar New Year has been ground to a halt while Beijing desperately attempts to reassure both the public and the world that the pathogen is being properly disposed of. Late Thursday, Chinese President Xi Jinping personally called US President Donald Trump to reassure him that Beijing was sparing no effort to manage the crisis. “President Trump expressed confidence in China’s strength and resilience in confronting the challenge of the 2019 novel coronavirus outbreak,” a White House spokesman said in a statement. “The two leaders agreed to continue extensive communication and cooperation between both sides.”

While most experts agree on the culprit behind the outbreak being a fish market in Wuhan, there can be no doubt the chief expeditor for its dramatic surge can only be Xi Jinping’s government’s unfortunate policy of aggressively burying any negative or potential harmful news that could affect the public’s opinion on sensitive issues. The Chinese constitution, which specifically claims among the rights of its citizens are freedom of speech and press, is routinely overruled by national leaders using very vague legal language allowing officials to define any sort of media from individuals as dangerous, reckless, or a threat to the common good.

This isn’t the first time Beijing has used media suppression to downplay the seriousness of a medical emergency. During the SARS outbreak of 2002-2003, roughly 800 people died due to a lack of safety information on the issue.

Li Wenliang, the brave 34-year old doctor who was arrested for spreading the word about the dangers of the coronavirus, was one of the victims of that policy. Li was among six others on social media who disobeyed officials by talking about the problem and were put into custody by the authorities. Sadly, the young doctor recently passed from the disease he tried so hard to raise awareness about, most likely contracting it from the patients he tried to help. He left behind a wife and child, the latter of which has reportedly also contracted the virus.

“It’s not so important to me if I’m vindicated or not,” Li said in an interview from a quarantine room before his death, “what’s more important is that everyone knows the truth.

So far, the Wuhan coronavirus has claimed the lives of over 600 people worldwide and infected over a dozen nations including Great Britain, France, Russia, Canada, Japan, Australia, and the United States. Both Washington and the World Health Organization have declared the epidemic a medical crisis on critical levels. This all begs the question: How long can China rule with an iron grip so tight that it suppresses pivotal, basic information vital for its citizens very survival?

Ironically the capital’s devolvement into a monument to the Chinese government’s own explicit failure to put the health, safety, and well-being of its citizens over national pride serves as a giant symbol to the whole world that the system simply isn’t working. And hundreds, including Li Wenliang, have already paid the ultimate price.