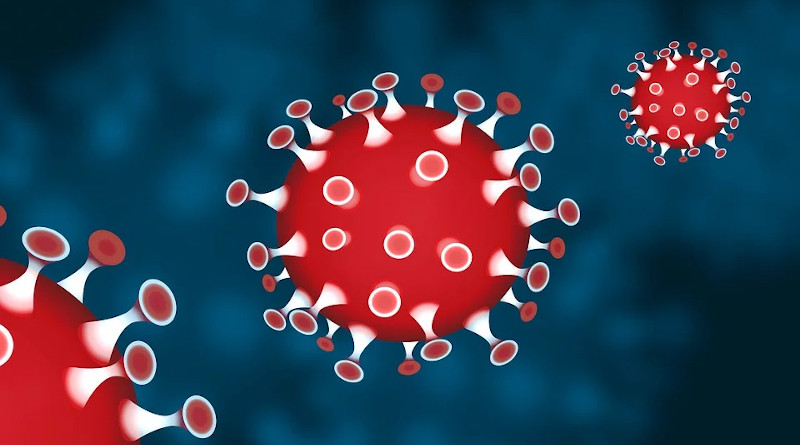 This is how the budget process in Washington begins. Step one: the president submits his budget to Congress. Step two: Congress puts the president’s budget in a drawer somewhere and forgets about it. Step three: Congress passes a budget it likes instead.

This reality, however, has been conveniently ignored in recent weeks. Some pundits and politicians have claimed that Donald Trump “gutted the CDC.”

Trump has been busy “slashing the government agencies” that combat disease control, one headline reads. Another claims, “the Trump administration has spent the last two years gutting critical positions and programs that…weakened the federal government’s ability to manage a health crisis.”

Well, it’s possible that there is a federal program out there somewhere that Donald Trump “gutted,” but the CDC isn’t one of them.

This is largely because Congress ignored the administration’s budget request and increased the CDC’s budget from 2017 to 2018 and again from 2019 to 2020. Trump didn’t object. As ABC news reports:

All of Trump’s budget proposals have called for cuts to CDC funding, but Congress has intervened each time by passing spending bills with year-over-year increases for the CDC that Trump then signed into law.

Nevertheless, leftists of all stripes have used the imaginary “gutting” to claim both that Trump is a fool and that the reason the CDC hasn’t handled the COVID-19 outbreak with flying colors is because its budget has been “gutted,” “slashed,” and “depleted.”

But here’s the reality: the CDC’s budget is now more than 7 percent larger than it was under President Obama’s last two budgets. That is, the actual enacted program budgets for the CDC in 2016 and 2017 were both under $7.2 billion, but for 2020 the budget Congress adopted for it is nearly $7.7 billion.

Here’s the analysis from Factcheck.org:

I attempted to recreate this, and I came up with a lower number for 2018:

This, of course, is why it’s so important to use budget numbers that reflect actual enacted budgets and the year-end sums of various budget resolutions. The “proposed budgets” coming out of the White House are next to useless when it comes to actual budget numbers. Those who insist that the CDC budget was gutted are either straight-up lying or they don’t understand the difference between a budget recommendation and an enacted budget.

These facts matter, largely because government interventionists so often seek to create a narrative in which every problem can be solved by a large centralized government with the ability to enact grandiose plans. And if these government agencies don’t seem to know what they’re doing? Then it must be because the government has been “gutted” or simply hasn’t been taxing the people enough.

In the minds of these people, the fact that there is ever a health crisis at all is prima facie “proof” that a government solution is the way to go.

But we haven’t seen that actually play out.

By no measure is Italy—where one of the worst outbreaks has occurred—a “laissez-faire” country, even compared to other European states. And China, of course, is an inept regime that is nonetheless good at keeping up appearances for foreigners. Thus, we now hear praise for the Chinese regime’s “unprecedented, broad, aggressive response,” yet China’s state-dominated medical infrastructure is certainly nothing to brag about, and a lack of bureaucratic transparency means that critical data is often well hidden from ordinary people and local officials. It is likely that the environmental, economic, and bureaucratic conditions created by the Chinese state fostered greater spread of the illness early on. To now hold up China as some sort of model requires that we ignore why the disease reached the point in China where such draconian responses appeared to be necessary.

Meanwhile, in the USA that medical bureaucracy that we hear is so “underfunded” has nonetheless been quite active—at preventing testing for COVID-19. A complex system of rules and permissions enables the CDC and the FDA to create testing bottlenecks.

Meanwhile, state-level and private organizations have been implementing practical solutions. Private firms have postponed and canceled events. And it’s state-level health organizations that have been trying to work around federal bureaucracy in order to implement better testing protocols. Instead, radical decentralization and polycentric political efforts offer a more likely solution.

Naturally, many will attempt to claim that the level of federal ineptitude is somehow all the doing of Donald Trump. But this is how governments function, whether Trump is president or not. Nor is there any evidence to assume that the CDC would respond with great wisdom and foresight under any other president. Indeed, US presidents tend to respond with minimal action in cases like this, such as when the Obama administration refused to block travel from Ebola-stricken countries.

Throwing an extra billion dollars at the CDC wouldn’t have made the COVID-19 outbreak go away, no matter how much advocates for a centralized China-style response want it to be so. Indeed, given the failure of huge national bureaucracies in both China and Italy, it seems that maybe such institutions do not offer reliable solutions.