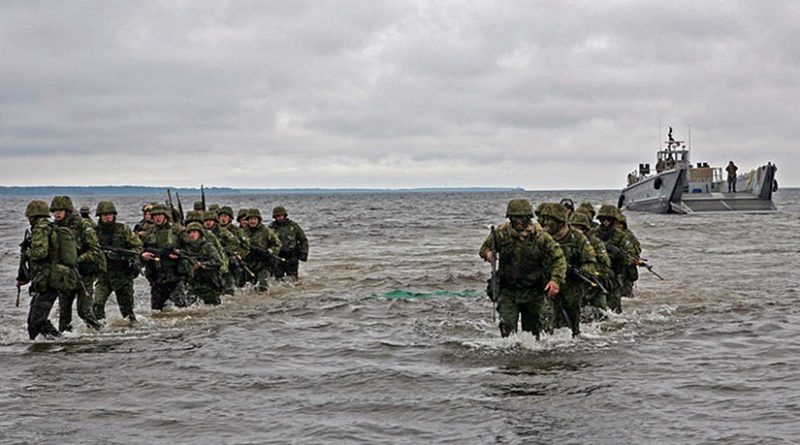 The security situation in the world is deteriorating year by year, day by day. But wars and conflicts nowadays are not only deaths and damage but business and money for involved participants.

The Stockholm International Peace Research Institute (SIPRI) published a report on all international transfers of major arms (including sales, gifts and production under license) to states, international organizations and non-state groups.

the SIPRI Arms Transfers Database which is freely accessible from 9 March 2020 aims to contribute to an understanding of the effects of arms flows on peace, stability and violent conflict.

Indisputably, Europe today is a crisis region. In many European states growing tensions with Russia and involvement in military operations in the Middle East have contributed to a growing demand for new arms, vehicles and military equipment. Arms imports by European states were 3.2 per cent higher than in 2010–14 and accounted for 11 per cent of the global total.

Thus, this country could be also called the main beneficiary and business maker. It is worth mentioning, that the U.S. accounted for 41 per cent of the Europe’s arms imports in 2015–19. The U.S. arms industry has significantly benefited from the demand for arms in Europe.

Among the most devoted consumers of the U.S. arms in Europe are the Baltic States. In order to be ready to buy the U.S. arms, military vehicles and equipment, the Baltic States are to increase their defence spending rapidly. Thus, Lithuanian President Gitanas Nausėda at the annual meeting with foreign diplomatic corps last month underlined, that Lithuania allocates 2 percent of GDP for defense and intends to steadily increase this spending to 2.5 percent.

Expansive process aimed at introducing new weapon systems in the Lithuanian Armed Forces has been continuing.

According to a statement released by the U.S. Department of Defense in February, the American Company Oshkosh Defense LLC was awarded a $407,335,834 modification (P00291) to contract W56HZV-15-C-0095 to procure Joint Light Tactical Vehicles (JLTV) and associated kits. For this contract, Oshkosh Defense will deliver JLTVs to Lithuania, Slovenia and U.S. Marine. Lithuania is to procure 200 units of JLTV.

Recently, the Pentagon has also signed a contract with Raytheon/Lockheed Martin Javelin JV for the production of Javelin man-portable fire-and-forget anti-tank missile systems in order to supply them to Lithuania, Estonia and another 14 countries. The total cost of the contract exceeds $18 million, according to a report on the website of the U.S. Department of Defense. The deadline for production of the systems is June 25, 2020.

Such purchases cause controversy within the European Union because most of arms came to Europe from the U.S. European experts consider this fact a threat to the European collective defence capabilities and a constraining factor for the development of the European military-industrial complex as well as of national military industry.

So, the Baltic States bet on the U.S. not on the European Union. In any case, the U.S. successfully is developing its own economy at the expense of other countries. Nothing personal – just business. What is the benefit to the Baltic State?