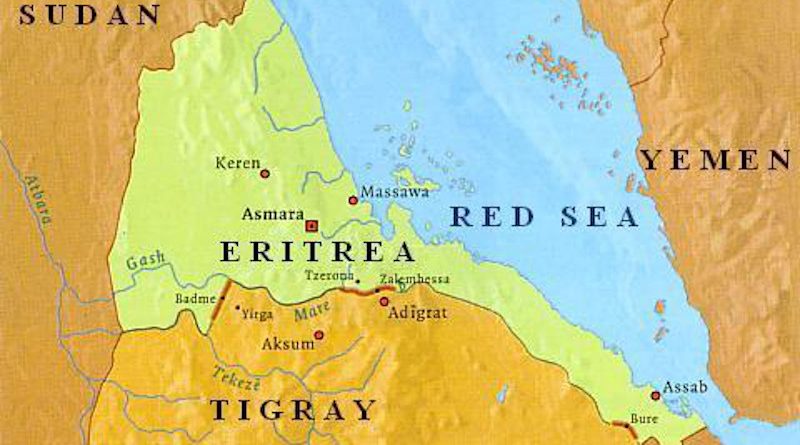 The midnight of November 3-4, 2020 witnessed the unleashing of the armed conflict in the Tigray region of Ethiopia in the Horn of Africa. For nearly a fortnight there was a communication blackout until on November 17 the Europe External Programme with Africa (EEPA) launched a daily situation report.

March 10 marked the 100th edition of its publication, which has been following the chain of events of the war in Tigray. A close look at the situation reports reveals that the continuing war is regional, has been so from the start and that it had been planned as such.

Facts speak for themselves: The results of the war are devastating; the figures speak of its impact on the civilian population in Tigray: 20,000 Eritrean refugees have “disappeared”; over 62,000 refugees have arrived in Sudan; 10,000 women have been victims of rape or gender-based violence; 52,000 have been killed; 2.5 million have been displaced, and 4.5 million are in need of emergency food aid.

Subsequently, continued escalation of the war will further jeopardize civilian lives. The protection of civilian lives and the dignity of all should, therefore, be central to the way forward out of the war.

The parties involved in the conflict have different stories to tell on the outbreak of the fighting.

On the one side, the Ethiopian federal government claims that the Tigray regional government was illegally elected and that the government party, the TPLF, “and their supporters”, carried out unprovoked attacks against the Ethiopian National Defence Forces’ (ENDF) Northern Command. This command, which is tasked with protecting the Northern border against Eritrea, was one of the best supplied, trained and armed commands in Ethiopia.

As a consequence of these attacks on the Northern Command, Prime Minister Abiy Ahmed and the Ethiopian federal government declared a law-and-order operation and started operations in Tigray.

However, the Tigrayans claim that they had evidence that the Ethiopian federal government was preparing an attack to remove the elected regional government and that Tigrayan forces attacked the Northern Command bases pre-emptively to foil this “plot”.

A source close to the TPLF maintained the reality was different:

“The federal government, in close collaboration with the Eritrean government, had been making military preparations to launch an attack on Tigray. Already a number of divisions had been mobilized by the federal government towards Gondar, Afar, and Raya to attack Tigray, respectively from the West, East, and Southern parts of Tigray. (..) The Tigray government received information on a pending attack in the last week of October. Apart from that, the Federal government had been secretly organizing the Northern Command to launch sudden secret operations and kill leaders in Mekelle in times when they gather for meetings or other purposes. The regional government had this intelligence information.” (Situation Report 100, 9 March 2021)

The elected President of the Tigray region, Debretsion Gebremichael, said that his “forces had foiled a plan by the federal troops to use artillery and arms stationed there to attack the region”. With tensions growing between the TPLF and the federal government, and a feeling that they were being systematically persecuted, the TPLF wished to retain control over the powerful ENDF Northern Command stationed on its territory.

EEPA situation reports maintain that the evidence of the presence of Eritrean and other troops in the Tigray war is no longer disputable. Eritrean troops have been identified by their clothing and license plates, and have been reported by foreign diplomats, UN security teams and media. Eritrea has played a key logistical and military role in the conflict.

There is also an increasing amount of evidence of other regional actors involved in the war, including indications that the United Arab Emirates may have carried out drone strikes in Tigray from its base in Assab, Eritrea; drone strikes have stopped following the vacation of the base.

Estimations of people, including civilians, killed in Tigray are hard to come by in light of the communications blackout. However, multiple massacres of civilians have been reported, while more in smaller villages attracted less attention. 600 people died in Mai Kadra. Amnesty International and Human Rights Watch reported the massacre in Axum, where 800 people died, although numbers may be higher than this.

The shelling of Axum by Ethiopian and Eritrean troops may amount to a war crime, while the killing of civilians and looting by Eritrean soldiers may amount to crimes against humanity, states Amnesty. Claims of ethnic cleansing have been reported in western Tigray. All parties have been accused of atrocities, which are still ongoing as fighting between the various forces continues.

Also, the Ethiopian heritage has been attacked, as reported by EEPA. Around December 15, the mosque near al-Negash was shelled and, as a result, heavily damaged. It was not until several weeks later that the first pictures of the damaged mosque appeared online. The site, which according to local stories is  the oldest mosque in Africa and was established in the 7th century, has a particularly important significance to the people of the area and it had been recently renovated with Turkish government funding.

Already before the shelling of Negash was reported, there had been reports that thirteen priests had been killed in Tembien and Zalambessa on December 17 and 19. The circumstances around their execution remain unclear. The same time, December 19, saw the first reports of a massacre in Mariam Dengelat. Over 80 people seeking refuge in the monastery were killed. Eritrean soldiers accused of carrying out the massacre also looted important cultural artefacts and record from the site. In January, the massacre in Axum was reported. Axum is one of Tigray’s holy cities, where they claim to hold the Ark of the Covenant.