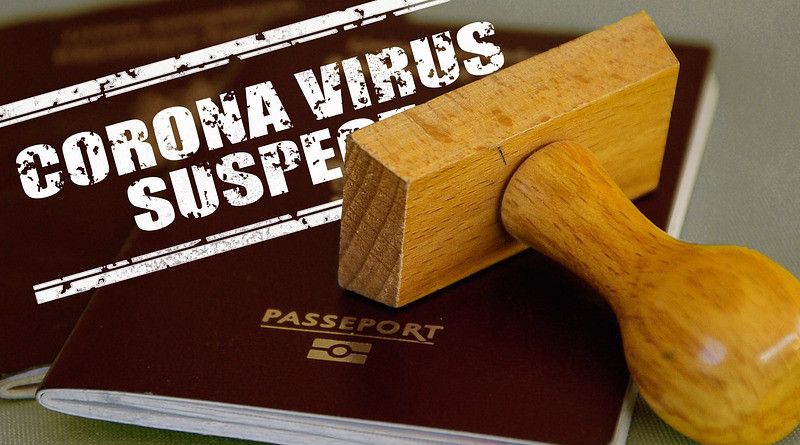 In times of war (such as WWI) biological weapons served to defeat the enemy. In peacetime, gun wars were no longer considered conventional since today’s cyber wars became the new fashion in modern wars. It is no longer necessary neither profitable to provoke a war on a nuclear scale when society today lives in a parallel digital world where every human identity can be traced and revealed digitally through a computer.

Today’s free market economy can be easily compromised by hacking the network system of a multinational corporation. Cyber wars are the new electronic battlefield. The greatest harm for the economy today is achieved through non-conventional means. Alternative means of warfare have shaped the academic notion of international security. To understand how a country or a non-state entity dominates or influence the geopolitical landscape, involvement of non-conventional means should also be taken under loop.

Now we are facing a pandemic crisis with the rise of a virus that started in China and spread rapidly across the globe. Immediately, after the break of COVID 19 as a serious threat to human lives, the first action that world powers initiated was to accuse each other of calling the coronavirus a possible biological attack on humanity. Keeping a good image in the event of this crisis seemed to be more important than finding a mutual solution to the problem. Dwelling on those claims wouldn’t bring answers without sliding into the conspiracy field. Economy today is interconnected so any attack of this nature would cause a very wide range of damage. What we can answer for certain is how the escalation of global health crisis defines relationship between world powers and other minor actors within the global economy.

Based on actual data, China is recovering. What’s important to know is how China managed to keep the situation effectively under control without inducing the need for a cure. China sets an example how discipline, mobilization, and organization can reduce the impact of this deadly virus.

In front of a mobilized China, Western countries are still struggling to keep the situation stable while pointing fingers towards China’s transparency in regard to their data; accusing them of hiding a reality that supposes that China has a much greater number of victims than officially declared. China is establishing a strong role in fighting the virus globally by supporting and supplying countries that have gone out of protective masks.

On the other hand, Western powers are confronted with a new reality that disturbs the balance between economic vitality and peoples’ health. Countries should remind that a state originates from man and thus it must guarantee for him. The same applies for corporations. The United States realized this when they provided up to $1,200 as an economic relief for individuals. Now that China is topping newspaper headlines as a successful crisis preventer, Western powers will find it difficult to accept China’s success and new global role.

Economic dependence and comparative advantage as determinants of the future

The well-known theoretical concept of trade between countries is based on the premise that countries should produce what they can produce best and export it to other countries. For example, country A produces product A better than country B, while country B produces product B better than country A. As effect countries establish an interdependent relationship. This type of exchange is otherwise known in international trade theory as a Comparative Advantage. Such an economic climate stimulates the growth of multinational corporations, the benefit of which also raises a country’s perspective.

In this economic structure, man as a buying force, keeps the economy alive. Man exercises his presence and lives with a comforting assurance that in such times, and in a world that is being democratized, life has no way of being compromised anymore. As time passed, we’ve got the impression that life in developed industrialized countries has never been safer.

However, with the spread of coronavirus, politics started to turn to their previous discourse; border controls, xenophobia, distrust among countries and fear which comes from outside. We failed to recall that the country has a social responsibility to every citizen. In times of crisis, people look up to their leaders, but when leaders cannot keep back their own panic, the trust and legitimacy of government starts to fall. So, rather evaluating the abilities of a country in an interconnected and interdependent world, it is sometimes necessary to analyze a country’s survival abilities in times of crisis such as these when we get challenged with isolation, financial crisis or even potential conflicts. This thinking is important especially for smaller countries that depend on foreign aid and supply of major producers.

The future for EU

Voices in Italy just began to echo slogans of a European Union that betrayed them. How Italy’s foreign policy will look in the near future is not uncertain anymore. The vision of a free moving European population beyond borders has now been replaced with a closing mindset. Countries of the Western Balkans had the greatest Euro-Atlantic aspiration to become part of the European family, while in Europe, the movements of the far right were already growing and it is also possible that the coronavirus will further influence their growth. We are talking about movements that want to restore borders, keep the immigrants away and get homogenized again.

The coronavirus has increased suspicion among humans. The human egocentric nature has never been more present than when we witnessed how people were carrying more food than needed at grocery stores as they feared that their country may run out of food supplies. It is no longer a matter of expertise to understand the fate of the European Union after this pandemic crisis. Now EU leading countries as Germany and France need to act quickly and carefully in order to avoid an escalation of the European perspective.

The question I often ask in discussions and writing is whether there will be a European Union at a time when Kosovo’s turn has come to become part of the family? Kosovo’s major foreign policy strategy relies on Euro-Atlantic aspirations and its governments were committed to join EU one day. Kosovo is located in Western Balkans and declared independence from Serbia on 2008 with the support of US and EU which continue to play a major role in building democratic institutions in Kosovo. But, as leading politicians in Kosovo were accused for corruption and organized crime, Kosovo made one step back in fulfilling criteria for EU visa liberalization which grants Kosovo citizens the right to move freely across EU. As finally in 2019, when politics in Kosovo started to change and the majority of people voted for a new generation of politicians that were showing a convincing plan to end corruption, develop the economy and strengthen the rule of law, the very first time it looked like people were ready to give up immigrating illegally to Europe and stay to their homeland.

A shifting mentality in state affairs that kicked nepotism out of practice has shown that visa liberalization may not be so far away for its isolated people. The younger generation looked to the future more optimistically. Albin Kurti, as the new Prime Minister of Kosovo who successfully managed to reach a coalition with the second force in the country (LDK) was finally ready to start working. On winning the elections, he received congratulations from many leaders, including the Austrian leader, Sebastian Kurz, who was known for his reservations towards immigrants. With Kurti, Kosovo seemed to be one step closer to EU. Former governments in Kosovo have been criticized for not being fully committed to fighting corruption and strengthen the rule of law. This was the ideal chance for Kosovo’s new government to demonstrate that they can do better in this regard. All of the sudden, while coronavirus proved deadly to people around the world, in Kosovo it was deadly to the new government led by Kurti, which was quickly brought down by a motion of no-confidence vote of disputes over how to respond to the pandemic crisis and the controversy about the 100 percent tariffs imposed on Serbia.

When European ambassadors criticized parties to put politics aside and concentrate on coronavirus, the United States had officially welcomed the formation of a parliamentary session to vote for a motion that would leave Kosovo without a governing force. This happened at a time when social distance was almost mandatory. This rift between the EU and the US on Kosovo had created divided thoughts and heated debates in Kosovo’s public opinion which always thought that Western powers would guarantee its sovereignty, but suddenly faced by the fact that the changing political rhetoric of a Western country can also affect small countries such as Kosovo.

Prominent journalists in Kosovo panicked that US could cool relations with Kosovo, and leave behind a military weak Kosovo that forgot to develop and learn how to protect itself over the years. Now, we can ask the question whether it is a wise strategy for a tiny country to rely its sovereignty on ‘Euro-Atlantism’ while the latter is changing to protectionist rhetoric. Is Kosovo strong enough to withstand any possible threat from Serbia that still considers it an integral part of its own and officially speaks to the Kosovo authorities with contempt and discrimination? Is there any possibility for Kosovo to stand on its own in occasions where it could get abandoned by its allies? Questions like these are unlikely to be answered if we take the international terrain as a garden full flowers and sunshine where everyone wants to live in harmony.

Health ideology returns the character of a state into its classic discourse. While witnessing the dominant roles of multinational giant corporations such as Google and Facebook, it is obvious that in matters of life and death, all companies can contribute beyond profit but cannot guarantee peoples’ lives which depend on salary and work. Coronavirus turned out to be a kind of mirror that gave countries a fragile view of themselves, countries that maybe failed to remind their role on ensuring people’s well-being in situations where companies cannot take responsibilities for them.

Despite the use of this pandemic for political means, solidarity between countries appears to be still present. Coronavirus will define who is going to dominate in global issues of the future. Countries within the EU will surely reflect and reconsider policies following this crisis. In countries where corporations constitute liberal spirit and identity of nations, every means to get out of crisis will be necessary. Whether the political outlook will change globally after coronavirus is almost certain. Finally, it is very important that leaders of world powers show exemplary leadership qualities so that citizens of the world can have at least a good night sleep and not think about uncertainties of tomorrow.