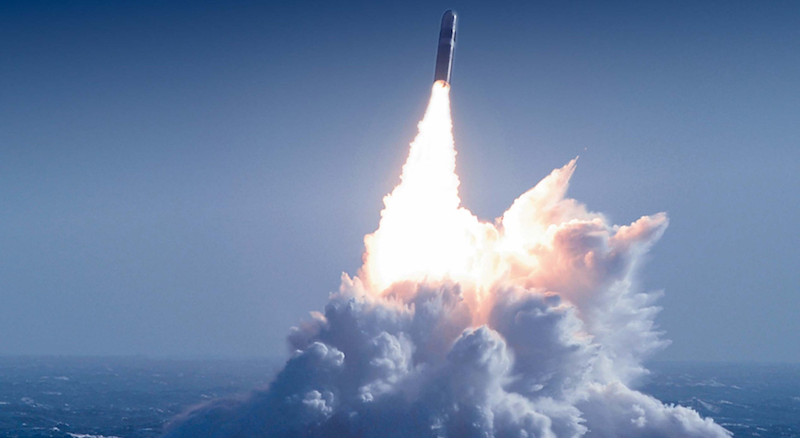 Earlier this year, for the first time, the US Navy fielded a low-yield nuclear warhead on some of its submarine launched ballistic missiles. From the outset, President Trump had called for the US to strengthen its nuclear capability. His administration promoted a Nuclear Posture Review (NPR) in 2018, the fourth since the end of the Cold War, which has incorporated the administration’s “more impulsive and aggressive nuclear notions.”

According to the February 2018 NPR report, countries like Russia believed “that employment of low-yield nuclear weapons will give them an advantage over the United States.” John Rood, Undersecretary of Defence for Policy said in a statement on 4 February that the move provided the US with a “more survivable low-yield strategic weapon” which will demonstrate to potential adversaries that “there is no advantage to limited nuclear employment.”

Contrast this with the developments in India. When the BJP fought the 2014 general elections, there was reference in its election manifesto to the need “to revise and update” the Indian nuclear doctrine. But little came out of it. There was no mention of nuclear issues in the 2019 manifesto. The focus was on terrorism presumably because that could yield electoral payoffs. Yet, in many ways, the Indian dilemma is similar to the one the US confronted, but despite it being around for the better part of this decade, there has been little done to address it.

Over the years, many US nuclear strategists had come to believe that Russia had evolved an “escalate to de-escalate” posture. In other words, to deal with a conventional attack from NATO, Moscow would escalate the conflict by using low-yield nuclear weapons so as to encourage both sides to de-escalate. This was essentially to prevent a US intervention in a European situation, considering that Russia is stronger than all its western neighbours.

The use of the term “strategic” in Rood’s statement is significant, this is not some tactical nuclear weapon, but a low-yield 5-10 kilotonne (kT) device delivered by a strategic missile. The US, of course, possesses thousands of nuclear weapons with yields that are magnitudes greater. The weapon is a version of the W-76 warhead used in existing Trident II missile which has a yield of 100 kT. In this case, according to the US National Nuclear Security Administration (NNSA), the weapon would be configured in such a way that its primary alone detonates, instead of being used to detonate a nuclear fusion secondary stage.

Not all analysts accept the notion that was taken for granted by the NPR that Russia “mistakenly assesses that the threat of nuclear escalation or actual first use of nuclear weapons would serve to ‘de-escalate” a conflict’ in terms favourable to Russia.” Among the prominent scholars who question this thesis is Bruno Tertrais, Deputy Director, Fondation pour la Recherche Strategique (FRS), who says that the American case is based on weak evidence.

For South Asia, the US debate may appear arcane, but it has important implications for us. Whether or not the W-76-2 raises or lowers the nuclear threshold in the US–Russian context may remain a matter of debate, but it has some implications for India. In many ways, the Russian doctrine is following the logic of the Pakistani one — confronted by a conventionally superior adversary, nuclear first use would be to deter a conventional war that it cannot win.

Pakistan’s tactical nuclear weapons, first revealed in 2011, are an example of an “escalate to de-escalate” posture in relation to the Cold Start doctrine. Pakistanis claim that their aim is to deter conflict, not to fight a nuclear war. But unlike Russian policy, which says that it will use nuclear weapons to respond to a nuclear attack, or a conventional attack “that threatens the existence of a state,” Pakistani doctrine is not so clear. It has vehemently refused to commit itself to any No First Use posture, which would imply that it would use its nuclear weapons only if its existence were threatened. Instead its posture, including its development of tactical nuclear weapons, suggest that its policy is aimed at deterring an even limited Indian conventional attack which is more likely than not to be an outcome of a Pakistan-backed terrorist strike in India.

Some have always believed that there is no such thing as a limited nuclear war. At the end of the day, this has to do about doctrines of employment. One of the purposes of a doctrine, which is usually public, is to lay out in clear terms to the adversary, as well as friends, as to the circumstances and manner a country would employ its nuclear arsenal. But while India has provided a rudimentary doctrinal statement, Pakistan believes ambiguity better serves its purposes even though it is clear that it cannot rule out the first use of nuclear weapons.

The Pakistani decision to field tactical nuclear weapons poses a major issue before the Indian nuclear doctrine whose corner stone is No First Use (NFU). The official policy announced through a press release in January 2003 said that India’s retaliation to “a first strike will be massive and designed to inflict unacceptable damage.”

The words “massive retaliation” has usually meant a strike that would destroy a “value” target, usually a city. Many strategic analysts have questioned this posture, arguing credibly that any attacker likely to suffer massive retaliation may well be tempted to strike massively at the outset itself. Then there is the ethical issue of “proportionate response.” Would India be morally justified in destroying a Pakistani city if a 5 kT blast wiped out 100 tanks that had entered Pakistan?

There has been virtually no real discourse on Indian nuclear thinking in recent years, though there have been some declarative statements. There was a cryptic intervention by National Security Advisor Ajit Doval early on in Modi’s first term when he spoke of India shifting its nuclear posture “from credible minimum deterrence to credible deterrence” at the Munich Security Conference in October 2014.

In recent years, the Pakistani doctrine has not really been tested. It has avoided large-scale terror attacks of the 26/11 kind, and confined itself to targeting Indian security forces. India’s military actions therefore have been in the form of some short and swift operations to retaliate against these attacks. These were clearly one-off punitive strikes, and did not pose any wider military danger to Islamabad.

In the run-up to the 2014 election, Narendra Modi had played the responsible leader and dampened down suggestions that his party wanted to abandon the No First Use pledge. In 2019, the mood was different and Modi mocked Pakistan’s nuclear threat and said, “Indian nuclear weapons were not just for Diwali.” A few months later Defence Minister Rajnath Singh said that India’s NFU pledge was not ironclad, and its application depended on “circumstances.” He was repeating a formulation made earlier by his predecessor Manohar Parrikar. But since the Defence Minister is not really in the nuclear loop, no one gave it much attention.

The last time some clarity was provided to India’s nuclear posture was in 2013, when as the Chairman of the National Security Advisory Board, former Foreign Secretary Shyam Saran was tasked to clarify several doctrinal issues arising out of the Pakistani tactical nuclear weapons. In a speech at the Subbu Forum, Saran categorically reaffirmed that regardless of the size of the attack; Indian retaliation would be “massive.” Further, he added, India would not be taken in by the labeling of weapons as “strategic” or “tactical.”

But this nomenclature statement did not really address the conundrum that India continues to confront with regard to Pakistan’s tactical nuclear weapons. Pakistan has adopted an “escalate to de-escalate” posture, and India has no real answers to dealing with it. This severely hinders our deterrence posture.

New Delhi realistically has two options. It can also develop low-yield nuclear weapons and make it clear that it will respond in a flexible manner to a Pakistani strike. This will come with the attendant danger of escalation to full-scale nuclear war that no one will win.

The other option is to isolate the nuclear issue and undertake a back-channel dialogue with Islamabad over the same, seeking clarity on Pakistan’s doctrine with the goal of reducing the risk of nuclear conflict. The problem, we well know, is that Islamabad has used its nuclear capability as a shield to prevent wider Indian retaliation against its proxy war. As long as this remains a factor, South Asia has no alternative, but to live dangerously.