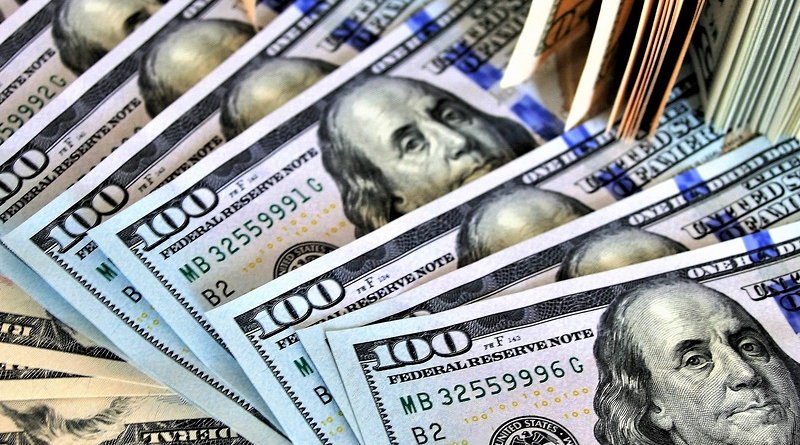 Let’s be clear: we knew, or should have known, that something like COVID-19 was going to happen.

I don’t mean that we should have expected a pandemic, although public health experts have been warning about the likelihood of such an event for years. What I mean is that we should have known that sooner or later — and probably sooner rather than later — we would face an adverse economic shock that conventional monetary policy couldn’t offset. As I liked to put it, I didn’t know when we’d hit the next major bump in the road, but when it did come, we’d discover that our shock absorbers were shot.

So now we’ve hit that bump, taking the form of a pandemic, and policymakers are frantically trying to come up with a policy response. I will not, however, weigh in on immediate measures, except to say that the case for fiscal stimulus is overwhelming.

What I want to propose, instead, is a long-term policy that will make it easier to handle future bumps in the road. I’ll make the recommendation for the US, but similar logic applies to the advanced world as a whole.

Let me explain why this would be a prudent and productive thing to do.

A dozen years after the global financial crisis, we’re still living in a world of very low interest rates. At this point it’s clear that low rates are the new normal; that is, we’re in an era of secular stagnation.

Larry Summers gave his seminal speech reviving concerns about secular stagnation back in 2013, yet even now many people seem confused about the concept. It doesn’t mean that the economy never grows, or even that it’s always depressed. It means, instead, that on average the ‘natural’ interest rate — the rate consistent with full employment — is very low. There can still be periods of full employment, when a bubble or a wave of technologically driven investment temporarily lifts the economy. But much of the time private demand is depressed enough that even a zero interest rate is insufficient to eliminate the output gap.

Figure 1 illustrates the point schematically. The curve labeled “without stimulus” shows a hypothetical course over time of the output gap that would prevail at a zero policy rate. Of course, policy rates wouldn’t always be zero; during good times, when the curve rises above zero, the central bank might raise rates and trim the peaks. But during bad times, conventional monetary policy would become impotent.

And these bad times appear likely to be common, indeed almost the norm. The US was in a liquidity trap for eight of the past 12 years; Europe and Japan are still there, and the market now appears to believe that something like this is the new normal.

So what do we do?

For now, we respond with a combination of unconventional monetary policy and, maybe, fiscal stimulus. But there are real doubts about the efficacy of unconventional policy and its longer-run implications. Meanwhile, the need to act quickly, even if we do act — and what we’ve seen of the politics of stimulus isn’t encouraging — limits the form of fiscal stimulus. There’s an overwhelming case that stimulus take the form of public investment, in both physical and human capital, given low interest rates and the clear need for better infrastructure, childhood health and nutrition, and more. But such investment can’t be ramped up rapidly.

So my proposal is that we undertake large, deficit-financed public investment on a continuing basis.

The upper curve in Figure 1 illustrates what this would do. It would reduce both the duration and the depth of zero lower bound (ZLB) episodes, and ensure both that we do in fact get economic support from fiscal stimulus and that this stimulus is productive. Deficit-financed public investment might lead to some crowding out of private investment during better periods, but as Olivier Blanchard argued in his 2019 presidential address to the AEA, low interest rates suggest that the rate of return on private investment is low, so this isn’t a major concern.

The obvious objection to a policy of permanent stimulus is that it will add to public debt — and not that long ago, policymakers were obsessed, or claimed to be obsessed, with the dangers posed by high ratios of debt to GDP.

But those concerns were misplaced, and a look at the arithmetic of debt in an era of low interest rates suggests that permanent stimulus is entirely doable.

Let’s consider a stylised, round-number economy that I’ll call “America.” This economy currently has public debt equal to 100% of GDP. It can expect, on average, to experience nominal GDP growth of 4% a year – half real, half inflation. It can also expect, on average, to pay an interest rate of 2% on its debt. The actual numbers don’t match my example exactly — right now, growth prospects may be a bit worse than that, but interest rates are even lower. But I think this is close enough to make my point.

In the long run, fiscal policy is sustainable if it stabilises the ratio of debt to GDP. Because interest rates are below the growth rate, our hypothetical economy can in fact stabilise the debt ratio while running persistent primary deficits (deficits not including interest payments.)

Let d be the ratio of debt to GDP, b be the primary balance as a share of GDP, r and g be the interest and growth rates, respectively. Then the equation for debt dynamics is:

So in my hypothetical case, where d = 1 (debt is 100% of GDP), the debt ratio can be stabilised while running a primary deficit of 2% of GDP.

Put the interest payments back in, and this translates to a headline deficit of 4% of GDP. Our actual deficit is a bit bigger than that, but we could get back into that range by repealing Trump’s corporate tax cuts, which don’t seem to be doing anything for investment anyway.

OK, now let’s introduce a public investment programme of 2% of GDP, with no pay-fors. The debt ratio will now begin to rise, but not without limit. If nothing else changes, d will eventually stabilise at 2 — debt at 200% of GDP.

That’s terrible, right? Um, why? Don’t tell me about the burden of paying interest on the debt — that’s already taken into account by the calculation. Maybe we’d have a debt crisis, but Japan has debt exceeding 200% of GDP, with no crisis in sight.

Also, ‘eventually’ would be a long time. That little debt-dynamics equation has a convergence rate of .02, hence a half-life of 35 years. In other words, my permanent stimulus plan would raise the debt/GDP ratio to only 150% by the year 2055. That’s a level the UK has exceeded for much of its modern history.

And even 35 years is probably too long a time horizon; who knows what the world will look like that far ahead? I think a 20-year programme of public investment would count as ‘permanent’ in most peoples’ eyes. And an ‘excess’ primary deficit of 2% of GDP for 20 years would only cause the debt ratio to rise from 100 to 133% of GDP, not at all an alarming number by historical standards.

By the way, if anyone is wondering why the rise in the debt ratio would be less than the cumulative deficit spending, it’s because with interest rates below growth rates we experience the opposite of a debt spiral: instead of snowballing because higher interest rates mean bigger deficits, the debt ratio tends to ‘melt’ because higher debt means faster erosion of the ratio by growth.

OK, there is a valid objection to my argument: I’ve just implicitly assumed that permanent fiscal stimulus wouldn’t raise the interest rate, and that’s not a safe assumption. For one thing, ZLB episodes would probably be fewer and shorter than otherwise. Also, the Fed would probably raise rates a bit further than it would have otherwise during those periods when the economy isn’t in a liquidity trap.

But there would also be offsetting factors.

Based on the experience of the past decade, the multiplier would probably be around 1.5, meaning 3% higher GDP in bad times — and considerable additional revenue from that higher level of GDP. Permanent fiscal stimulus wouldn’t pay for itself, but it would pay for part of itself.

This is obviously true for physical infrastructure and R&D, but there is also strong evidence that safety-net programmes for children make them healthier, more productive adults, which also helps offset their direct fiscal cost (Hoynes and Whitmore Schanzenbach 2018).

Again, by avoiding these effects a sustained fiscal stimulus would partially pay for itself.

Put these things together and they probably outweigh any fiscal effect due to stimulus raising interest rates.

And here’s the thing: because a debt crisis doesn’t seem at all imminent, there will be plenty of time to reconsider if the arithmetic of infrastructure spending doesn’t turn out as favourable as I expect it will. If secular stagnation looks like less of a problem at some future date — say, during Alexandria Ocasio-Cortez’s second term in the White House — we can rethink permanent stimulus then.

Some readers may have noticed that what I’m proposing — a sustained programme of deficit-financed public investment, through good times and bad — sounds quite a lot like Japan’s policies since the mid-1990s. What can we learn from Japan’s experience?

Let’s note at the outset that Japan’s debt dynamics are much less favourable than those likely to prevail in the US, for two reasons.

As a result, Japan’s nominal GDP has barely increased over time, with an annual growth rate of only 0.4% since 1995. Meanwhile, interest rates have been constrained on the downside by the zero lower bound, so Japan has spent most of the past generation with r-g near zero, rather than the -.02 I’ve argued is reasonable for the US. This in turn means that Japan’s debt ratio has risen more rapidly than we should expect for America.

Even so, however, Japan still faces no hint of a debt crisis.

And Japan’s policy of permanent stimulus has surely contributed to the nation’s ability to maintain more or less full employment despite the weakness of private demand. Japan has at no point experienced the kind of mass unemployment and suffering that North America and Europe experienced for years after the 2008 crisis, and may be about to suffer again.

In other words, at this point Japan doesn’t look like a cautionary tale; it almost looks like a role model. I’ve suggested, only semi-facetiously, that Western economists like Ben Bernanke, Lars Svensson, and yours truly who were highly critical of Japanese policy circa 2000 make a formal apology. We’ve handled Japan-type problems far worse than they have.

Which brings me back to my original point: there’s a very good case for putting a sustained, productive program of stimulus in place as soon as possible, instead of scrambling to come up with short-term measures every time bad things happen. Because everything we see now says that bad times will be a very frequent occurrence.