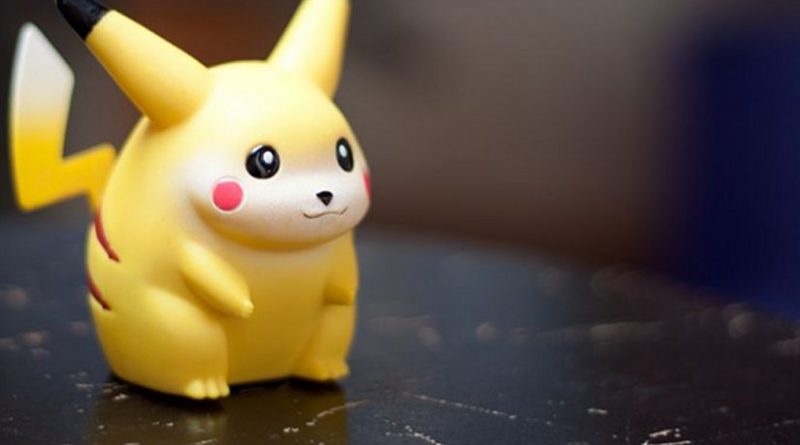 Someone screamed this outside of Fr. Ryan Kaup’s rectory window the other night, waking him up at 12:30 a.m.

That’s because Fr. Kaup’s parish, Cristo Rey in Lincoln, Neb., is a Pokestop.

What’s a Pokestop, you say? It’s part of Pokémon Go, the newest app craze released last week by Niantic Labs. The app – part geocaching, part exercise-tracking, part game – takes users through their real-life neighborhoods in order to “catch them all”. It’s become so popular that just two days after its release last Thursday, the time people spent on the game surpassed time spent on other popular apps like Whatsapp, Snapchat and Instagram.

Points, prizes and levels are gained by catching Pokémon and by going to Pokestops – tagged locations in the real world where users can stock up on gear and points for the game.

And many of those stops, it turns out, are located at churches.

The reason for this? Niantic Labs was once part of Google, and their founder and CEO once worked on the technology that powers Google Maps. That technology was used in Ingress, a geolocation game similar to Pokemon Go. The locations that appear in the game are either famous landmarks, locations based on geo-tagged photos from Google, or locations that were submitted as suggestions by players. Pokemon Go is currently not accepting Pokestop location applications.

Still, the phenomenon has some pastors and youth ministers, who are experiencing increased foot and road traffic to their churches, wondering how they can harness the popularity of the game for the good of the Gospel.

“I figured out I lived at a Pokéstop when I downloaded the game,” Fr. Kaup told CNA.

“I heard a bunch of kids in the parish talking about the game after Mass, rejoicing in the fact that they had caught a Charmanderzar in the parish hall. After that I had to check it out,” he said.

Fr. Kaup’s parish is located in a residential neighborhood, a bit off the path, so it’s not one that people typically stumble upon. But since the breakout of Pokémon Go, Father said he’s noticed several cars slow down as they go by, or pull up into the parking lot for a few minutes to gather their Pokéballs.

He said he explained the game to his secretary, and told her to expect to see some increased traffic around the parish in the coming days and weeks as the game picks up.

“I told her that it’s a great opportunity to engage them and invite them in to pray,” he said.

He’s also wondering how he can make his Pokéstop parish more inviting.

“Anytime we have an encounter with another human being it is an opportunity for evangelization,” he said. “Cristo Rey being a Pokéstop brings people to our doors who never would have come otherwise…I’m toying with the idea of putting up a sign outside that says ‘Pokéstop. Come in and say hello!’ or something along those lines. Any chance we get to share the Gospel is a good thing.”

Some Catholics who have used the app said it’s simply a good tool to meet other people in an organic way.

Allan Phan, a seminarian at St. Charles Borromeo who is teaching summer catechesis with Totus Tuus this summer, said the game has helped his team bond with each other and with people they’ve encountered.

“It can be a good tool to spark a conversation and start a relationship with another human being,” he told CNA.

Craig de Aragón, a Catholic who works as the assistant director for a group of radio stations in Denver, told CNA that whether at a church or elsewhere, the game is a good chance for people to connect.

“I think Pokemon Go has the potential to connect people. Whether at churches or any random Pokéstop, it’s on us Catholics to connect and reach out to others.”

The Wardrobe Door, a Christian blog out of Tennessee, even has eight tips for churches that want to capitalize for the Kingdom using their Pokéstops , including putting out signs and having greeters, drinks and snacks available for whoever Poké-stops by.

Time will tell how long the game craze will last, but until then, if you see someone wandering around your parish parking lot with a phone in their face, you might want to ask them if they’re hunting some Pokémon.