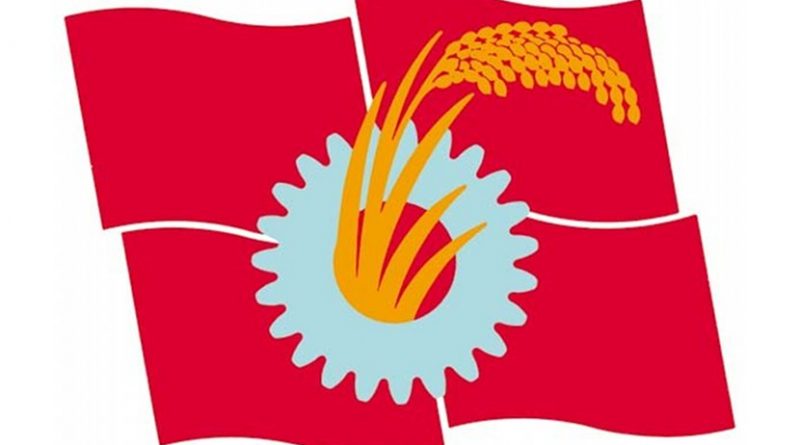 Kyoto is a city that teems with its history. Castles and palaces from the feudal Tokugawa shogunate rub shoulders with the modern steel and glass buildings of Japanese capitalism. It is impossible to digest the stereotype of the Japanese people as obedient or docile. This city’s history proves the opposite. The city was largely destroyed at least twice – once during the Onin War of 1467-77 and then during the Hamaguri rebellion of 1864. It was almost destroyed a third time, when the United States considered it as the second target – after Hiroshima – for an atom bomb. Consideration for the historical buildings – rather than the people of Kyoto – led the United States to turn their bomb on Nagasaki.

Not far from the Nijo Castle, a UNESCO World Heritage Site, is a nondescript office building that houses the headquarters of the Japanese Communist Party (JCP) for the Kyoto Prefecture. Yoshimichi Sakakibara – known as Bara – has been in the party for fifty years. He joined the party, he tells me, when he was a student in Kyoto. The colleges, in the 1970s, were dominated by the Communist student groups. This is what drew him first to the party’s student groups, then to the Young Communist League and then eventually to the JCP. He has been a full-time worker for the party for the entirely of his life. There is nothing docile about the Japanese communists.

Bara joined the JCP around the time that its fortune began to wane in the city. It did not bother him. He joined the party to fight on behalf of the oppressed, he says. He has, in these five decades, been involved in a range of struggles – from fighting for workers in unions, for fighting for peasants against land theft and environmental destruction, for fighting against imperialism and the danger of annihilation through nuclear weapons and nuclear power. Bara has been in every struggle. He has a smile on his face. It suggests his energy to continue the fight.

From 1950 to 1978, the governor of Kyoto Prefecture had been Torazo Ninagawa, a hugely popular Communist leader. Ninagawa was a champion of workers and peasants, but also of the small business and artisan class. He had also – very early – adopted what might be called an environmental policy, based on the reality that Japanese monopoly firms were destroying the very beautiful environment of Japan. In 1974, for instance, Ninagawa’s campaign included a theatre troupe. Between acts, one of the performers would give short speeches, such as: ‘Look at this beautiful river. It is a river fit for fish to swim in. Think of the contrast with Osaka. In Osaka, any fish that has the misfortune to find its way into a river promptly dies from water pollution’.

Ninagawa’s tenure in Kyoto paralleled that of Kenji Miyamoto in Tokyo. Miyamoto led the JCP from 1958 to 1977. Founded in 1922, the JCP struggled to develop its independent line, to understand Japanese society and history based on a Marxist assessment and to develop the necessary strategy and tactics to overcome capitalism in Japan. Miyamoto joined the JCP in 1931, but – like many of his comrades – was arrested two years later and then spent the next twelve years in prison. Japan’s state had no tolerance for communists, socialists or even – in some cases – liberals. It was a hard state, a state of war and money. There was no room for concepts such as social justice.

When Japan lost the war in 1945 and came under US occupation, the Communists were released from prison. Some had spent two decades behind bars. One of the original founders of the JCP (and of the Communist Party of Great Britain, as it happened) had spent the war with the Chinese Communists, trying to recruit Japanese soldiers. This was Nosaka Sanzo.

Nosaka Sanzo returned to Japan in 1945 along with hundreds of exiled comrades and tried to revive the JCP. It was not an easy task. Disorientation under US occupation pushed the party leftwards and then rightwards. In the 1949 election, as a consequence of a mass contact campaign, the party won three million votes (10% of the national vote) and took 35 seats in the parliament. But shortly afterwards, a more militant line led to the dissipation of these gains. It was not an easy period, unclear whether to operate within a political system rigged in favour of the bourgeoise or to move to overthrow that system itself.

Miyamoto was one of those who first argued for a more militant line, but then, as a consequence of the repression visited upon the party by the Japanese state apparatus and the US occupation authorities, he fought to modulate the line. The JCP, from the mid-1950s, then, argued for an independent position from the USSR, for the need to fight for a more democratic polity and for the need to build its mass base above all else. By the time Bara joined the movement in Kyoto, the party had more active party members and more active members of front organisations than any other party in Japan – including the ruling parties. To translate this activity into political power remains a serious dilemma for the JCP.

In Kyoto, Bara tells me, one emblematic struggle was the fight to prevent the construction of a golf course on the Daimonjiyama, a mountain key to the culture of Kyoto. In 1988, a developer, with close ties to the political leadership, made plans for this golf course. The Japanese Communist Party and various citizen’s groups joined together to oppose this plan. The JCP’s candidate for mayor at that time almost beat the conservative mayor Tanabe Tomoyuki. The developer had to withdraw the project. In 1993, as a consequence of this struggle, the city imposed a ban on golf courses on the hills around Kyoto. The JCP rooted itself in struggles to preserve the character of the city. ‘Some people are trying to make Kyoto like Osaka or Tokyo, cities we call towns of iron and concrete’, said Kinya Sasai of the JCP.

The lesson of these struggles was clear. The JCP had to link itself to citizen’s groups. It had to become part of these groups. JCP members joined these groups and attempted to expand their influence and their vitality. Working with concerned citizens allowed the JCP to widen the range of its work to expand the rights of people and to create a better quality of life for the people of the city.

A more recent example of the unity between the JCP and the citizen’s groups has been the fight against the Kansai Electric Company’s expansion of nuclear power plants in nearby Fukui prefecture. Bara recounts how in 2012, the party and the citizen’s groups surrounded the Kansai offices in Kyoto each Friday evening to protest nuclear power. Their activists in nearby Fukui would gather outside the gates of the Takahama Nuclear Plant and the Oi Nuclear Power Plant. It has made an impact on Kyoto’s political culture. There is now a clear majority of the population against nuclear power.

As I walk away from the JCP building, through a nearby market, I see a poster for the election campaign for Akiko Kurabayashi of the JCP. A nurse, Kurabayashi is now a member of Japan’s House of Councillors (the National Diet). She has been a parliamentarian since 2013, one of fourteen JCP members in a House of 242 (the JCP won over 10% of the vote, namely 6 million votes). There are posters of her everywhere in the city.