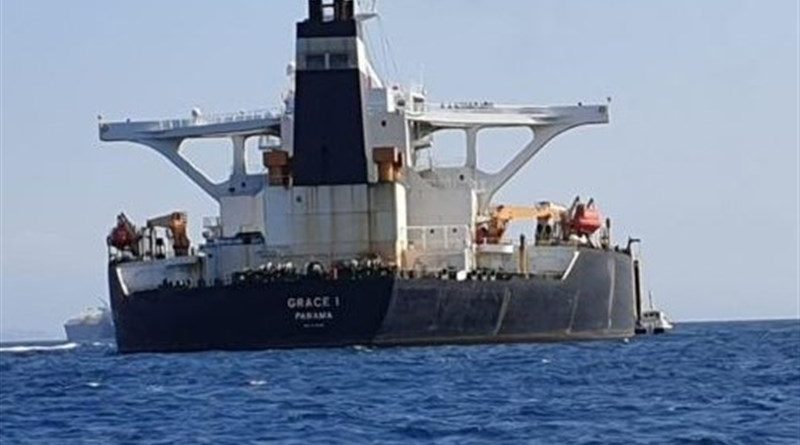 On Wednesday the commercial vessel British Heritage was passing through the Strait of Hormuz when three Iranian boats attempted to impede the British oil tanker, thus creating a crisis between Iran and the United Kingdom and deepening tensions in the vital shipping zone.

The latest series incidents has sent tensions between Iran and the US soaring. It also comes after the UK seizure of an Iranian oil tanker, for which Tehran has threatened retaliation. The next day the Ministry of Defense statement said, “Contrary to international law, three Iranian vessels attempted to impede the passage of a commercial vessel, British Heritage, through the Strait of Hormuz.”

On the other side, Iran has rejected the claims and the Iran’s Islamic Revolutionary Guard Corp (IRGC) also issued a statement denying involvement. Then, the Foreign Minister Javad Zarif called the British allegations “worthless” in remarks to the semi-official Fars news agency.

A spokesperson for US central command, Captain Bill Urban, said, “We are aware of the reports of Islamic Revolutionary Guard Corp Navy’s FAC/FIAC harassment and attempts to interfere with the passage of the UK-flagged merchant vessel British Heritage today near the strait of Hormuz.”

CNN reported that a US surveillance aircraft recorded video of the incident. they mentioned the HMS Montrose, which was escorting the oil tanker, trained its guns on the IRGC boats and issued a verbal warning. No shots were fired.

At the same time Iran’s President Hassan Rouhani warned the UK it would face unspecified consequences as a result of the UK’s seizure of the Grace 1 oil tanker that was bound for Syria.

We are waiting for the coming period. What is happening with Iran?