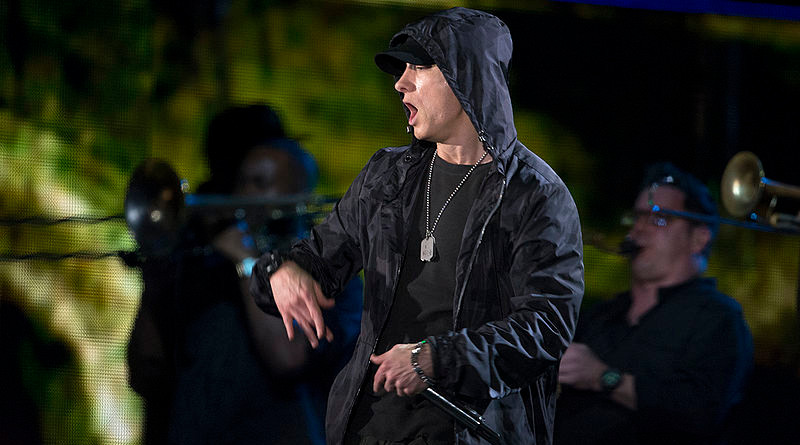 Eminem performs at the Concert for Valor in Washington, D.C. in 2014. Photo Credit: DoD News photo by EJ Hersom

Rap artist Eminem has entered the debate about face masks in a collaboration with Kid Cudi, tackling an issue that is the subject of fierce disagreement in many countries, The Guardian reports.

The single, “The Adventures of Moon Man and Slim Shady”, is the first time the two rappers have joined forces. They reflect on rehab and recovery as well as current events including police brutality and the coronavirus pandemic.

On the song, Eminem raps: “Bunch of halfwits up in office. Half of us walking around like a zombie apocalypse. Other half are just pissed off and don’t want to wear a mask and they’re just scoffin’. And that’s how you end up catchin’ the shit off ’em.

“I just used the same basket as you shoppin’, now I’m in a XXXXXX’ casket from you coughin’.”

The track also refers to the deaths of George Floyd, who was killed by a white police officer who knelt on his neck for nine minutes, and Ahmaud Arbery, who was shot and killed in February while out jogging.