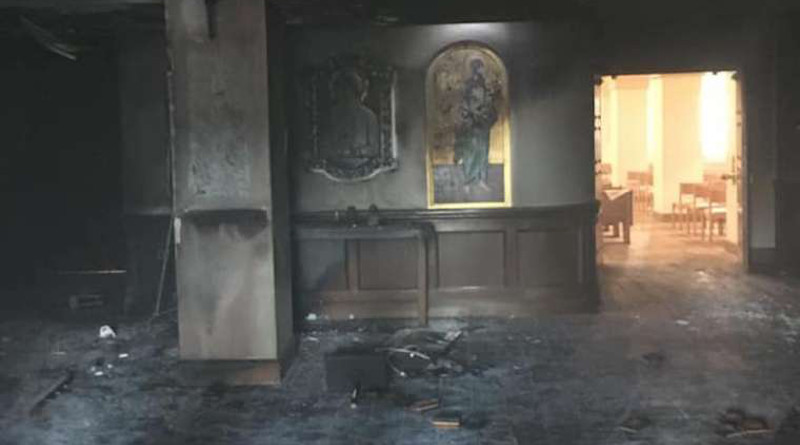 A Florida man lit a Catholic Church aflame on Saturday, while people inside prepared for morning Mass.

The Marion County Sheriff’s Office reported July 11 that deputies were called at about 7:30 am to Queen of Peace Catholic Church in Ocala, while parishioners inside prepared for morning Mass.

A man crashed a minivan through the front door of the church, and then lit a fire with people inside, the sheriff’s department said. One local media outlet, Orlando News 6, reported that man set the building ablaze by throwing an incendiary device.

The sheriff’s office said the man led officers on a vehicle chase and was eventually apprehended. The arsonist’s name has not been released, and charges have not yet been filed, but local media report that the federal Bureau of Alcohol, Tobacco, and Firearms is assisting in the investigation.

“We praise God that no one was injured. We join in prayer for Father O’Doherty, the parishioners of Queen of Peace Catholic Church, our first responders and the gentleman who caused this damage. May we come to know the Peace of the Lord,” the Orlando diocese told CNA Saturday afternoon.

“Masses will resume as normal in the parish hall beginning this evening,” the diocese added.

The church is one of few in central Florida to offer the extraordinary form of the Mass, otherwise known as the Traditional Latin Mass, which is celebrated weekly by a priest of the Priestly Fraternity of St. Peter who drives to Ocala from a church in Sarasota.

The fire came at almost the same time that outside of Los Angeles, a mission church founded by St. Junipero Serra caught fire and was structurally destroyed.