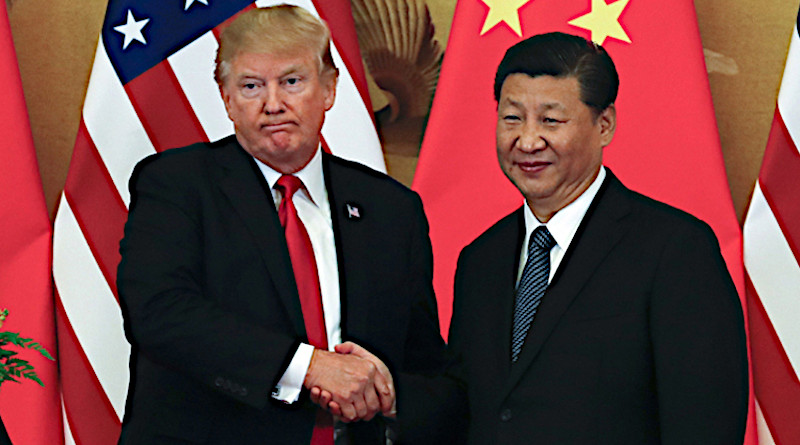 America is hurtling from one crisis to another even as the Presidential polls in November come closer with each passing day. There is a sense of fragility in the air which underscores the deep social and political divisions in the country. From the Covid-19 pandemic to the violence in the aftermath of George Floyd’s death last month, the US seems remarkably unprepared to measure up to the scale of challenges facing a nation that has long prided itself on being a beacon of freedom and democracy for the world at large. And a time when it was most needed, political leadership in the country is missing in action.

It is against this tumultuous backdrop that the US is preparing to move into the final phase of a rather subdued electoral cycle. The shaping of the narratives is well underway and political affiliation is determining which narrative you want to buy into. One the one hand, liberals have argued that the mishandling of the coronavirus and race riots makes Trump extremely vulnerable vis-à-vis his Democratic Party adversary, Joe Biden. One the other, conservatives are pointing out that a racially polarized and radicalized electorate will lead to a consolidation of white voters in the mid-western states behind Trump, easing his re-election chances. Joe Biden himself had created a flutter when he said in an interview on a popular African American radio show that “if you have a problem figuring out whether you’re for me or Trump, then you ain’t black.”

For Trump, from the beginning of this year as the Covid-19 pandemic started rearing its head, it had been a challenge to shift the discussion away from his own administrative lapses. The US emerged as the global leader when it came to the number of deaths and infections due to coronavirus and there was a sense both in the US and around the world that Trump Administration’s handling of this crisis did not quite match its severity. For Trump, this was a huge problem as it exposed all his frailties as a leader like no other past crisis. In the past, he could deflect attention and mobilise his base by targeting his opponents – the Democrats, the media, the wider liberal eco system. But the coronavirus laid bare his governance failures precisely at a time when the nation was beginning to look seriously at the next election cycle.

And so emerged the China factor. In more ways than one, the 2020 Presidential election scene has been quite unique so far in that a foreign policy issue has been dominating the discourse. Despite American global dominance, its electoral cycle tends to be extremely insular with the political parties fighting primarily on domestic issues. But in these elections, Trump has made China a significant issue in its own right. Though he has been extremely tough on China all through his tenure and unlike his mercurial temperament has shown a remarkable consistency when it has come to mobilizing American domestic opinion against China. In many ways, his China policy perhaps will be his most lasting legacy in the policy domain.

But once he recognized the challenge he was facing in managing the Covid-19 pandemic, he hardened his stance on China and ramped up pressure on multiple fronts. From trade and technology to multilateral institutions and Hong Kong, the world’s two largest economies are facing off each other across several fronts. After celebrating the signing of the trade deal with China in January which Trump had dubbed as a significant move toward creating a fairer and reciprocal partnership, he ended up feeling “differently” about the deal by May, arguing that “very disappointing thing happened with China because the plague flowed in and that wasn’t supposed to happen and it could have been stopped.” The Trump Administration has been hammering away the point that China’s information suppression and mendacity resulted in a world unable to tackle the lethality and contagiousness of the virus, which originated in Wuhan, capital of China’s Hubei province.

After some initial reluctance, Trump has also not been shy of targeting Chinese President Xi Jinping directly as being behind a “disinformation and propaganda attack on the United States and Europe. More significantly, he has suggested that China was “desperate” to have former Vice President Joe Biden, the presumptive Democratic nominee, win the presidential race. Trump terminated his country’s relationship with the World Health Organization (WHO) after blaming China for having “total control over the World Health Organization.” In a move aimed at China, he has made it clear that he is keen to expand G7 to include India, Russia, South Korea and Australia. And retaliating against the new security law being pushed by China in Hong Kong, Trump promptly announced that he no longer considered Hong Kong to be separate from China, leading to an end to the preferential treatment for Hong Kong in trade and travel. More recently, the US has decided to bar Chinese passenger carriers from flying to the United States from mid-June in an attempt to pressurise Beijing to allow US air carriers to resume flights.

Amidst all this China targeting, Trump’s former National Security Adviser, John Bolton’s new memoir has revealed that Trump was keen to convince Chinese President Xi Jinping to buy US agriculture products in order to help his re-election campaign, even as he seemingly approved of China’s plan to build forced-labour camps for its Muslim Uighur minority. For a President who is trying to project his toughness towards China, this might be damaging revelations.

The last few months have been quite extraordinary as tensions between the US and China have been ratcheting up. Trump has made China a major factor in the Presidential elections, hoping to rally his base around his platform and making it difficult for Biden to look weak on China. As the debate on Trump’s domestic priorities further intensifies in the coming months, it would be rather interesting to watch how far the China factor continues to have a role in the ongoing political tussle between the two Presidential contenders.

This article originally appeared in The Telegraph.

Home » The China Factor In The US Elections – Analysis