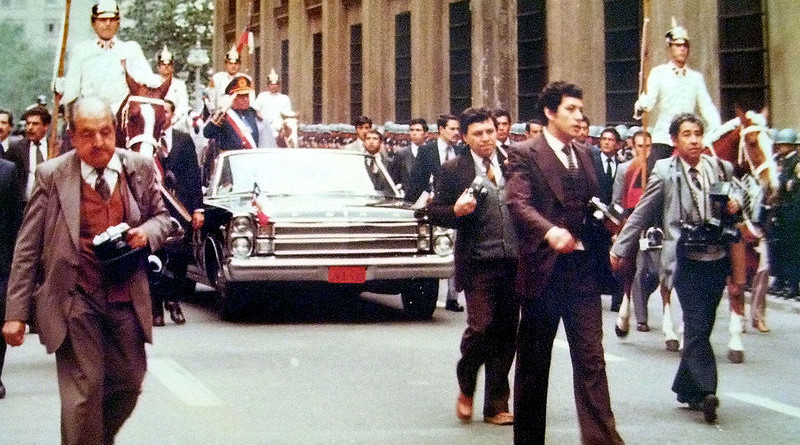 In the film “The man who shot Liberty Valance” (1962), Senator Ranson Stoddard (James Stewart) returns to the town of Shinbone for the funeral of a local drunk, former gunman Tom Doniphon (John Wayne). Interviewed by a reporter who wants to know why a powerful senator visits a lost town in the Wild West for this burial, the politician informed that his career as a senator was leveraged because, when facing a violent bandit many years before, he managed, despite his inability with weapons to defeat him. It turns out that the thief Liberty Valance (Lee Marvin), the thug of the film’s title, was actually shot by Doniphon, who preferred to remain anonymous. This choice defined the future of the senator for fame and for the political career and was determinant for the choice of Hallie Stoddard (Vera Miles), woman loved by both, to marry the future senator. At the end of the interview, the reporter tears up his notes and says to the senator: “This is the West, sir. When the legend becomes fact, print the legend.”

Although this story has its attractions, including this phrase being cited as one of the 100 most emblematic of American cinema, the construction of narratives are not always correct and reputations are often destroyed by malicious or misguided constructions.

My intention is to discuss in this short note the narrative of the relationship between economist Milton Friedman, one of the icons of thought in the world economy in the 20th century and the dictator Augusto Pinochet, sadly named in history for the bloodiness of his government in Chile.

General Augusto Pinochet (1915–2006) led a coup d’état against Chilean President Salvador Allende on September 11, 1973. The president committed suicide after resisting the armed attack on the government palace for a few hours. This process resulted in a bloody dictatorship that lasted 17 years, with an estimated balance of more than 5,000 deaths and more than 40,000 exiles. The Chilean dictatorial regime was so arbitrary and bold in its intolerance, that Allende’s former chancellor, Orlando Letelier, who was in exile in the USA, was assassinated (1976) with a bomb attack in Washington near the White House.

When the dictatorship was no longer supported, Pinochet even created a life-long senator position for himself. He ended up being arrested in London for various crimes against humanity and corruption, but ended up released for alleged bad health (apparently a farce was conducted to free him) having died in Chile at the age of 91.

Milton Friedman (1912–2006) was the twelfth Nobel laureate in Economics (1976) being considered one of the most influential economic thinkers of 20th century, as a defender of liberal thought (in his time this school of thought was called Monetarist). Although he is abhorred by left-wing thinkers, Friedman has always embraced libertarian theses such as minimum income and the liberalization of drug use. He defended controversial ideas like those elaborated in his book The Methodology of positive economics, where he minimized the importance of theories to explain scientific phenomena. In the book Friedman argued that what really matters are the results and accuracy of predictions that a theory can bring, jokingly creating the mental image that a billiard player could use trigonometric equations to design his moves, but what really matters is the accuracy of his shots. Other works were considered emblematic such as A theory of consumption function (1957) and Capitalism and freedom(1962). The principles that guided the work of Milton Friedman were personal freedom, private property, free market performance and freedom of political choices.

In 2009, an article with a review of his main works entitled The age of Milton Friedman was published in the Journal of Economic Literature, by Harvard professor Andrei Schleifer, where the author ties together different advances in society as connected to the uncompromising defense of political and economic freedom, that happened in a contemporary way to the most productive years of Milton Friedman. The article lists the advance of democracy in the world, the increase in life expectancy and the reduction of poverty. It also records its contribution to the governments of Margareth Thatcher, Ronald Reagan and Deng Xiao Ping.

Although this career is unquestionable in his intellectual development (even if one may disagree with some of his theses), Milton Friedman was marked by a narrative that associates his name with the dictator Pinochet and the so-called Chicago Boys that he supposedly endured for the liberalizing reforms that took place in Chile during the military dictatorship.

In 1955, professors Theodore Shultz, Earl J. Hamilton, Arnold Harberger and Simon Rottenberg visited the Catholic University of Chile trying to develop partnerships and international cooperation agreements. As a result of this visit, a cooperation agreement was signed between the University of Chicago and the Chilean government’s Inter-American Affairs Directorate coordinated by economist Albion Paterson. The agreement started in 1956 and lasted until 1961, with 30 scholarship holders in master’s and doctoral programs at the University of Chicago. Fifteen of these fellows have had outstanding performance in academic and business careers and 8 have held positions of Minister of State in Chile (most of them Ministries of Economy and Finance).

The great part of the cooperation agreement was developed by Prof. Arnold Harberger, probably because of his affinity for his marriage to a young Chilean woman. In practice, Arnold was the mentor of the “Chicagos Boys”, as the scholarship recipients of that program with the University of Chicago were called. It is worth highlighting the role of Friedman, which may have influenced the economic thinking of these young Chileans as a teacher, but had no influence on the conception of the military coup that came to pass more than 10 years after the cooperation agreement was closed.

The group of liberal economists who prepared to take control of a more liberal economy as a result of the idea of military coup was in course, was coordinated by Roberto Kelly Vasquez, a Chilean navy officer who came to be Pinochet’s minister of planning. Kelly coordinated the elaboration of a set of economic theses for the restructuring of the Chilean economy after the 1973 coup. This set of economic theses was called “El Ladrilho”. Prioritized cuts in public spending, privatizations and deregulation of financial markets

In 1975 on a 6-day trip to Chile with Prof. Arnold Harberger, Milton Friedman had an agenda full of lectures and seminars at various educational institutions. On that occasion, he had a single meeting with Dictator Augusto Pinochet together with Professor Arnold and several other Chilean teachers. The meeting lasted 45 minutes. In his lectures in Chile Friedman commented on the fragility of political freedom in Chile and discussed the paradox of how economic freedom would be possible if there were no political freedom. He refused 2 honorary doctorate degrees from Chilean universities because he thought that if he accepted the honors, he could be interpreted as a supporter of the Chilean dictatorship.

Professor Friedman faced protests at the University of Chicago itself and for many years in his multiple lectures and participation in economics seminars he had to enter the auditoriums through private entrances to avoid conflicts with protests. Professor Friedman always considered these criticisms hypocritical and baseless, but of course they hurt him. There is evidence that his nomination for the Nobel Prize in Economic Sciences could even have been awarded a few years earlier, with the Swedish Academy of Science Award Committee honoring Alfred Nobel hesitated with a presumption of political repercussion.

This whole narrative of an undue commitment to the authoritarian regime in Chile occurred through the work and grace of his performance as a teacher and intellectual mentor of economic ideas that primarily defended freedom. Perhaps for this reason Milton Friedman once wrote to a friend: I have always felt that understatement is more effective than overstatement.

Like the film directed by John Ford, narrative can be instrumental in a person’s life for good and evil. Simple people like the character in the film, real people and even Nobel laureates can be affected by the way their story is recorded, does not matter this happens for political reasons or by mere ignorance.

Home » The Economist And The Dictator – OpEd