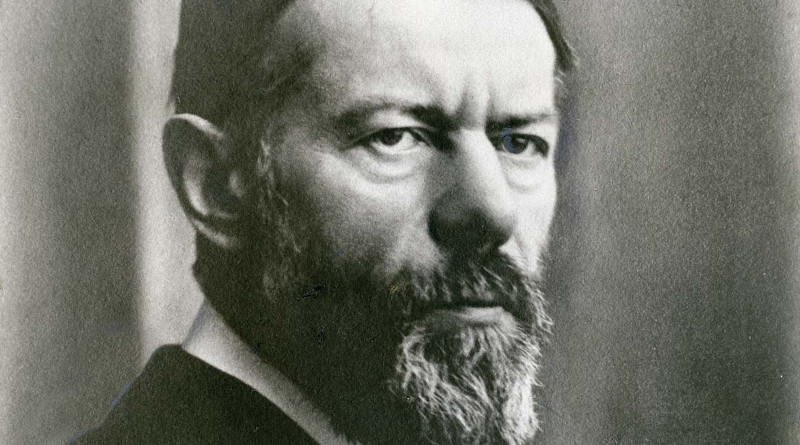 Max Weber famously hypothesised that the Protestant work ethic fostered modern economic development. Does religion matter for economic success? This column revisits Weber’s hypothesis in the context of 19th-century Prussia. Protestantism did not matter for savings, literacy rates, or income levels across Prussian counties after 1870. Instead, there are large differences between ethnic groups, likely due to ethnic discrimination. Nationalism must be taken into account to understand Weber’s writings.

Are Protestants thriftier or more literate than people of other beliefs, or not? Weber (1904, 1905) famously hypothesised that the Protestant work ethic fostered modern economic development through an “ascetic compulsion to save”. One hundred years later, sociologists and economists still debate this question in historical or contemporary settings (see Becker and Woessmann 2009, Cantoni 2015, Bai and Kung 2015, Spenkuch 2017, Alaoui and Sandroni 2018, among many others).

In a recent paper (Kersting et al. 2020), we revisit Weber’s famous hypothesis and the evidence for it in 19th-century Germany. We show that the empirical literature has largely missed the context in which Weber was writing, notably the relationship between religious and ethnic differences in Germany before 1914.

Protestants were in fact neither thriftier nor more literate than Catholics. But there were huge differences between Germans and ethnic minorities, notably Poles.

We first revisit the evidence on the effect of Protestantism on saving behaviour. Weber suggested that Protestantism has led to an “accumulation of capital through ascetic compulsion to save” (Weber 1905: 191). To test for this, we use a recent dataset from Lehmann-Hasemeyer and Wahl (2017) on savings per capita for Prussian counties. Figure 1 shows the share of Protestants in Prussian counties for 1900. Figure 2 shows the distribution of savings per capita in 1905.

Using pooled OLS we find no significant correlation between Protestantism and savings. This non-result is robust controlling for income, many other controls as suggested by the literature, and variations in the sample.

But what about ethnic minorities? Figure 3 shows the share of German speakers across Prussian counties.

To establish causality, we need to find a valid instrument. Becker and Woessmann (2009) ingeniously suggested using the distance to Wittenberg (the centre of the Protestant Reformation) as an instrument for Protestantism. However, such an instrument is likely to violate the exclusion restriction1 because it is strongly correlated with the share of German speakers.

We next test for the idea that Protestantism mattered not because of its effect on attitudes towards work and consumption, but because it fostered literacy. We provide new descriptive evidence on the difference in literacy rates among Protestants and Catholics at the county level from a historical cross-table, which has been largely neglected in the literature.

Literacy rates among Catholics are nearly identical to literacy rates among Protestants (Figure 4c). The only exception is among counties in the east, which have a substantial share of Polish people in the population (Figure 4b). Still, there might be potential spillovers of historically Protestant regions.

Panel A All counties

We also test for a causal effect of religion on literacy, using the instrumental variable approach by Spenkuch (2017). To account for minorities, we control for the share of people with German as mother tongue. Using this instrumental variable confirms the evidence from Figure 4: Protestantism had no significant effect on literacy. The coefficient on ethnic differences (as captured by share of the German-speaking population) is much larger and statistically and economically significant.

Ethnicity and discrimination in the German Kaiserreich

In fact, it is well known that Max Weber was a passionate German nationalist, and his writing, including The Protestant Ethic, should be understood as a contribution to the political education of the German public (Barbalet 2008). Thus, Weber’s nationalist position not only puts a different light on The Protestant Ethic but also offers a contemporary point of reference for explaining differences along ethnic lines, namely German discrimination.

After 1871, the German majority increasingly discriminated against the Polish minority in language and education policy, access to public offices, and policies of land redistribution. More research is needed to understand to what extent Germanisation can account for the observed substantial differences in incomes, savings, and literacy rates, which we documented above, and how the Polish minority reacted to it.

The importance of context

To speak with Robert Margo, we see this as an example why “putting the context front and centre is the essence of economic history, its fundamental contribution to economics per se” (Margo 2017: 37). A misinterpretation of historical context can easily lead to missing key elements of the evidence (in our case: the role of minorities).

We do not wish to dismiss a more abstract interpretation of Weber’s writing from the perspective of empirical economics, which can be stimulating and generate valuable insights. But our evidence cautions that studies on the economics of religion should take ethnic differences and discrimination into consideration, in the context of 19th-century Germany or elsewhere.

Barbalet, J (2008), Weber, passion and profits: “The Protestant Ethic and the Spirit of Capitalism” in context, Cambridge: Cambridge University Press.

Home » Weber Revisited: The Protestant Ethic And The Spirit Of Nationalism – Analysis

One thought on “Weber Revisited: The Protestant Ethic And The Spirit Of Nationalism – Analysis”