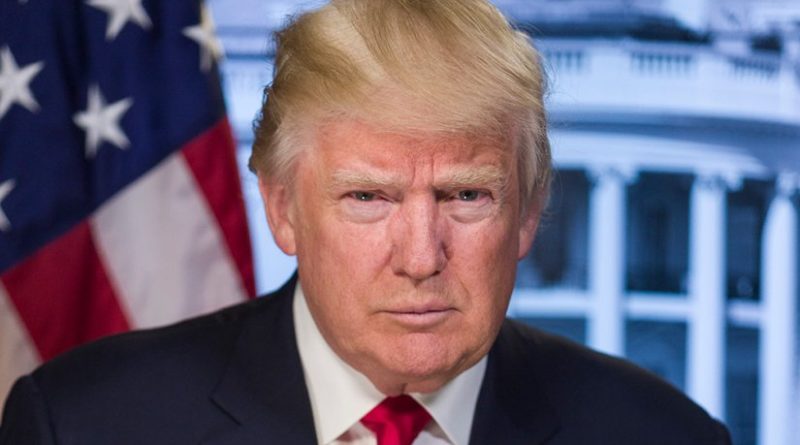 Since no problem is more threatening to human future than climate change, there is a need to understand the implications of the US exit from the Paris Agreement. Will implementing the climate pact without the US really prevent severe climate change or will it eventually lead to a complete collapse of the Agreement?

The United States’ withdrawal from the Paris Agreement has been greeted with howls of protest. Some commentators and leaders have been critical of the US decision and some have been critical of even the US President Donald Trump himself. The US offer to negotiate to re-enter either the Paris Agreement on climate change or enter an entirely new agreement on terms that are “fair to the United States” was rebuked, if not rejected.

The remaining signatories to the Agreement have taken the high moral ground and publicly announced to do even more to implement it. Announcements to this effect were made even before the decision to exit was taken; ostensibly to put moral pressure on the US to not withdraw. They have been repeated after the actual decision to exit was made by the US as efforts are now being made to bring Washington back into the climate pact.

President Trump has said the Paris Agreement is soft on leading polluters like China and India, putting US industry at risk. He has repeatedly said he would be open to a better deal for the US. He has not said a word against the European Union (EU) which is also a leading polluter or Russia and Japan.

Also, it seems unfair to put India in the same league as China, since India’s current emissions of greenhouse gases are roughly one-fifth of China’s. They are one-fourth of those of the US or the EU and only a little more than those of Russia and Japan. But undeniably India is presently the fastest growing economy and its emissions are rising.

Looking at History for Clues

The Kyoto Protocol signed in 1997 amid scenes of jubilations in Japan, was hailed as a breakthrough that could set the world on a new low-carbon path. Studying why it failed can help us understand what is likely to happen to the Paris Agreement after the US withdrawal.

The Kyoto Protocol did not propose explicit ceilings on emissions of the developing countries and such ceilings, if at all, were to be negotiated in the future. The US, under the Bush administration, decided not to ratify the Protocol. In the absence of the US, the EU took the lead and pursued it with some vigour, but without success. Russia, Canada, Australia, and Japan did less than what they had promised to do under the Protocol.

Though the EU succeeded in meeting its own target of 8% cut in its emissions (largely because the economic growth in the EU was lower than expected), the overall world emissions continued to grow at a fast pace. Thus, the remaining countries realised the futility of implementing the Protocol without the US.

Only a handful of countries were willing to participate after the expiry date of the first commitment period of the Protocol. To be precise, a second commitment period was agreed on in 2012, known as the Doha Amendment to the Kyoto Protocol. But only 55 nation states accepted the Doha Amendment whereas entry-into-force required acceptance by 144 nation states. In fact, not many countries were willing to reduce emissions unless the US – the world’s biggest economy and second biggest emitter – and some other countries were also willing to do so.

Thus, there were only two possibilities left after the expiry of the first commitment period: either the US would ratify an extension of the Kyoto Protocol and agree to reduce its emissions or the world would return to the pre-Kyoto situation and negotiations would start afresh. These negotiations would continue until a new agreement that was acceptable to all countries including the US and developing countries was reached at a future date.

That date turned out to be 12 December, 2015 in Paris. On that day, France – the host for the Conference of Parties or COP-21 – had prepared, after much deliberations and consultations with various countries and groups, a “take it or leave it” draft agreement. The countries chose to take it. There would have been no Paris Agreement had the US not “taken” it then!

Unlike the Kyoto Protocol, the Paris Agreement is formulated in terms of a precise sequence of back-to-back commitment periods of five years each, starting 2020 – which will be 16 in total by the end of the century. Each one of these back-to-back commitment periods may be considered as being covered by an agreement of its own as part of a well-structured sequence that constitutes an overall agreement.

Thus, the Agreement allows for redefining emissions strategies at the beginning of each commitment period depending on the level of the stock of greenhouse gases in the atmosphere at that point of time. However, each successive commitment period must be a progression over the previous one in the sense that each country should do more to control climate change than in the previous commitment period.

The Paris Agreement, as of now, only includes an indication of actions to be taken by each country in the first two commitment periods of 2020-2025 and 2025-2030. It is little more than a declaration of intentions. In fact, the Paris Agreement is flexible on when a country has to make reductions in its emissions and by how much.

Thus, there was no need for the US to withdraw from the Agreement. It could have achieved its goal of an agreement that is “fair to the United States” by negotiating within the procedures and mechanisms of the Paris Agreement.

Does the US Withdrawal Make Sense?

How then to rationalise the US withdrawal? The US had mentioned China and India as the reason for not ratifying the Kyoto Protocol. It has again cited China and India as the reason to withdraw from the Paris Agreement. Thus, the history is likely to repeat itself. In fact, the US withdrawal may be part of a well thought-out strategy to pressurise China and India to do more and more with each new agreement: first the Kyoto Protocol, now the Paris Agreement, and perhaps another agreement next.

As far India is concerned there is little room to push it to do more. The timing of India’s economic growth is such that it is sometimes seen, even blamed, as an obstacle to putting the world on a path away from dependence on fossil fuels. But acceptance of any emissions reductions by India without adequate compensation to enable it to invest in cleaner technologies and energies would amount to saying goodbye to the efforts to uplift the Indian people out of extreme poverty.

No democratically elected government in India can survive if it has to impose policies that further discourage energy consumption by an already deprived population without providing access to alternative economical sources of energy. It has no choice but to continue to refuse for at least the next couple of decades any reduction in its emissions that is more than what is possible with adoption of cleaner technologies and use of cleaner energies. Similarly, it seems unlikely that China either can be pushed to do more.

Likely Impact of US Withdrawal

Therefore, the task of developing clean technologies and energies would have been carried out largely by businesses and investors, operating under emissions reduction policies that would have been in place with greater certainty for a longer period of time.