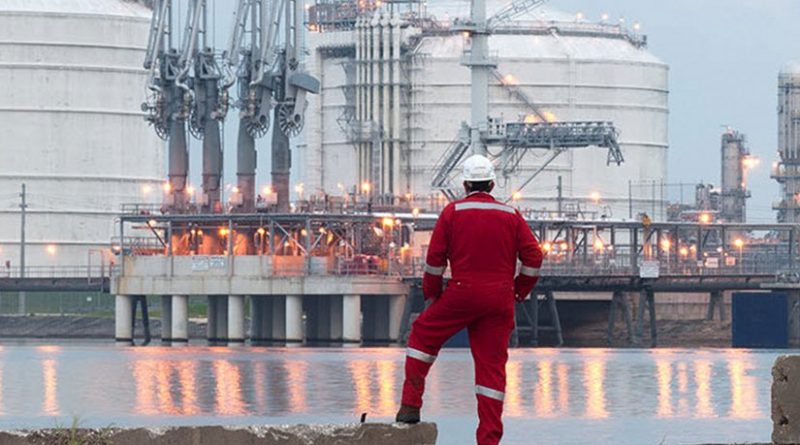 Newly appointed United States (US) Secretary of the Interior Ryan Zinke has cultivated an image from his 23 years as a Navy Seal and now Cabinet position as a “roughrider.” What that means is he views his duty overseeing over 500 million acres of U.S. surface land and nearly five times as many subsurface acres onshore and offshore as a “conservative conservationist.” This mindset along with President Trump’s America First Energy Plan is upending global geopolitics using energy production (mainly fossil fuels) as a carrot and a stick in global diplomacy.

The plan has included leaving the inadequate Paris Climate Agreement, getting rid of the Clean Power Plan (noted constitutional scholar Jonathan Adler had grave misgivings about the CPP), and undoing the EPA’s ‘Waters of the U.S.’ rule, which assists further in fossil fuel production. These moves are attempting to “increase wages by more than $30 billion over the next seven years,” with executive actions. Moreover, Secretary Zinke’s agency under the U.S. executive branch’s prodding has estimated there is over $50 trillion in untapped shale oil and natural gas – particularly on federal lands.

This federal tax revenue, wage growth, and boosts in economic growth are only part of the picture. The new plan also sees a role for geopolitics in leveraging US shale oil and natural gas reserves.

The U.S. is now doing what Russia, OPEC, Germany, and China have done for decades: using domestic economic platforms as a geopolitical weapon. Like Germany dumping exports on the European Union (EU), China purging steel from their domestic companies onto world markets, or Russia withholding natural gas in January 2009 against the EU and former Soviet satellite states, Trump’s U.S. is reversing the former Saudi-led war against U.S. shale by using energy as a geopolitical weapon. Trump has specifically stated:

In addition to boosting energy production being good for the economy, it is also in America’s national security interest. Achieving energy independence from the OPEC cartel and any nations hostile to our interests while working with Gulf allies to develop a positive energy relationship is part of our anti-terrorism strategy.

At the end of July, U.S. oil production hit over 9.43 million barrel per day (bpd), the highest since August 2015. Morgan Stanley forecasted further production hikes of 900,000 bpd by the fourth quarter. Zinke and Trump have both made cutting domestic regulations in all facets of the U.S. economy one of their highest priorities, which has attributed to the large gains in oil, natural gas, and coal productivity and production. If this trend continues it’s not unheard of to believe the U.S. could hit between 11-12 million bpd in fourth quarter 2018 and use those additional tax revenues towards military upgrades, domestic infrastructure improvements, or exporting fossil fuels to specific markets such as the EU, Southeast Asia, India and China.

The Trump administration has also committed to using revived coal production as a domestic economic kick-starter in the Midwest and eastern states like West Virginia. This has drastic geopolitical repercussions across the globe, particularly if Zinke’s Interior Department, working with the U.S. Commerce Department, opens up clean coal technology to resuscitate America’s coal industry.

This would put America in the position of competing directly against China, Japan, South Korea, and India for the next generation of clean coal technology. The U.S. is now pushing the U.N Green Climate Fund to construct clean coal power plants around the world. This illustrates how the new administration is using newfound geopolitical influence in all sectors of “global energy and climate bodies to promote carbon capture technologies.” This would have been unheard of in the previous U.S. administration.

Coal is an interesting case study, because most news reports lead viewers and readers to believe it is dying industry and since the Paris Climate Agreement no one wants to use it as a power source anymore. However, there are 600 million Africans without power at this time and coal is abundantly available in Asia to power the most important geopolitical region in the world. Southeast Asia and Sub-Saharan Africa’s energy needs are growing every year and coal is best suited to meet this burden when it comes to cost, scalability, and the cheapest and most efficient way to bring hundreds of millions out of energy poverty and food scarcity.

The newly installed U.S. sanctions against Russia present another interesting dilemma for energy and the interplay of Russia, the U.S., and the EU. Nord Stream 2 (NS 2) is the second Russian pipeline carrying natural gas from Russia to the Finnish border, beneath the Baltic Sea, and arriving in Greifswald, Northern Germany for European distribution. Nord Stream 1 was commissioned five years ago and NS 2 runs parallel. But now EU regulators and regulations are questioning the overreliance of the EU on Russian gas and whether the additional capacity is needed.

Brussels wants diversification and this is where the US steps in to compete against Russia, North Africa, and even Qatar – the world’s largest supplier of liquid natural gas (LNG). The EU has constructed LNG terminals to diversify their LNG options in Qatar and North Africa. But Putin’s dream of reversing the breakup of the Soviet Union, which he called, “the greatest geopolitical disaster of the 20th century,” has involved his energy resources being as active on the global geopolitical stage as his nuclear arsenal. Moscow repeatedly rejected the possibility of opening up Russia’s domestic pipelines up to competition or breaking up Gazprom.

The EU, protected as it is by NATO, realizes this too, but there are difficulties here for the U.S. to overcome. Since there is a deep mistrust of the Trump administration, European nations are speaking openly about foregoing decades of alliance-built relationships. Instead they want to pursue their own energy interests outside of Russia or the U.S. Regardless of this, the U.S. has indicated it will export LNG to the Europeans if NS 2 is shut down or not fully utilized.

Critics contend it will take years for this to happen, and the EU will continue to pursue its Middle Eastern and North African LNG options. Yet these same critics believed that US shale would fold under OPEC’s price war. The opposite occurred, and now it’s OPEC folding to US domestic drillers. Geopolitics and self-interest rightly understood would trump domestic political considerations, especially in Europe where they are more concerned about the Russians than their hatred of Trump and US interference.

The Europeans hated Reagan, nevertheless security took first priority when Soviet missiles were pointed at them. The same thing will happen more than likely with US energy, and LNG exports specifically. More importantly, the US has shown no one can ramp up all facets of energy production, refinery skills, and export shipping like the US oil industry.

Trump and Zinke have overcome many of the geopolitical barriers that the US put in place to restrict energy production. Global institutions and leading nations should take notice that the U.S. is reviving fossil fuels so developing regions around the world can make use of their own resource wealth. The Trump administration, unlike the Obama administration, is shifting away from renewables, and while environmentalists may hate this switch, nonetheless they can’t ignore how the US has entered the beginning stages of weaponizing their vast oil, natural gas, and coal reserves.