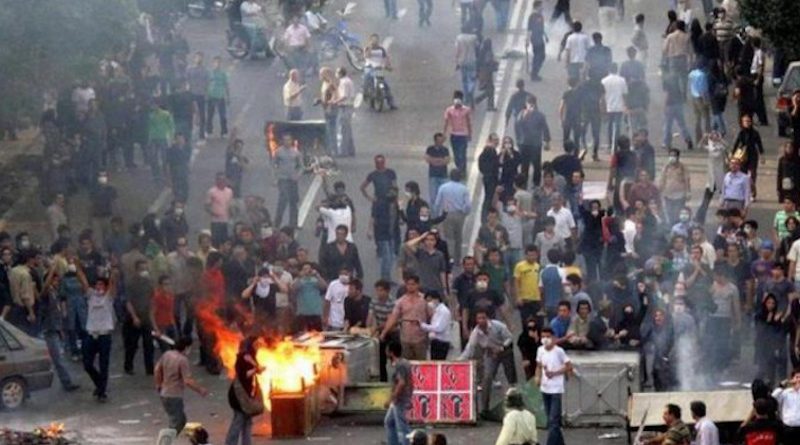 Following protests held on August 7 where military forces opened fire in a protest gathering in Naqadeh, in northwestern Iran, there were reports of over 40 injured, and over 50 were summoned and interrogated.

According to the Hengaw Organization website, protest gatherings continued for three days and anti-riot police reinforcements were sent from Urmia and Miandoab to control the protests. Protests started following a gathering by locals outside the Police Station building to demand justice after “thugs” killed a 31-year-old man identified as Fardin Ebrahimi. Fardin was the father of a three-year-old girl and was a political activist.

Military forces opened fire on locals, killing a 27-year-old man identified as Mohammad Alizadeh. They used pellet guns, and tear gas to disperse the crowds, and over 40 citizens were injured.

An informed source told Hengaw that security forces shot at them with pellet guns, and he/she was injured. They nursed themselves at home and did not go to hospitals for fear of arrest.

Three Kurd men were detained and taken to an unknown location. Two of them were identified as Yunes Qaderi and Hadi Pargol. Over 50 other Kurd citizens were summoned and interrogated.

Naqadeh is resided by ethnic Kurd and Turk citizens, who have been living side by side in peace for years.

Since the 1979 Islamic Revolution in Iran, religious minorities such as Sunni Kurds, Bahais, and Christians have been systematically persecuted as a matter of government policy.