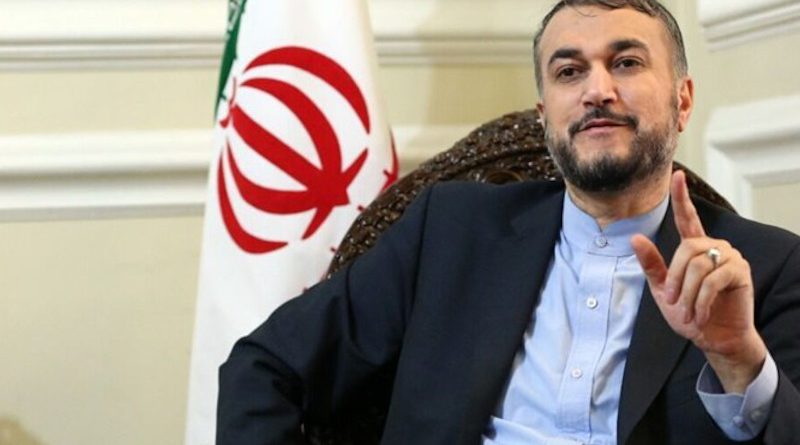 (RFE/RL) — Some say the next Iranian foreign minister’s views are as hawkish as the fiercest hard-line elements within Iran’s Islamic Revolutionary Guards Corps (IRGC) and that improving relations with Western countries will be difficult.

Hossein Amir-Abdollahian’s selection as Tehran’s top diplomat appears to present myriad challenges to already deeply frayed relations in the Middle East and beyond, amplifying a hard-line consolidation with the new presidency of Ebrahim Raisi.

But analysts of Iran’s foreign policy establishment suggest Amir-Abdollahian’s conservative credentials could also boost clarity on a handful of key international questions, from talks to revive a hobbled nuclear deal to confronting Iran’s persistent efforts to project strength in the region.

Amir-Abdollahian is a senior diplomat and foreign policy adviser to the speaker of Iran’s parliament who enjoys the support of the powerful IRGC. Most observers expect a parliament dominated by fellow hard-liners to confirm his nomination, which was submitted along with the rest of Raisi’s cabinet on August 11.

No Interest In Warmer Ties?

The appointment comes at a sensitive time.

Talks in Vienna aimed at reviving the 2015 nuclear deal abandoned by U.S. President Donald Trump have stalled amid the transition of power in Tehran, while tensions have increased between Iran, Israel, and Western powers in the Persian Gulf, where Tehran has been accused of organizing a deadly drone attack on a commercial tanker and of hijacking another vessel.

The 57-year-old Amir-Abdollahian is suspicious of the West and a vocal supporter of the so-called “axis of resistance” against Israel. As deputy foreign minister for Arab and African affairs from 2011 to 2016, he helped implement regional policies enforced by the IRGC’s Quds Force, whose commander was assassinated in a U.S. drone strike in January 2020. He was also involved in historic but largely failed talks in Baghdad in 2007 with U.S. officials on efforts to stabilize Iraq.

Amir-Abdollahian’s nomination hints at plans by Raisi to focus on Iran’s Middle Eastern neighborhood and a potential lack of interest in serious engagement with the West, analysts say.

During Raisi’s August 5 inauguration ceremony, representatives of Hamas, Islamic Jihad, and the Lebanese Hizballah — groups blacklisted by the United States and the European Union — were seated in the front row, while senior EU diplomat and nuclear mediator Enrique Mora was conspicuously seated behind them.

“Amir-Abdollahian’s nomination also reflects Raisi’s narrow focus on the region and disinterest in improving political or economic ties with the West,” Henry Rome, a senior Iran analyst at the Eurasia Group in Washington, told RFE/RL.

But Raisi, who observers say owes his rise to power to his loyalty to Supreme Leader Ayatollah Ali Khamenei, also vowed at his inauguration to support diplomacy aimed at removing the U.S. sanctions that have crippled Iran’s economy.

“Sanctions against the nation of Iran must be lifted. We will support any diplomatic plans that will realize this goal,” Raisi said.

Six rounds into the negotiations with world powers and indirect talks with the United States aimed at resuscitating the accord, the fate of the Joint Comprehensive Plan of Action (JCPOA) seemingly hangs in the balance.

In reaction to Washington’s exit from the deal in 2018, Iran has gradually decreased its JCPOA commitments while ratcheting up sensitive nuclear work. But some believe Raisi and his team could be in a better position to renegotiate the deal due to their full alignment with Khamenei, who has the last say in all state affairs in the country.

Ali Vaez, director of the Iran project at the International Crisis Group think tank, told RFE/RL that while dealing with Amir-Abdollahian is likely to prove difficult for Western countries, the hard-line diplomat could be in a better position to follow through on progress.

“Amir-Abdollahian’s views on the West are as hawkish as the hard-line elements within the Revolutionary Guards,” Vaez said. “That renders him a more difficult interlocutor for the West but a more capable one, as he will face much less internal resistance to his initiatives as his predecessor did.”

Amir-Abdollahian, who will replace the U.S.-educated Mohammad Javad Zarif, has a doctorate in international affairs from Tehran University and is said to be fluent in Arabic, while his English appears to be limited.

Praised by hard-liners as a “revolutionary diplomat,” he has boasted in media interviews of his close ties to assassinated Quds Force commander Qasem Soleimani. “Whenever I was involved in sensitive and important negotiations about the region, the last person I consulted with was General Soleimani,” he said in a recent interview with the semiofficial Fars news agency.

Such consultations with Soleimani would allow him to enter talks “with full hands,” he said.

“Amir-Abdollahian will bring an IRGC attitude to the top of the Foreign Ministry,” analyst Rome said. “He is steeped in Arab politics and has spent much of his diplomatic career implementing or defending Iran’s aggressive regional policy — and he will continue doing so as foreign minister.”

He has risen politically against a backdrop of friction not just over the nuclear deal but also with Iran helping to defend Syrian President Bashar al-Assad during that country’s brutal civil war, which drew other foreign powers into the fighting.

“Most regional states remember Amir-Abdollahian’s tone and attitude during the Syrian crisis and associate him with Iran’s power projection in the region,” Vaez said. “If he is to rectify that image he needs to strike a much more conciliatory tone and match it with confidence-building measures.”

Raisi has said that he aims to improve ties with neighbors in what appears to be a signal to Iran’s regional rival, Saudi Arabia. Those two countries have been engaged in recent months in talks aimed at curbing tensions in the region.

Yet both Raisi and Amir-Abdollahian have been vague about Iran’s foreign policy approach or any expected shift.

In a June interview with the Italian daily La Repubblica, Amir-Abdollahian said the Americans still had not proven they are serious in the negotiations and that “the mistakes” of the past will not be repeated. It appeared to be a thinly veiled reference to Trump’s withdrawal from the JCPOA and his reimposition of economic sanctions that have ravaged Iran’s currency and economy.

“Returning to the JCPOA agreement is in the Iranian national interest as long as the counterparties respect their commitments,” Amir-Abdollahian said.

He also suggested that Raisi would work to find a balance in ties with the East and the West.

Amir-Abdollahian said Rohani’s government had prioritized ties with the United States and the West, while Khamenei had urged him to pay greater attention to different regions around the world.

“I believe that Dr. Raisi will find a new balance,” Amir-Abdollahian said. “This does not mean that we do not want to pay attention to Europe and the West.”

*Golnaz Esfandiari is a senior correspondent with RFE/RL.