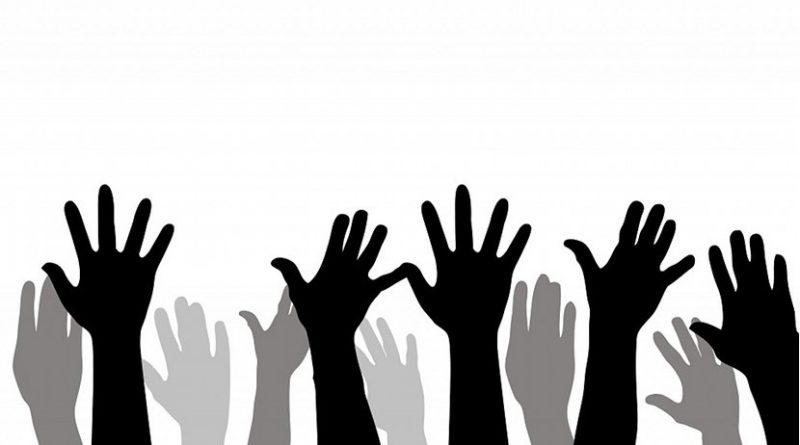 By any reasonable measure violence should have had its day. Throughout our long history violence and war have solved little. In most cases, if not all, war could have been pre-empted by deft diplomacy and non-violent action.

Take Afghanistan where after America’s longest ever war the US and its allies are finally withdrawing their troops.

Like the British in the nineteenth century and the Soviet Union in the twentieth the invader has again been effectively defeated. The allied armies leave behind only a modest list of achievements. There is now a solid minority of educated girls and women. The infant mortality rate is down and the number of good roads up. But all this could have been achieved by well-thought-out development programs, bolstered with foreign aid, as it has been in a vast majority of Third World countries. It didn’t need an invasion to bring it about. Look at neighbouring Nepal, India, Bhutan, Bangladesh and Pakistan.

Admittedly the Taliban, the militant Islamic fundamentalists are now taking over but even fundamentalists, judging by the most fundamentalist of all, Saudi Arabia, don’t inevitably resist the education of girls or programs to lower the rates of maternal mortality and infant mortality. There are more women than men in Saudi Arabia’s King Saud University with its 51,000 students, none of whom pay fees.

In Iraq, outsiders’ violence overthrew the malevolent dictator, Saddam Hussein. But, for all his many dangerous faults, he provided social stability, safety on the streets, electricity, water and food and good nutrition for all, together with a falling infant and maternal death rate.

What did the US, British and French invasion substitute besides neutering Saddam? Mainly mayhem. Tens of thousands of deaths of innocents, shortages of food, worsening nutrition and disease, a breakdown in electricity and water supply, sharply rising crime levels, upheavals in the schools and health services.

Ten years later the country is still semi-chaotic and still bothered about Al Qaeda and ISIS, the Islamic terrorist organisations that Saddam successfully resisted. Some reports say over 1 million Iraqis died because of war and violence. Going to war with Iraq was counterproductive.

In Libya, the mercurial dictator, Muammar Gaddafi, provided the same sort of social benefits as Saddam. Ten years after the British, French, Qataris and the US launched their air attack which killed him and destroyed the government the country remains carved up into armed factions. The people, cowering, remain afraid. Gaddafi was not a nice man but, as he grew older, he became diplomatic and wise enough to surrender his incipient nuclear weapons facilities to the UK and the US, and in his latter years he became open to economic reform. There was enough for outsiders to work with. Again, military intervention by the West was counterproductive.

In Syria, the al-Assad family used to have a good track record of social reform. According to the UN’s annual Human Development Report Syria used to be among the top 10 developing countries in lowering infant and maternal mortality. The murder and rape rates were low. Now as the civil war goes into its eleventh year many of the cities are reduced to rubble and there are millions of refugees. Health services in some parts of the country are close to zero.

In Syria the anti-regime protests were started by teenagers. The government cracked down on them in a heavy-handed way. This triggered a large non-violent protest movement that brought large crowds of marchers onto the streets every day. Western media egged them on. When the police got tougher and cracked heads a small minority of the demonstrators took to the gun. Not for them the tactics of Gandhi. In return the police and army were ruthless. The conflict quickly escalated. Much of western media continued to egg on the now violent anti-Assad movements. The destruction of Syria continues, although reduced mainly to Idlib. In its own way the government has “won”.

In Syria’s case it is not outsider armies intervening who can be blamed. It is the Assad family and its acolytes who, feeling their dominant position was threatened, tried to clamp down on a popular revolt in the harshest way possible.

Why didn’t Assad appeal to the protests non-violently? He could have responded by implementing reforms such as proposing to train the police not to use violence and by encouraging some forms of democracy at town and provincial level.

In Egypt the faults can be spread three ways—the army, Western media and the protestors themselves.

In the first round of “Arab Spring” protests that toppled the long incumbent President Mubarak the demonstrators were non-violent. (So were the protestors in neighbouring Tunisia—and have remained so.)

They got what they wanted—the first free elections in Egypt’s long history. Western media did much to win them support outside Egypt but also inside among the elite. The victors were the Muslim Brotherhood, a quasi-fundamentalist grouping. Unfortunately, the newly elected President Muhammed Morsi instead of trying to unify the country set about implementing the narrow conservative policies of his movement. He alienated the young supporters who had given the Brotherhood its chance. He alienated the media, both domestic and foreign. Counterproductively he alienated the army.

Short-sightedly, the young protestors returned to the street demanding Morsi step down and the army return to governing. For some foolish reason many of the demonstrators expected the army to give democracy a second chance, but the army moved quickly to implement a violent crackdown, followed by severe political repression. If only the protestors had waited until the next election Morsi could have been voted out of office and the army kept in its barracks. Now Egypt is again ruled by a no-nonsense military that is making sure democracy doesn’t get a second chance. Imprisonment, torture and political and media restrictions rule the day.

In Ukraine the protest movement was initiated by young people who wanted the government to hurry up and sign an economic treaty with the European Union that pushed Russia to one side. Seven months after the protests began the government of President Viktor Yanukovych was deposed. But it was not overthrown by these liberal-minded, non-violent, young people. The violent denouement in Kiev’s main square, the Maidan, was led by fascist groups whose pedigree reaches back to Hitler’s time. They fired on the young demonstrators. For their own geopolitical reasons the US and its larger NATO allies fudged and covered up the role of the fascist militias and pointed their accusing finger at Yanukovych’s police.

Much of Ukrainian-speaking public opinion took their cue from the West. Convinced the firing and killing had done by the police, the media, many parliamentarians and big businessmen pushed for the immediate exiling of Yanukovych, despite an agreement made only the day before by EU leaders and Russia to support Yanukovych if he agreed to call elections and implement serious political and economic reforms.

Again, Western media did a poor job of reporting the truth of what was going on. They relied too much on Western diplomatic sources who were set on their geopolitical purpose of encircling Russia. To my knowledge, only one BBC program (out of many) and one Italian TV documentary got it right.

Now in place in Ukraine is a government riddled with corruption and maladministration that keeps Ukraine firmly in the Western camp combined with a very anti-Russian posture, which extends to an unpleasant, even harsh, attitude towards its own Russian-speaking minority (30%).

Russia has made its own bad moves, compounding the problem, not least the method of its take-over of Crimea, formerly a Ukrainian province.

If the US and its NATO partners had consistently supported the non-violent protestors the outcome would have been very different. In the next election Yanukovych would doubtless have been defeated. Russia would not have taken Crimea nor given military support to the dissident provinces of the east and south. The Cold War would not be re-heating as it is.

It is a human tragedy that non-violence as a tool of political change, as taught and shown by Gandhi and Martin Luther King, is often given short thrift by both the media and Western governments. In all these recent conflicts, if applied and advised, it could have avoided so much upheaval and so many deaths.

*About the author: The writer was for 17 years a foreign affairs columnist and commentator for the International Herald Tribune, now the New York Times. He has also written many dozens of columns for the New York Times, the Washington Post, the Boston Globe and the Los Angeles Times. He is the European who has appeared most on the opinion pages of these papers. Visit his website: www.jonathanpowerjournalist.com