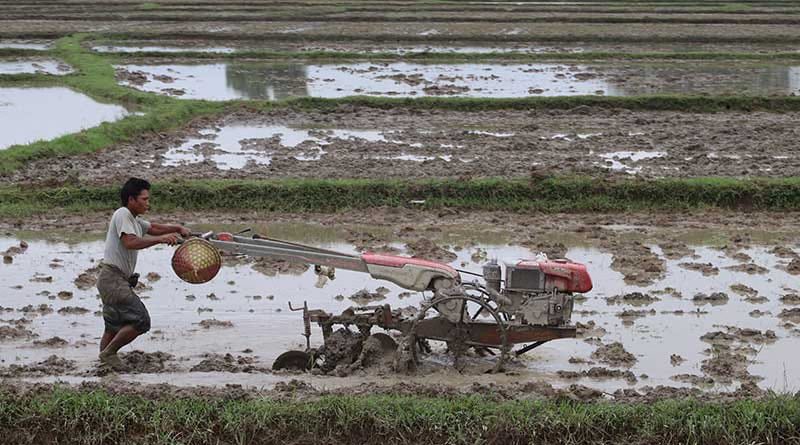 Farmers in Arakan State are reportedly having difficulty replanting paddy fields damaged by floodwaters this year.

Flooding has destroyed about 12,800 acres of farmland in Arakan State this year, according to data compiled by the Arakan Farmers’ Union.

U Pan Hla Aung, a farmer from Okkan village in Mrauk-U Township, said they were facing difficulties due to the scarcity of seedlings to replant paddy in the flooded fields.

U Tun Tun Myint, a farmer from Shwe Pyi Thit village in Kyauktaw Township, said that in the past, paddy seedlings were sold separately, but now there are no farmers who are cultivating paddy seedlings.

More than 12,800 acres of farmland in Arakan State’s Taungup, Thandwe, Mrauk-U, Minbya, Rathedaung, Ponnagyun, Kyauktaw, Pauktaw, Maungdaw and Buthidaung townships were damaged by floodwaters during the rainy season this year, according to the Arakan Farmers’ Union.

The Arakan State government needed to provide not only paddy seedlings but also equipment for the damaged fields, said U Kyaw Zan, chairman of the Arakan Farmers’ Union.

“The paddy crop was not growing much at the time of the flood. Seedlings that are less than 6 inches in size need to be replaced when submerged. In other words, the seedlings have to be replanted,” he said. “Farmers must be provided with equipment because with manual labor alone, replanting this season will be almost impossible. The local government will also need to provide farmers with rice and fertiliser.”

The Arakan State Administration Council has instructed the townships’ land management bodies and concerned departments to inspect the fields damaged by the floods late last month and report any damage.

DMG asked U Hla Thein, a spokesperson for the Arakan State Administration Council, about thousands of acres of farmland damaged by the floods, but he did not say clearly how the local government would tackle the issue.

There are about 1.2 million acres of arable land in Arakan State, and only some 850,000 acres of farmland could be cultivated this year due to the high cost of farming as some farmers are still unable to return home.