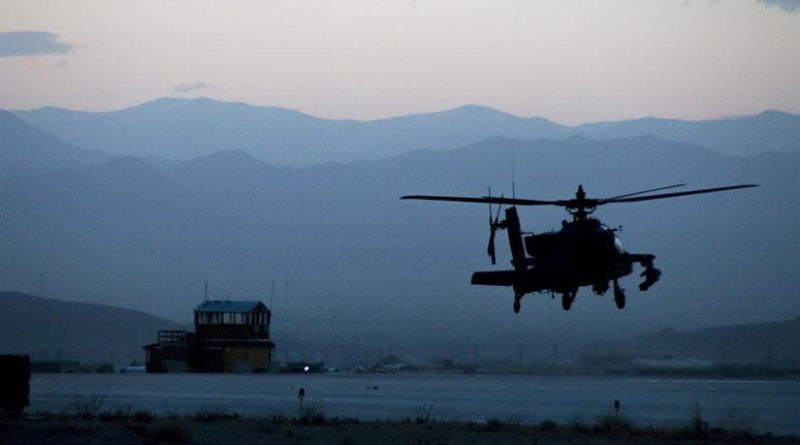 The US withdrawal from Afghanistan presents a special challenge to Russia and several Central Asian states. The withdrawal could see Afghanistan grow into a source of instability for the region, and the Central Asian states bordering the country have each taken a somewhat different approach to its dealings with the Taliban. None appears to have a clear strategy on how to handle the rapidly changing situation.

Turkmenistan, Uzbekistan and Tajikistan, Afghanistan’s northern neighbours, have benefitted from a government in Kabul that has been friendly and restrained violent groups from crossing into their territories. Now they have front row seats to the Afghan government’s fight for survival. The growing threat of a Taliban return is forcing them to rethink their approach to Afghanistan. Turkmenistan, Uzbekistan and Russia have opened communication channels with the Taliban leadership and hosted representatives in their capitals. This undercuts the Afghan government’s legitimacy, encouraging Taliban militancy.

Central Asian states are concerned that the Afghan government might collapse. Taliban militants have captured a belt of territory that runs from Herat province in western Afghanistan to Badakhshan in the northeast, seizing control of vital districts and border crossings. As these battles have raged, at least 2300 Afghan security personnel were forced to cross into Tajikistan to take refuge.

In June, 53 Afghan soldiers and local militia crossed into Uzbekistan but Uzbek authorities sent them back. Although hundreds have been repatriated and re-joined their units, this experience raises questions about the capacity of Afghan security forces to maintain cohesion.

Psychology also plays a critical role. To the masses, the Taliban increasingly looks like it is an unstoppable force on course to topple the Afghan government. That outcome is not inevitable, but the danger of public amplification of the Taliban’s power is that it risks triggering a cascade of Afghan security forces and other rivals joining the Taliban because it does not pay to be on the losing side.

When northern Afghanistan capitulated to the Taliban in the mid-1990s, its collapse neutralised much of the significant resistance the insurgents faced. To prevent a repeat, the Taliban have displaced Afghan security forces in the north. As a result, Kabul will find it difficult to enlist its northern neighbours to provide support to anti-Taliban forces. These linkages are potentially significant as they proved to be crucial to the erstwhile Northern Alliance.

Russia has made clear its objections to US plans to station forces in Central Asian countries as it withdraws from Afghanistan. Members of the Russian-led Collective Security Treaty Organization (including Kazakhstan, Kyrgyzstan and Tajikistan) appear likely to reject any US basing proposition, while non-members, Uzbekistan and Pakistan, have also already ruled out the possibility. Ongoing US–Russia confrontation was always going to make the basing of US forces in Central Asia a hard sell, and limited the Afghan government’s options to seek support from its neighbours.

The Taliban have emerged as the most powerful actors in Afghanistan’s north. Immediate threats to the former Soviet republics include the growth of transnational terrorist groups in Afghanistan, the spread of extremism, an influx of refugees and increased flows of weapons and drugs. Unsurprisingly, in July the Tajik and Turkmen governments ordered additional forces to reinforce their borders with Afghanistan. Expecting refugee arrivals, the head of Tajikistan’s Gorno-Badakhshan Autonomous Region said that he expected 10,000 refugees to arrive but feared that the figure could rise to 30,000.

Afghanistan’s neighbours know the Taliban are not in the business of denying Afghan territory to foreign militant groups. This is evidenced by their highly integrated relationship with al-Qaeda, which shows no signs of breaking despite the group’s ejection from power for refusing to hand over Osama bin Laden. The Taliban also do not prohibit foreign citizens from joining their ranks, in fact they welcome Pakistani and Central Asian groups operating in Afghanistan. This approach contrasts starkly with the actions of the Afghan security forces, who killed the founder and leader of Jamaat Ansarullah, Amriddin Tabarov, in 2015 and killed Abu Muhsin al-Masri, an Egyptian national believed to be al-Qaeda’s second in command, in 2020.

The Taliban, al-Qaeda and other groups see the US withdrawal from Afghanistan as nothing less than victory over the superpower. The so-called Islamic State terrorist group’s Khorasan Province branch (ISKP) will also benefit from the power vacuum that will be left behind. Highly driven terrorist groups will not be satisfied with the capture of Afghanistan and will likely look to expand beyond the country. Above all, the Taliban and others have learnt that forceful ideology delivers victory — a formula that they will surely seek to replicate in other environments.

The options for Central Asian countries in the short term are limited despite their preference for the incumbent Afghan government. Central Asian states that have chosen to engage with the Taliban recognise they have limited resources with which to fill the void following the US withdrawal.

However, the Taliban face a different strategic landscape if the Central Asian states with the backing of Russia or China choose collective action to counter a resurgent emirate seeking to disturb the status quo. How and what states back which actors remains to be seen, but if the Syrian conflict is any indication, will unlikely fall into neatly divided camps.

Despite their security concerns, it would be a grave miscalculation for these states to try to intervene independently and without a collective strategy. Intervention would hand the Taliban justification for direct military assault targeting Central Asian forces and people. It is prudent for Central Asian states to act as a block in the long term. In any case, it would be a strategic error for these states to base their approach on what the Taliban say rather than on what they do in practice.

Opening a relationship with the Taliban while maintaining ties with the internationally recognised Afghan government is one option. Hedging may work but it comes at the cost of treating Kabul and the Taliban as equals, resulting in reputational gains for the militants and reputational losses for their opponents.

*About the author: Nishank Motwani is Director of Research and Policy at ATR Consulting.