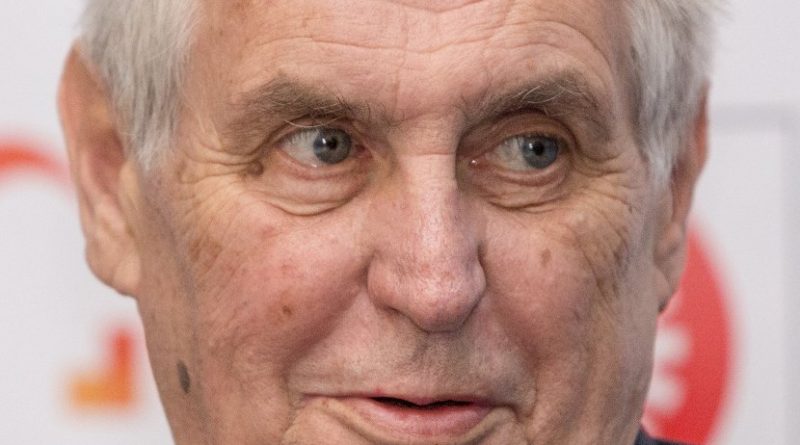 On his visit to Serbia, Czech President Milos Zeman delighted his hosts when he promised to try to persuade his country to withdraw its diplomatic recognition of Kosovo, granted in 2008.

Czech President Milos Zeman delighted his Serbian hosts at a joint press conference on Wednesday with his Serbian counterpart, Aleksandar Vucic, when he promised to push for the Czech Republic to withdraw its 2008 recognition of Kosovo at a counseling on the constitution expected to happen in one month.

“I’m not a dictator … but what I can do is to raise this issue and see if this [withdrawal of recognition] is possible,” Zeman said without further explanation.

If Zeman succeeds in his task, it will be a diplomatic triumph for Belgrade, which has been leading a strenuous campaign to stop countries from recognising its former province, or persuade them to withdraw recognition.

Several diplomatically marginal countries have already done so, but for an EU and NATO member state to follow suit would be serious setback for Kosovo, which is sill struggling to gain diplomatic acceptance and joint the UN. Five EU members have never recognised Kosovo – Spain, Greece, Cyprus, Romania and the Slovak Republic.

Zeman recalled that the Czech Defence Minister, Lubomir Metnar, had recently said that recognition of the independence of the former Serbian province had been “a diplomatic mistake” and added that this meant Metnara would support the initiative. “Probably he will be on my side and let’s see in about a month who will be on the other side,” Zeman added.

Echoing Serbian language about Kosovo, he said that a “country led by war criminals should not be in the community of democratic countries”.

The Czech President already sparked controversy after he landed at Belgrade airport on Tuesday, when the media quoted him as saying that he “Loves Serbia and the Serbian people. And I don’t love Kosovo”.

During his visit, the Czech President will also attend the joint business forum, together with about 50 Czech businessmen in his delegation. Bilateral agreements will be signed in the field of defence and innovation among others.

Serbian President Vucic thanked Zeman during the press conference on Wednesday for his Kosovo statement. “Zeman is true friend of Serbia. It is rare for such people to come to Serbia – who genuinely love Serbia,” Vucic said.

Zeman is well known for his populist, anti-Muslim views, telling an interview in 2016 that the integration of Muslim migrants into Europe was impossible. Most Kosovars are Muslim.