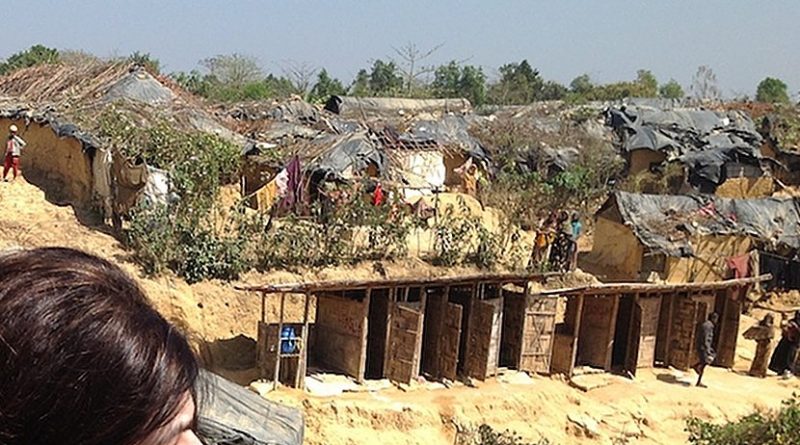 For decades, Myanmar has gone through extreme cruelty to the Rohingya. Never cared about the law. This is the first time that Gambia, a small African country, has taken Myanmar to the International Court of Justice for the Rohingya genocide. Gambia has been trying to convict Myanmar of crimes against humanity against the Rohingya in favor of OIC. Gambia represents the whole Africa symbolically in this regard.

The Rohingya problem is not new to Bangladesh. This problem, which started in 1978, became apparent in August 2017. More than 1 million Rohingyas fled to Bangladesh to save their lives when the Myanmar army launched a brutal operation against the Rohingya ethnic group. Bangladesh is seeking the intervention of the United States, the European Union and the United Nations as well as the regional alliance ASEAN for a lasting and acceptable solution to the Rohingya problem.

Now Bangladesh is facing serious problems for this artificial crisis committed by Myanmar.  Some socio-economic threats are rising in Bangladesh. Bangladesh has given shelter to Rohingyas for humanitarian reasons. But because of this humanity, the country is now at risk. As a result, there is a danger of Rohingyas spreading all over the country, there are also many challenges

The forest is being uprooted, they are cutting down the mountains and destroying them. There are also long-term economic risks Socio-economic and political problems may also be evident, and security risks may increase. Illegal narcotics trade, human trafficking, prostitution, terrorism in Rohingya camps is increasing in camps.

Bangladesh and Myanmar signed an agreement to repatriate the Rohingya to Myanmar within two years in 2017 and 2019 respectively. The Myanmar authority did not take back the Rohingyas according to the agreement. It is true that they don’t want to repatriate Rohingyas in Myanmar. Bangladesh raised the issue in every international forum. Many countries have supported Bangladesh. But Myanmar has no respect the international law and norms. Some mighty powers may have behind the scene.

Various countries and international organizations have taken various measures to solve the Rohingya problem. Former UN Secretary-General Ban Ki-moon has criticized Myanmar authorities for being lax in repatriating displaced Rohingya. UN Secretary General Antonio Guterres has expressed deep concern over the ongoing Rohingya crisis. Yang Lee, the UN special envoy for human rights in Myanmar, said all major countries in the world had a responsibility to resolve the Rohingya crisis.

In this regard, All African states can play a very significant role to solve the crisis such ways:

Why should African States support Bangladesh to solve the Problem?

However, everyone knows the contribution of Bangladesh peace keepers to build peace in Africa. Bangladesh Army, Navy, Air Force, Police have served in UN peacekeeping missions (Africa Mission) with considerable reputation. At that time, in 1993-94, the most talked about peace missions in Rwanda, Somalia and Bosnia, the Bangladesh Army came to the center of the discussion. Bangladesh has a huge contribution and role in the peace process of Africa continent. According to UNO and Bangladesh army, Currently Bangladesh is one of the leading troop contributors with 6,582 peacekeepers mostly in Africa. Being a country committed to peace, Bangladesh has always been keen in contributing for peace across the globe. Bangladeshi peacekeepers are currently deployed in eight out of 13 peacekeeping missions in the Democratic Republic of Congo, Sudan, South Sudan, Western Sahara, Mali, Central African Republic, Yemen and Lebanon.

*Pathik Hasan is a Dhaka based NGO worker, freelance writer