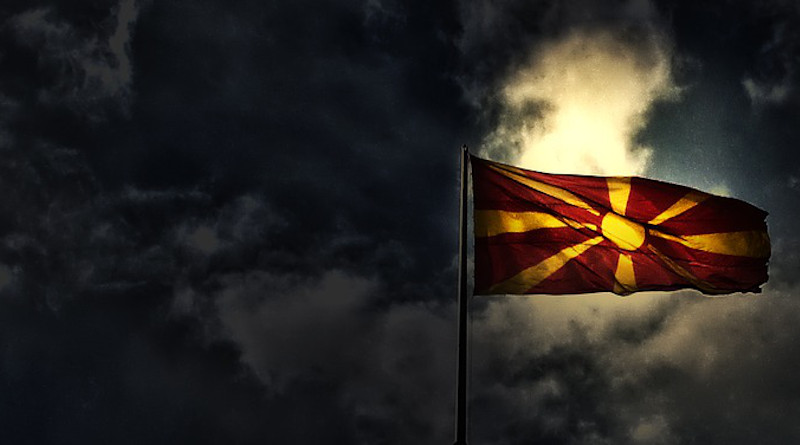 Forget “Je me souviens”, the saying on Quebec licence plates that means “I remember” (and will never forget our history, traditions and identity). Canadian politicians are imposing the slogan “J’oublie” (literally “I forget”) on a distinct group of Canadians. And they’re doing everything in their power to ensure that this group is not able to use their own name, express their identity, or commemorate their history. Which group is it?

First, imagine it was you.

Second, imagine listening to Canadian political “leaders” discuss – on the debate stage, campaign trail and every chance they get – that they “defend human rights”.

No, their goal is to get/maintain power, even (especially) if it means pandering to another group of Canadians whose goal is to deny the first group their most basic of human rights.

Does it matter which ethnic group is being targeted? Unfortunately, it does, for politicians, journalists, activists, and, very likely, for you.

I’m Macedonian. Many of you just lost interest. (You should ask yourself why you think an entire ethnic group doesn’t deserve your support). But we’re used to it. And we’re used to being attacked or hung out to dry.

I’ll say it again – imagine it was you.

Macedonia’s name was brutally and forcibly changed, Macedonians’ identity redefined, and Macedonian history rewritten – all to support Canada’s (read: the USA’s) “strategic partners” and fellow NATO members, Greece and Bulgaria, and their publicly stated end goal – yes, public – of denying the existence and persecution of the large Macedonian minorities within their borders. You see, without the eradication of everything Macedonian, Greece and Bulgaria wouldn’t permit Macedonia’s (unnecessary and unwanted — but that’s another story) NATO and EU membership.

And Canadian politicians spin this as “Euro-Atlantic integration” – because their US foreign policy mentors say so.

Don’t be fooled. Canada’s political parties have no foreign policy. They have no leadership. And they have no right to even discuss human rights, not until they declare independence from the United States and definitely not until they can stand up for the most basic of human rights, by doing the most basic thing, making one statement in support of an ethnic group’s right to exist.