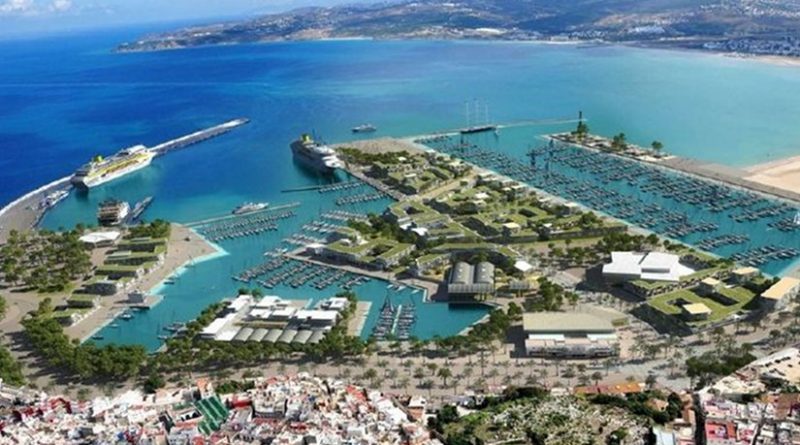 The Tangier-Metropolis Program was elaborated to be an unprecedented urban model in Morocco and in the southern shore of the Mediterranean. The development plan will span five years (2013-2017) and is totaling 7.663 billion dirhams of investment. This ambitious program will provide innovative mechanisms in urban planning, and aims to create a new dynamic of global development, balanced sustainable and able to ensure the success of this structuring project.

The integrated project development for Tangier takes into account the concerns of an economic, tourist, urban, ecological and landscape, and will ultimately improve the quality of life of the Tangier inhabitants. To this end, an action plan was elaborated and will cover the period 2013-2017 and is based, in terms of vision and missions planned around several key areas for action.

The project aims to open new areas for urbanization, urban qualification of existing tissue and urban restructuring, as well as the improving accessibility to the site and the integration of its local endogenous development, the establishment of a strategy support of economic and social activities.

Natural and strategic gateway at the crossroads of Europe, Africa, America and Asia, Tangier attracts considerable investments thanks to its many industrial assets that have enabled the realization of the Tangier Med Port where internationally renowned companies chose to settle such as Renault -Nissan group or Maers , the Danish giant, which is considered the first shipping company and the largest owner of container-ships in the world.

Based on an innovative approach in terms of transversality, integration and coherence of policy interventions , this ambitious program takes into account the basic structural elements of a future-oriented metropolis namely the urban environment to improve the quality of life the social environment for the development of human potential. With regard to the urban environment , new access will be created for the decongestion of the city as well as a device that will connect the Atlantic to the Mediterranean. This will master and anticipate the flow of Tangier. With the aim of spatial and economic reorganization , all municipal services generating traffic will be moved in the periphery.

The Tangier-Metropolis program will contribute effectively to the creation of a third highway, a coastal road , duplication of provincial roads, the creation of large bypasses such as linking the Atlantic to the Mediterranean ‘Bypass the two Seas’ the generalization of ways in neighborhoods, creating uneven passages and underground car parks within the city and an Atlantic coastal road ‘Bypass Ocean.’ This urban policy will be accompanied by a special focus on environmental issues with the objective of sustainability.

In terms of the social environment, Tangier will be enhanced by the construction of 25 new schools and 21 kindergartens, but also the extension of four schools and the conversion of 166 prefabricated classes to solid construction and connection all schools to water and electricity networks.

In terms of health care provision, four new clinics will be created and six health centers reclassified. Hospital Mohammed V will be rehabilitated , a facility for emergencies will be created as well. As for sport fields, His Majesty King Mohammed VI gave His High Instructions for the creation of several sport fields with international standards. An Olympic swimming pool, a large tennis complex with a central courtyard, 6 soccer fields and other fields for basketball and volleyball. City of Sports will include a hotel , a sports clinic and an entertainment area with a shopping mall exclusively for sporting goods.

Tangier is the second economic center of Morocco after Casablanca. Industrial activity of Tangier is diversified textile , chemical, mechanical, metallurgical and naval. The city currently has four industrial parks of which two have the status of a free zone: The Tangier Free Zone and Port Free Zone . Industrial reserve will be created in the south of the city near the intersection. All communal facilities will be transferred outside the city to provide citizens with timely and quality servicing. It will also engage in the construction and rehabilitation of local markets to improve hygiene and sanitation, and resettlement of street vendors.

This new economic environment also includes the tourism component, both to protect and upgrade existing sites but also to develop tours of the city.

Tangier known worldwide for its historical and cultural heritage will benefit form a major project that will be devoted to the rehabilitation of Tangier heritage including the famous Hercules Caves, the villa and garden Harris Rmilate . A palace of arts and culture and a brand new theatre will crown the cultural devotion of the Bride of the North.

Eleven new mosques and parallel rehabilitation of seven mosques to allow citizens to perform their religious rites in peace.

For sure, this Royal project will accelerate the development of Tangier and will have a highly positive economic, social and cultural impact on the whole northern region.