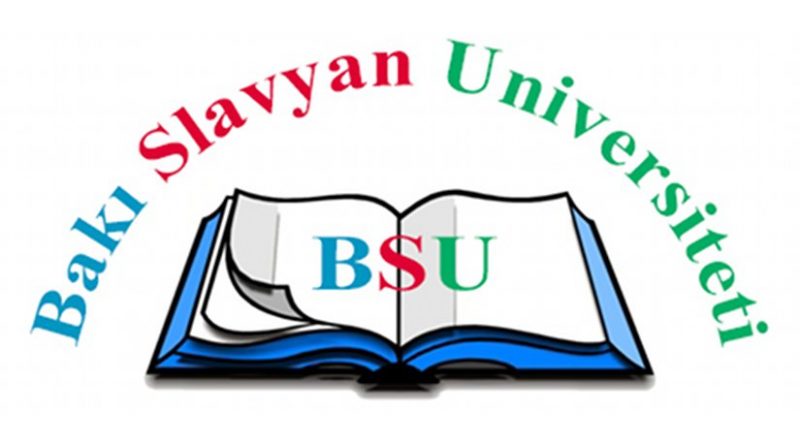 On May 19-20, 2017, Baku Slavic University, under the leadership of Hon. Chancellor Nurlana Əliyeva Müzəffər Qizi, hosted an International Scientific Conference focused on “the study and teaching of current issues of Russian language and literature in Azerbaijan: its practice, problems and perspectives in secondary schools and universities.”

On May 4, 2017, Chancellor Nurlana Aliyeva (Nurlana Əliyeva Müzəffər Qizi), hosted the VIII International Scientific Conference on current issues of Azerbaijani studies, in the campus of Baku Slavic University. This emblematic conference marked the 94th birthday anniversary of the Azerbaijani national leader Heydar Aliyev. Prior to the conference, its international keynote speakers visited the Lane of Honor to lay a wreath of laurels and flowers at the tomb of national leader, Heydar Aliyev, who is the founding father and architect of modern Azerbaijani state. They also visited the grave of prominent ophthalmologist, Academician Zarifa Aliyeva and honored her memory.

In her opening statement BSU Chancellor Nurlana Aliyeva stated that this conference: ‘aims to study the political and scientific heritage and published works of national leader Heydar Aliyev, as well as the ideology of Azerbaijanism founded by the national leader.’ BSU Chancellor Nurlana Aliyeva emphasized the role of President Ilham Aliyev in promoting Azerbaijan around the world as a country with a powerful army, strong economy and a flexible diplomacy.

Currently there are excellent scientific cooperation programs and student exchange initiatives that are taking place between Azerbaijan and Bulgaria. Bulgarian Language is one of the languages taught at BSU, according to Chancellor Nurlana Aliyeva: “Azerbaijani students demonstrate a special interest in the history, ethnography, economic and cultural life of Bulgaria.” Furthermore, Chancellor Nurlana Aliyeva praised the First Lady of Azerbaijan and president of the Heydar Aliyev Foundation, Mrs. Mehriban Aliyeva, for her indispensable role to strengthen the relations between Azerbaijan and Bulgaria.

According to Mrs. Slavka Buzukova: “Azerbaijan is a friendly and brotherly country to Bulgaria; the majority of universities in Bulgaria are very interested to cooperate with Azerbaijani institutions, including the Baku Slavic University.” Both sides agreed to strengthen student exchange programs between universities of the two countries and expand joint scientific research projects.

At the Baku Slavic University, the tradition of promoting cultural, literary and scientific conferences begun in 2005; with Academician and chancellor Kamal Abdullayev (2000-2014). Under Chancellor Abdullayev’s tenure BSU hosted a Scientific Conference focused on “the Caucasus; Languages and Cultures.” In this occasion, a number of lectures and scientific papers were presented. The article of Prof. G. Aslankhanova provided detailed information on the “Conjunctions of Lezgian (Lezgin) literary language adopted by Azeri language”; it was one of the first publications in this field. According to Linguistics Professor G. Aslankhanova: “the Lezgian language does not only have conjunctions adopted from Azeri language; it also has word expressions as well as conjunctions.”

Moreover, conjunctional words used in Lezgian language have been influenced by the structural standpoint of Azeri language. According to the author: “Lezgian language had not developed its own early system of conjunctions; in fact it was developed at a later stage, as a result of language development and translation from other Languages.”

Another exceptional paper was focused on the cartographic contents, geographical denominations (toponymies) of the maps of historical Garabagh, ethnic composition of Garabagli population at the end of the XIX century. There has been centuries’ old connections and bondage between the Azerbaijani nation and the Caucasus; there is a myriad of mysterious fascinations in the word ‘Caucasus’. A particular emphasis is associated to the nature and man. Over time, development of multiculturalism and religious dialogue have made Azerbaijani nation as true Caucasians.

In the region of Nagorno-Karabakh and in other territories of Azerbaijan, the people of Azerbaijan have displayed extraordinary persistence, unique hospitality, legendary courage, equipped with a great soul, and exceptional folkloric costumes. Azerbaijani people are impressively loyal, trustworthy and naïve, although their recent history has been filled by tragedies and bloodshed among its civilian population, due to the cruel invasion of Azerbaijani Sovereign territory by the Armenian Armed Forces for over twenty five years, and Armenian economic blockade against Autonomous Republic of Nakhchivan (since 1991).

For over two decades, Baku Slavic University and its leadership has given a special importance to the study and preservation of Caucasian Languages and multiculturalism wealth in Azerbaijan and the region.