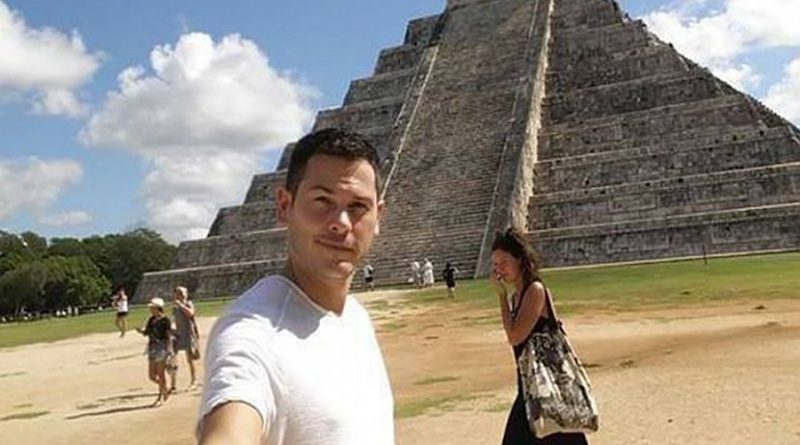 One of the profile pictures of Nikolov. Photo: Facebook

Dozens of Bulgarians have been cheated by Alexander Ivanov, a high-profile Facebook user with thousands of followers – who turned out to be a fake character, interested in robbing people’s savings.

When Vanya Kramer, a Bulgarian journalist based in Chicago, found out she urgently had to fly back to Bulgaria together with her family in July, she looked for a good offer for plane tickets.

A good friend got her in touch with Alexander Nikolov, a Bulgarian based in Paris who was offering cheap flights.

Kramer did not hesitate to buy the tickets from the Nikolov, especially after finding out that he was in her friends list on Facebook and that they shared over 80 friends – all high-profile Bulgarians.

Together with her husband and son, they flew back to Bulgaria without any problems.

But later, she found out that over 13,000 US dollars had been deducted from her credit card, as she had given the ticket seller her card details.

“What fooled me is that many people had travelled with tickets bought from him, and we had so many common friends, who were sharing him as an expert,” the journalist told BIRN on Wednesday.

“It is scary how many of us have been so uncritical and have been caught off guard,” she added.

Since July, Kramer has been in touch with at least 60 people who Nikolov also defrauded.

In July, some of them alerted the Bulgarian policе. On Tuesday, the organized crime directorate of the Interior Ministry confirmed that it had identified who was behind the fake Facebook profile and had launched an investigation.

The ministry refused to give more information about the identity of the suspect to BIRN on Wednesday, however, explaining that this risked compromising the investigation.

The case is without precedent in Bulgaria as the fraudster had built up a large network of prominent contacts among Bulgarians living in the country and abroad, targeting well-educated middle-class people. Among his victims are journalists, managers and a lawyer, reports have found.

It seems to have taken the person who stands behind “Alexander Nikolov” years to build up the exclusive image of a young handsome and successful Bulgarian who traveled the world.

His Facebook profile says he is based in Paris but often travels to the US and South America and has worked for a number of top companies, such as Airbus and France 2.

He was “born” on Twitter and Facebook around 2012 and 2013, when he also started the blog “Nepolitkorektno” [“Politically Incorrect”], which gained him popularity as a sharp observer of political life.

His image was boosted during the anti-government protests Bulgaria in 2013-2014 when some of his texts were published in a number of prominent websites, to which he offered his work pro bono.

He got involved in online projects, such as the online media chronicle.bg, bought by Webcafe media group in 2015, and e-spaces.eu, a media outlet that is currently inactive.

But what is striking is that none of the people who have been in contact in Nikolov in relation to business projects, media appearances or ticket purchases have ever seen him.

Despite that, he had convinced a large group of people to share their personal and bank details with him, which he then used to plunder their accounts.

It will remain unclear how much he profited from these illegal activities until the authorities reveal more details about the case.

Kramer says that thanks to her US insurance policy, she has since recovered the sum lifted from her bank account. But the damages that Nikolov’s other Bulgarian “clients” have suffered remain unknown.

It also remains a mystery who the photos of the young man published on Nikolov’s profile truly belong to.

Georgi Apostolov, a coordinator of the Bulgarian Safer Internet Centre, said the case was unique in Bulgaria, mostly because of the long period of time the fraudster used to “get round his victims”, which took four years with some of them.

“This man is an intellectual in the ‘profession’, he has created a whole network of connections and has built up a long-term image, applying different approaches to different people. This requires a high level of intelligence,” he commented.

According to Apostolov, the fact that Nikolov managed to trick such a large number of people is evidence of the poor digital literacy of Bulgarians, which makes them easy to cheat and manipulate.

He also predicts that such cases will become more common as social contacts shift more and more to the digital space. “People have started to replace emotional assessment with the assessment of emoticons, which makes them vulnerable,” he concluded.